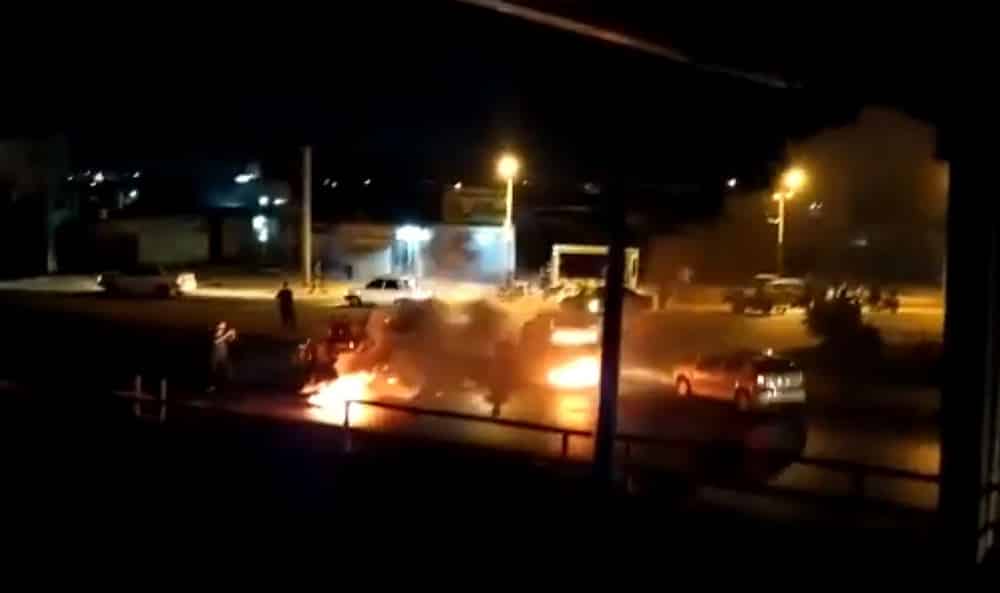 Since Thursday, the Iranian province of Khuzestan has been the site of numerous large-scale protests over worsening water shortages. The demonstrations emerged within weeks of the start of similarly expansive protests in Khuzestan and various other regions, stemming from lengthy and far-reaching blackouts in the midst of the summer heat. The blackout issue remains unresolved, and many of those protests are still ongoing while the water shortage protests threaten to extend far beyond Khuzestan. Even Iranian state media acknowledges that over a quarter of Iran’s 84 million person population has been affected by those shortages in recent years.

Both protest movements squarely take aim at the Iranian regime’s policies and, indeed, at the regime itself. To a great extent, the water shortages are driven by the proliferation of dams built either by the government and by the numerous front companies for the Islamic Revolutionary Guard Corps. By most estimates, the IRGC controls the vast majority of the country’s GDP, and this is a testament to the lack of both internal and external restraints on its self-enriching behavior.

On July 4, the state-run newspaper Hamdeli acknowledged that “experts’ warnings about not building dams and building wells have always been neglected,” with the result being that “the water shortage crisis is now threatening the lives of millions.” Accordingly, activism is steadily growing among that population, but so far there has been no indication that the IRGC or regime authorities are any more inclined to listen to public pressure than to pressure from experts. This is presumably why the ongoing protests in Khuzestan have assumed a distinctly anti-government tone, with slogans that are reminiscent of previous mass uprisings in support of regime change.

Participants in those protests have been heard to chant “death to the dictator” and “death to Khamenei” in reference to the ultimate authority over all matters of state. The same slogans were heard in the protests over blackouts, alongside the even more explicit slogan, “Death to the Khamenei.” The National Council of Resistance of Iran issued a statement on Sunday which referenced both protest movements and was still more explicit about its expectations.

“The mullahs deny the people water, power, bread, housing, and vaccines to provide for the unpatriotic nuclear and missile projects and their warmongering in the region,” the statement said after conveying a call-to-action from NCRI President-elect, Mrs. Maryam Rajavi to all Iranian activists, especially the young. She appealed to them to “rush to the aid of the people of Khuzestan, especially the wounded,” then pointed to the regime’s repression of dissent as evidence that “as long as the plundering mullahs remain in power, poverty, unemployment, and disease will continue.”

The Iranian Resistance has openly advocated for regime change since very soon after the 1979 revolution and the advent of the current regime. It reiterated that position before a vast global audience earlier this month when it held the Free Iran World Summit, a live-streamed event connecting Iranian expatriate gatherings in 17 countries and featuring speeches from dozens of American and European supporters of the democratic Resistance movement.

In a speech on the first day of the three-day event, Mrs. Rajavi urged the international community to support the Iranian people’s struggle for regime change and underlined that this support will become more vital than ever before in the “new era” that is set to begin August 5 with Ebrahim Raisi’s inauguration as the regime’s new president. Raisi was “selected” on June 18, but the vast majority of the population sat out the tightly-controlled proceedings as an act of protest over his history of human rights abuses.

In 1988, Raisi was a major participant in a massacre of political prisoners which left over 30,000 people dead. In late 2019 and early 2020, as judiciary chief, he oversaw the crackdown on dissent following a nationwide uprising that spanned nearly 200 localities and contributed to the mainstream embrace of anti-government slogans that were taken up by residents of Khuzestan last week. These and other incidents underline that Raisi is being installed as president for the express purpose of expanding the repression of dissent even further.

On the other hand, the Iranian people will actively push back against this trend. The Khuzestan protests are evidence of that. But as reports continue to emerge of authorities opening fire on those protests and conducting mass arrests, the situation should also serve as a reminder to Western powers about the need for policies that safeguard the Iranian people and discourage the regime from further violations of human rights.

At the conclusion of the Free Iran World Summit, Mrs. Rajavi referred to Raisi’s pending inauguration as a “litmus test of whether [the international community] will engage and deal with this genocidal regime or stand with the Iranian people.” But the world need not wait for that test. It can stand with the Iranian people right this moment by supporting them in the face of clashes with authorities in Khuzestan and any other place where unrest emerges between now and August 5.