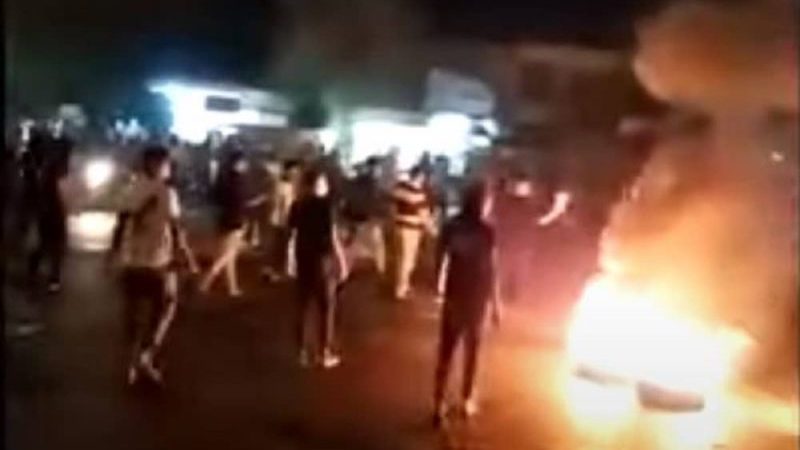 By Secretariat of the National Council of Resistance of Iran (NCRI), Originally published in NCR-Iran.org, 19th July 2021

The Uprising of the Thirsty – No. 4

Repressive forces attacked, fired on demonstrators in Susangerd, injuring many

Despite the dispatch of the anti-riot State Security Force (SSF) units, the uprising of the people of Khuzestan in protest to the lack of water continued on Sunday night, July 18, for the fourth consecutive night.

In Susangerd, defiant youths resisted the heavily armed SSF while chanting, “We will not accept humiliation,” and “People demand regime change.” The SSF special anti-riot units tried to disperse the demonstrators by firing tear gas and pepper spray, firing bird shots, and directly targeting the defenseless protesters, which wounded many people. However, the youths resisted them by throwing rocks while chanting anti-regime slogans.

In Shush, demonstrators surrounded the governor’s office. Terrified of the growing anger of the demonstrators, the SSF retreated into the building and closed the gate.

The defiant youths set fire at the main Ahvaz-Shush highway in the Al-Baji area north of Ahvaz and the main road in the Malashiah area south of the city. In Khorramshahr (southwest Khuzestan), to prevent the spread of protests, regime security forces set up checkpoints at the entrance to the city and arrested youths and protesters.

Secretariat of the National Council of Resistance of Iran (NCRI)
July 19, 2021