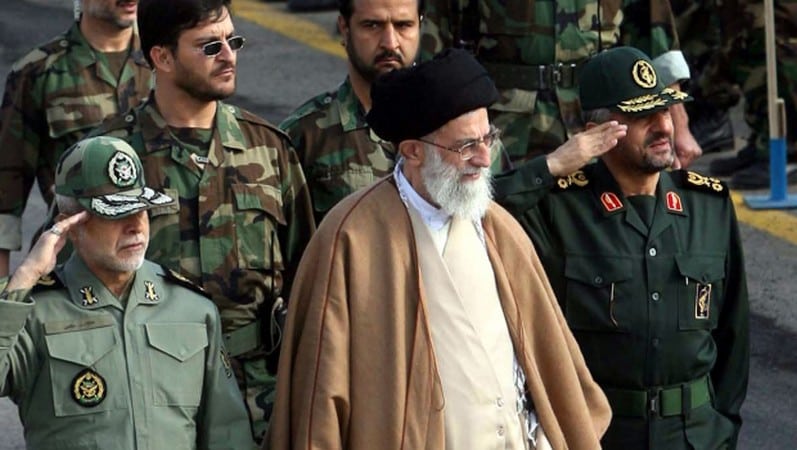 A bipartisan group of prominent Americans including former senior administration officials, diplomats and generals, has handed President-elect Donald Trump a letter calling for a new approach towards Iran that includes opening a dialogue with the outlawed opposition.

The 23-strong group says despite the outgoing administration’s hopes that the negotiated nuclear agreement would lead to better behavior on the part of the Iranian regime, that has not been the case.

“President Obama expressed the hope that nuclear negotiations would induce Iran’s leaders to act with greater consideration of American interests,” the letter states. “It is now clear that Iran’s leaders have shown no interest in reciprocating the U.S. overture beyond the terms of the JCPOA [nuclear deal] which gained them significant rewards.”

On the contrary, it says, “Iran’s rulers have directly targeted U.S. strategic interests, policies and principles, and those of our allies and friends in the Middle East.”

The letter cites Iran’s involvement in advancing sectarian conflict through its support for the Assad regime in Syria and Shi’ite militias in Iraq, and abuses at home including an “extremely high rate of executions.”

“To restore American influence and credibility in the world, the United States needs a revised policy based on universally shared norms and principles reflecting the ideals of peace and justice,” the letter says.

The signatories voice strong support for the exiled opposition group, the National Council of Resistance of Iran (NCRI)/People’s Mujahedeen Organization of Iran (MEK), and urge Trump to establish a dialogue with the group.

Commenting on the initiative, former U.S. ambassador to the U.N. John Bolton said the clerical regime in Tehran has been a problem since the 1979 Islamic revolution.

“People talk about Islamic terrorism, they refer to ISIS or al-Qaeda, let’s make it clear what the real source of support for terrorism around the world – it’s the regime in Tehran,” he told Fox News. “They’re the world’s central banker.”

Bolton, who is not a signatory but has long voiced support for the NCRI, said, “I think what’s being offered here is to say, ‘Look, there is an opposition in Iran.’”

Asked about the possibility of Trump making contact with the NCRI as he had done with the president of Taiwan – angering China in the process – Bolton said that reaching out to the Iranian opposition “would have a remarkable effect.”

“That doesn’t mean you speak to everybody, but it does mean you pick your shots. Just because the government in Beijing doesn’t like it when we talk to the Taiwanese, just as I’m sure the ayatollahs will not be happy at all for President Trump or members of his administration to talk to the Iranian opposition … that should not deter us.”

“If anything, that should make us more interested in finding out what we can do to help the legitimate opposition in Iran, from whatever perspective they come from.”

Bolton commented on the bipartisan nature of the letter.

“You don’t see a lot of that in Washington, we haven’t for the past eight or ten years.”

In veiled criticism of the Obama administration’s approach to Iran, they write that the U.S. can no longer allow strategic interests – trying to reach a political settlement to the Syria conflict and stemming the flow of refugees fleeing the violence – to “be held hostage to a concern that Iran might renege on its commitments under the JCPOA.”

“The Iran policy will have to change, including a longoverdue focus on gross internal human rights violations and the lack of democratic legitimacy which is at the core of the Tehran regime’s lawless and destructive role.”

Until 2012, the NCRI/MEK was a U.S.-designated foreign terrorist organization. The letter writers argue – as does the NCRI – that the regime covertly spread false and damaging information about it, and that terror designations by the U.S. and other Western governments were largely diplomatic gestures taken at the regime’s request.

They noted that the NCRI/MEK had provided the West with key intelligence that helped to uncover Tehran’s clandestine nuclear program – “an act for which President George W. Bush publicly credited” the group.

“It is time to end the fundamentalist regime’s undue influence over U.S. policy and establish a channel of dialogue with the NCRI, as many other governments have done, consistent with the longstanding U.S. diplomatic practice of dialogue with political opposition groups worldwide.”

An attachment to the letter highlights NCRI leader Maryam Rajavi’s political program for a future Iran that includes universal suffrage, a guarantee of rights for all citizens and particularly women and minorities, an end to judicial excesses, an end to “the nightmare of fundamentalist Islamic dictatorship by once again separating church and state,” protection of property rights and, “last but certainly not least,” a non-nuclear Iran.