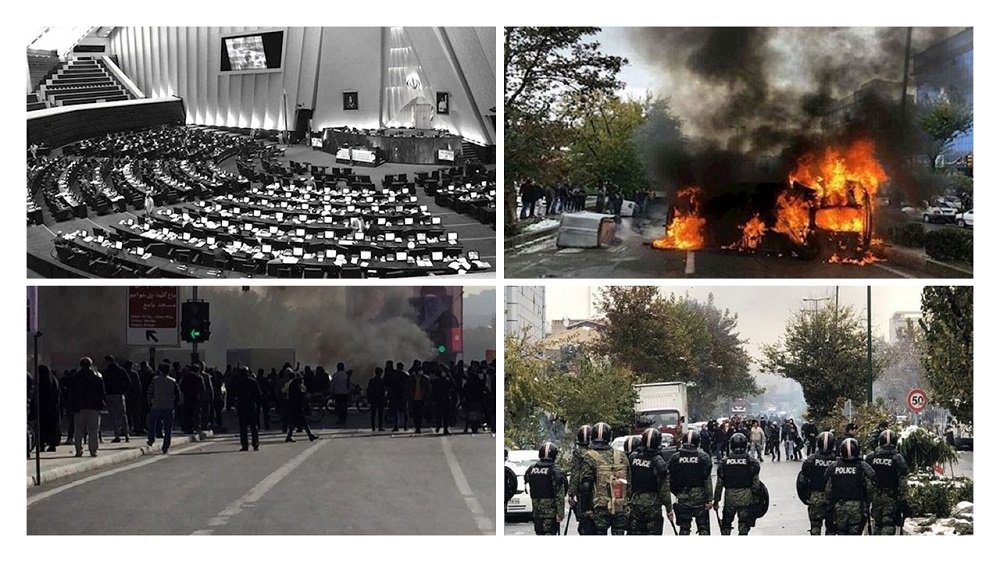 Having control over vital organization within the regime, the faction close to the regime’s supreme leader, Ali Khamenei, has been using the disqualification mechanism; and it relies on the lower class of society and systematic engineering of elections. The rival faction, or the so-called “reformist” faction, with the regime’s current president Hassan Rouhani as its head, despite its active role in  domestic repression and export of terrorism, yet under the pretext of moderation tries to attract the middle class’s vote, to gain a greater share of power for itself.

With the nationwide Iran protests in 2017-18 and November 2019, Khamenei’s faction lost the support of its traditional social class, the poor, especially those living in suburbs. Rouhani’s faction, due to its active role in all the regime’s crimes, was totally rejected by the Iranian people. People’s slogan, “Reformist, hardliner, the game is over” demonstrated this truth. Therefore, both factions’ estimate much lower public presence in parliamentary elections this year in comparison to previous years; which is their deepest concern. They truly fear a general boycott of elections, and they need to increase election fraud and fabricating votes.

Candidates were registered within six days from December 1, 2019 to December 7. According to the regime’s laws, candidates will be qualified in two stages. The first phase was launched by the Interior Ministry’s executive committees on December 7 and ended on December 17. The second phase of eligibility review by the Guardian Council began on December 23 and is expected to be announced to candidates by January 21.

Some 16033 candidates are running for the elections. Some 88% of registered candidates are male and 12% are female. Of the total number of candidates, 4101 candidates had participated in the Iran-Iraq War, 90 are military personnel and 680 are clerics.

Some 633 candidates are former members of parliament, of which 248 are in the current parliament.

So far, most of the disqualified candidates are from the so-called “reformist” faction; but there are several conservative candidates among them, including 90 members of the current parliament who had been approved by the same Guardian Council four years ago. Of those 90, some 60 were reformists and 23 were members of the Larijani-affiliated faction, with a few being disqualified because of corruption.

The Guardian Council may, by its discretion, qualify or disqualify candidates up until election day. The Council does not publicly state the reasons for disqualification but informs the disqualified person himor herself.

“Statistics indicate we have an unprecedented disqualification in the election in the history of Islamic Republic,” the state-run Etemad newspaper wrote on January 13.

This level of disqualification reflects the depth of the regime’s emerging crises. While the regime desperately claims and yet needs absolute unity, it has no response to these crises. In a nutshell, the regime’s incapability of resolving the economic, political and social problems has intensified its infighting.