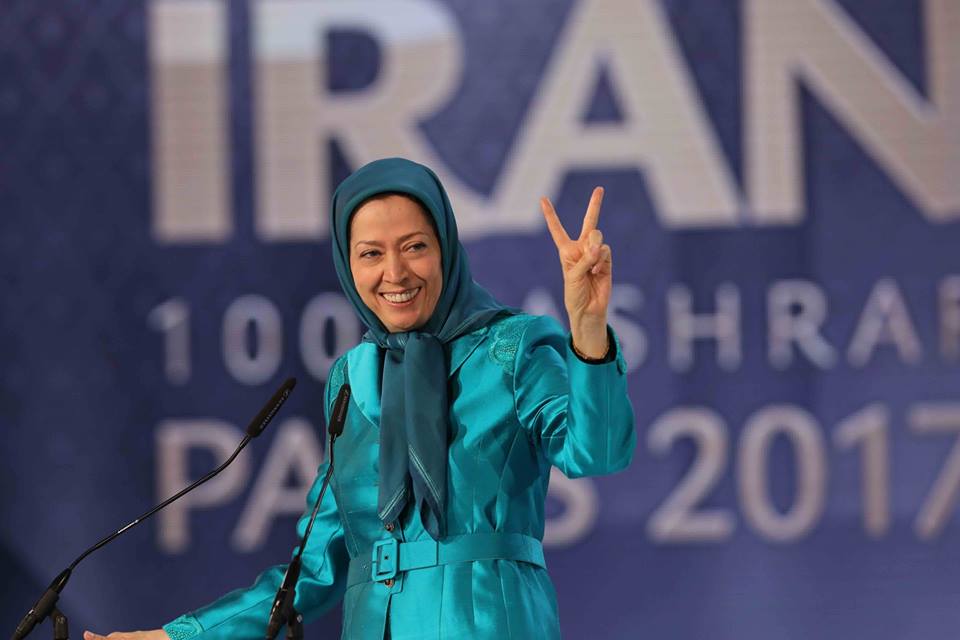 thousands of supporters of the largest Iranian opposition group, the National Council of Resistance of Iran, gathered outside Paris today, there is new confidence that pressure on the Iranian regime could finally lead to change.

Recent reports say the Trump administration is potentially considering seeking a strategy to try to topple the regime, and last week the United States Ambassador to the United Nations Nikki Haley, put Iran on notice during a speech at a U.N. Security Council meeting on Iran.

“Iran’s destructive and destabilizing role in the Middle East goes far beyond its illicit missile launches. From Syria to Yemen and Iraq to Lebanon, Iran’s support for terrorism continues unabated,” she said.

“The continuance of the Iranian regime’s destructive destabilizing behavior will prevent it from ever having a normal relationship with the United States and rest of the world, and the regime’s continual oppression of its own people speaks volumes of its true nature,” Ambassador Haley said.

The new tougher stance from the administration is a welcome move for the leader of the opposition group, Maryam Rajavi.

“The United States and the international community must respect the desire of the Iranian people for regime change and recognize this right,” she told Fox News in an exclusive interview from her group’s headquarters outside of Paris.

Rajavi tells Fox News that her group’s activists inside Iran have stepped up their opposition to the government, and says a revolution against the theocratic regime could come from within.

“The Iranian resistance movement is in a new position and on the offensive in its showdown with the regime. Our resistance is an organized movement. The potential for an uprising exists within Iranian society,” she said.

Rajavi and others fear that without a stronger policy from the international community, Iran’s influence in the Middle East could only grow.

Tehran is said to be trying to create a so-called Iranian Shiite crescent, grabbing territory from its border through Yemen, Iraq, Syria and Lebanon to obtain a foothold on the Mediterranean.

Observers say the moves are intended to create a Shiite land mass that could give Iran, and its proxies a border with Israel.

Mrs. Rajavi says the U.S. and its Arab allies need to push that back.

“From the outset we have rejected this reactionary and bellicose policy and seek amicable relations with the rest of our neighbors to confront this regime, the Islamic revolutionary Guard Corps must be designated as a foreign terrorist group and evicted from the region. More sanctions need to be imposed on the regime.”

Mrs. Rajavi said she is confident that the forces of democracy and freedom will eventually prevail.

Rajavi has called on international organizations to expel Iran because of its support of terrorism, restore sanctions on some officials and start war crimes prosecutions for those that she says are responsible for massacring civilians.

Iran, however considers the N.C.R.I a terrorist organization, a claim the group rejects. The N.C.R.I says the regime has executed more than 120,000 of its followers who oppose the regime.

Mrs. Rajavi alluded to America’s July 4th Independence Day, and the rights secured in the Declaration of Independence.

“This is stipulated in the American Declaration (of) Independence, whenever any form of government becomes destructive of the people’s rights, it is the right of the people to alter or to abolish it and institute” a government of their liking. Regrettably, so far, the western governments’ policy of appeasement has prevented the realization of this demand,” Mrs. Rajavi told Fox News.