New Book Details Atrocities by Iranian Regime in the 1980s 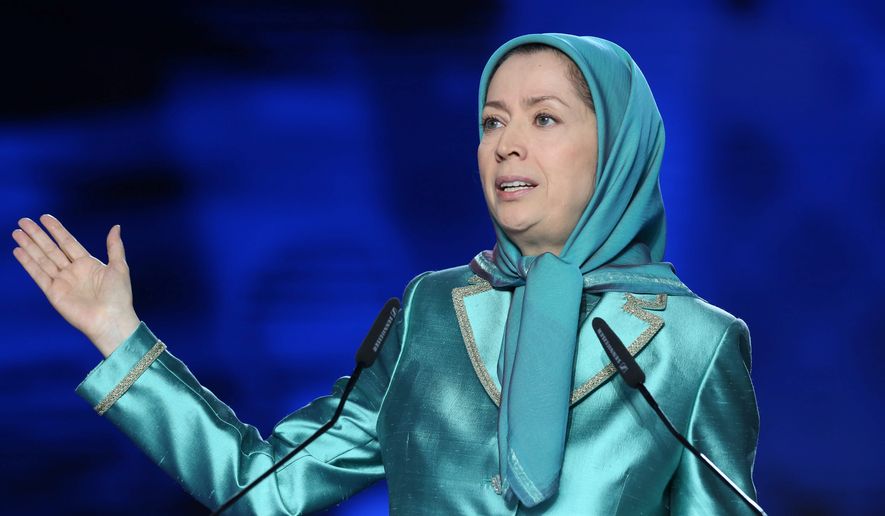 ROME — Members of the European Parliament on Wednesday used a book presentation to heap praise on the head of a leading Iranian dissident group while urging European Union member states to do more to confront Iran over human rights abuses.

The book, “Crime Against Humanity,” lists the names of more than 5,000 people reportedly killed by the Iranian regime 31 years ago. The book also details the findings of 35 commissions looking into the atrocities and lists the locations of three dozen mass graves in Iran.

The Mujahedin-e Khalq, or MEK, has emerged as a leading expatriate dissident group battling the Iranian regime. The book released Wednesday claims that as many as 30,000 political prisoners and opposition figures were killed in Iran in 1988, though organizations including Amnesty International list lower totals.

The majority of those killed in 1988 were members of the MEK. MEK leader Maryam Rajavi was the event’s keynote speaker, where she called for a “firm European policy which necessarily requires lending support to the Iranian people’s resistance [in order] to establish democracy and popular sovereignty” in Iran.

Ms. Rajavi said that recent events, which include confrontation with tankers passing through the Strait of Hormuz and an attack on a major petroleum refinery in Saudi Arabia, are proof that her warning to the European Parliament two years ago was coming true: “I warned then that ‘if the ruling religious fascism in Iran is not dealt with decisively, they will impose a fatal war on the region and the world.’”

Iran has denied its role in the events Ms. Rajavi mentioned.

Several dozen EU parliamentarians attended event for the release of the book, which was held in a committee meeting room at the European Parliament in Strasbourg, France.

Anna Fotyga, a Polish member of the legislature and a former minister of foreign affairs who chaired Wednesday’s proceedings, called on the European Union to “focus on human rights abuses when it comes to relations with Iran.”

Patrizia Toia, a member of parliament from Italy, told Ms. Rajavi, “You have our full support in your struggle to achieve freedom and democracy for your people.”

Andrea Dessi, a senior fellow with the Institute for International Affairs, a Rome-based think tank, said events like the one on Wednesday could help push the European Union into more of a hard-line stance toward Iran that is more in line with that of the Trump administration.

“We are not going to see a policy shift on Iran from one day to the next,” Mr. Dessi said in an interview. “This was a relatively low-key event, but it’s still significant that it took place and that it was well attended even as the European Union is focused on Brexit and what is taking place on the Turkey-Syria border.”

The event also took place the same day police in Albania said they foiled the plans by an Iranian paramilitary network that reportedly had plans to attack the MEK’s main base in that country.

MEK constructed its “Ashraf-3” base in what had been Albanian pastureland over the past three years, after previous bases in Iraq were abandoned for safety reasons. It was the second reported plot to attack the Ashraf-3 base thwarted by Albanian officials in less than eight months.