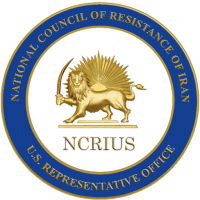 The U.S. Representative Office of the National Council of Resistance of Iran (NCRI-US) welcomes the signing into law of a legislation, which includes a title, ”Countering Iran’s Destabilizing Activities Act of 2017.” The new law imposes sanctions on the Iranian regime for its human rights violations at home and its ballistic missile program. NCRI-US also welcomes the imposition of terrorism-related sanctions on the Islamic Revolutionary Guards Corps (IRGC), under Executive Order 13224 (50 U.S.C. 1701 note; relating to blocking property and prohibiting transactions with persons who commit, threaten to commit, or support terrorism).

These sanctions are long overdue and should be implemented and enforced immediately and fully. As such, there should be no loopholes allowing the regime and its official and unofficial entities, as well as its domestic and foreign interlocutors to evade the implications of this law.

The IRGC has a large number of associated organizations with extensive resources and funding whose profits end up funding terrorism in the region. For instance, the Khatam al-Anbiya Garrison has some 5,000 contractors, which dominate the Iranian economy, and is already a major sponsor of advancing the nuclear and missile program of Iran, as well as funding terror. This is among many entities, which must be included in the sanctions list of IRGC affiliate organizations under Executive Order 13224.

In addition, the IRGC and its affiliated entities must be expelled from Syria, Iraq, Lebanon, Yemen and elsewhere in the Middle East, as they are the main source of sectarian violence and terrorism.

Officials responsible for violating the fundamental human rights of the Iranian people, including those in charge of executions, in particular the 1988 massacre of 30,000 political prisoners, members of the main Iranian opposition movement, the Mujahedin-e Khalq (MEK), must be subject to sanctions and be brought to justice.

Over the past few years, the Iranian regime has extensively benefited from its access to U.S. technology, market, and academic and other institutions to advance its nuclear and missile program, as well as its agenda in the United States. The Justice Department must fully investigate any U.S. persons who have been providing services, under various pretexts, to the IRGC, the Ministry of Intelligence, Defense Ministry and other agencies of the Iranian regime.

2 Years Into Nuclear Deal, US Policy on Iran Needs Major Makeover
Comment
New Sanctions Show US Sides with Iranian People, Not the Regime