MENUMENU
Articles > New Sanctions Show US Sides with Iranian People, Not the Regime

New Sanctions Show US Sides with Iranian People, Not the Regime 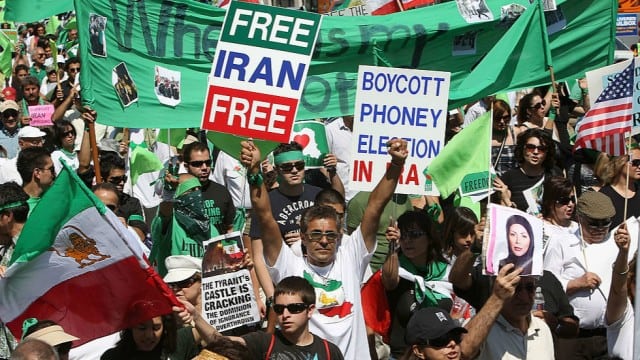 Last week, the “Countering Iran’s Destabilizing Activities Act of 2017″ received a rare and near unanimous bipartisan vote in Congress. The legislation placed more sanctions on the Iranian regime. It called for extending terrorism-related sanctions on the notorious Islamic Revolutionary Guard Corp (IRGC), Iran’s violators of human rights and its missile program, which is increasingly threatening world peace. It was signed into law earlier Wednesday.

This coincided with the second anniversary of the Iran nuclear deal. President Donald Trump has appointed a team in the White House to figure out how to deal with the agreement, but his administration has also correctly pointed out that the broader implications of that deal have by no means been positive.

Critics of the Obama administration’s conciliatory Iran policy understood that when sanctions relief was narrowly focused on the nuclear issue, Iran would be emboldened in other areas. They were right. Today, the regime is escalating its nefarious activities in the region, even carrying out several illicit ballistic missile tests in violation of U.N. Security Council resolutions.

In contrast to the dictatorship, the Iranian people are overwhelmingly educated, pro-democracy and seek to live in coexistence with the outside world. Understandably, they have a keen awareness when it comes to the threats presented by the regime.

The opening to the regime by the West was illusory, as President Hassan Rouhani will not oversee a period of “moderation” in Tehran. Western policymakers should take into account the Iranian people when designing Iran policy and look at the organized opposition, which is ready and capable to change the regime from within.

Had any Western executive body wanted the input of progressively-minded Iranians, they could have visited Paris on July 1 to hear from what a speaker described as approximately 100,000 of them at the international gathering for Free Iran.

The National Council of Resistance of Iran (NCRI) President-elect Maryam Rajavi applauded the international community in her speech for beginning to turn away from the conciliatory policies that had been adopted in the run-up to the nuclear agreement. Rajavi urged the U.S. and the rest of the world to designate the IRGC as a terrorist organization, ousting it from regional conflicts and pursuing human rights charges against Iranian officials who participated in a massacre of 30,000 political prisoners, mainly the activists of the main opposition Mujahedin-e Khalq (MEK) in 1988.

The recent congressional consensus on Iran addresses many of such demands, i.e., subjecting the IRGC to terrorism-related sanctions, imposing additional missile sanctions and subjecting human rights violators to sanctions. The congressional language needs to be followed up by the administrations to do the following:

Third, the list of rights violators must include all the key elements who ordered, facilitated and carried out the massacre of 1988. Finally, the organized opposition, which has been the main victims of repression, as well as the best hope for change, should be heard and their rights recognized to make a free Iran a reality.

If similar measures had been undertaken when the 2009 uprisings occurred, the show of international support very likely would have bolstered efforts to oust the clerical regime and establish a democracy in line with the secular and democratic principles long advocated by the NCRI.

The Free Iran rally exuded the promise that change in Iran is within reach. Several thousand protest actions have been recorded throughout Iran over the past year, even as the regime’s domestic crackdowns have escalated. The simmering resentment toward the regime is growing ever closer to spilling over into another mass uprising.

When the Trump administration is finished evaluating its post-nuclear deal policy on Iran, it would be a sharp departure from the past if these new realities on the ground are taken into consideration. It is time to recognize the right of the people for a free, non-nuclear and secular republic in Iran.