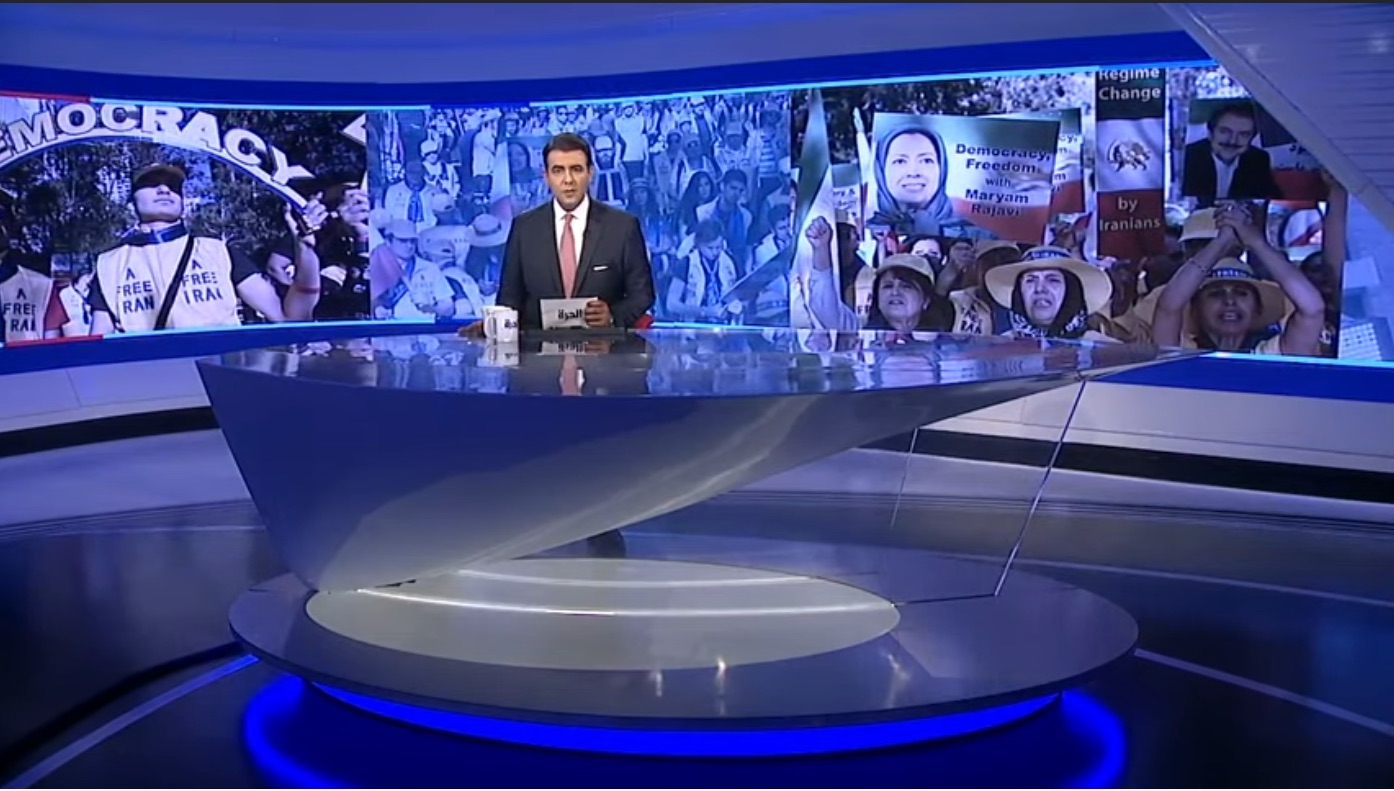 In a July 3 interview on Alhurra TV, Alireza Jafarzadeh, the Deputy Director of the U.S. Representative office of the National Council of Resistance of Iran (NCRI-US), expanded on prospects for change and recent reports of a fire and explosion at a nuclear plant in Natanz, Iran. In his appearance, Mr. Jafarzadeh touched on reports of the potential cause of the “incident” at Natanz, some of the history of how Iran’s nuclear program has been exposed to the international community, and what this means for Iran moving forward as it relates to change in the country.

Mr. Jafarzadeh explained that the “incident” at Natanz was a reaction to the Iranian regime’s nuclear weapons program and corroborates the growing anger inside Iran toward the regime. “People feel that the Iranian regime is spending billions and billions of dollars on a nuclear program, a missile program, exporting terrorism, funding the Shia militia groups in the region including Syria, Lebanon, Iraq, and Yemen, and as a result, there is a major uprising going on inside the country. People simply do not want this regime. They reject it,” Mr. Jafarzadeh said.

The “incident” in Natanz should be analyzed within a greater context at play here, the uprisings across Iran since late 2017. “In November 2019, there were demonstrations in over 200 cities, all over the country. The regime had to bring in the Revolutionary Guards (IRGC), who opened fire on the protesters, killing 1,500 people … the protests continued again in January of this year. You see there is a history of four decades of opposition to the rule of the clerics,” Jafarzadeh explained. Over 12,000 were arrested and several thousand protesters wounded during the regime’s brutal crackdown upon direct order of Khamenei, the regime’s Supreme Leader, last November.

In response to the anchorperson’s question regarding prospect of regime change in Iran, Mr. Jafarzadeh reminded that “the realities on the ground speak for themselves. Most importantly, the reaction of the Iran regime is the key. Look at the November 2019 uprising and how the regime reacted with sheer repression, bringing the IRGC in the streets shooting at the demonstrators and killing people every single day … Right now, the number one target of the Iranian regime’s terrorism is this movement. As we speak, several regime diplomats have been expelled from European nations, Albania, France, The Netherlands.  One of their top diplomats is in jail in Belgium. Why? Because they were targeting our movement. These are the realities on the ground.”

The NCRI-US’s Deputy Director further explained the role of the Iranian Resistance in directing and advancing the protests, saying “the National Council of Resistance of Iran (NCRI), is actually the parliament in exile that consists of 500 members, including the Mujahedin-e Khalq (MEK), the NCRI’s main component.  The MEK has a strong presence inside Iran.  They have Resistance Units whose main task is organizing protest acts and demonstrations.  The November 2019 uprising was led by these Resistance Units who directed the main slogans against the removal of the entirety of this regime.”

The significance of this cannot be understated as the NCRI continues to gain visibility in the international community. To that end, the interview touched on the bipartisan U.S. House majority support for the NCRI and what that means for both parties.

“The Mujahedin-e Khalq has been in existence since the time of the Shah battling for a free and democratic Iran.  There is no political movement anytime in Iran that has this level of history and commitment to overthrowing the regime … This resistance movement is legitimate. It’s not affected by anybody outside of Iran. It’s been going on for 40 years.  Just remember, in the summer of 1988 as many as 30,000 political prisoners, most of them belonging to the Mujahedin-e Khalq, on the order of [the founder the first Supreme Leader of the theocratic regime, Ruhollah] Khomeini himself, were massacred because they refused to endorse the regime and refused to reject their affiliation with the Mujahedin-e Khalq,” Mr. Jafarzadeh stated.