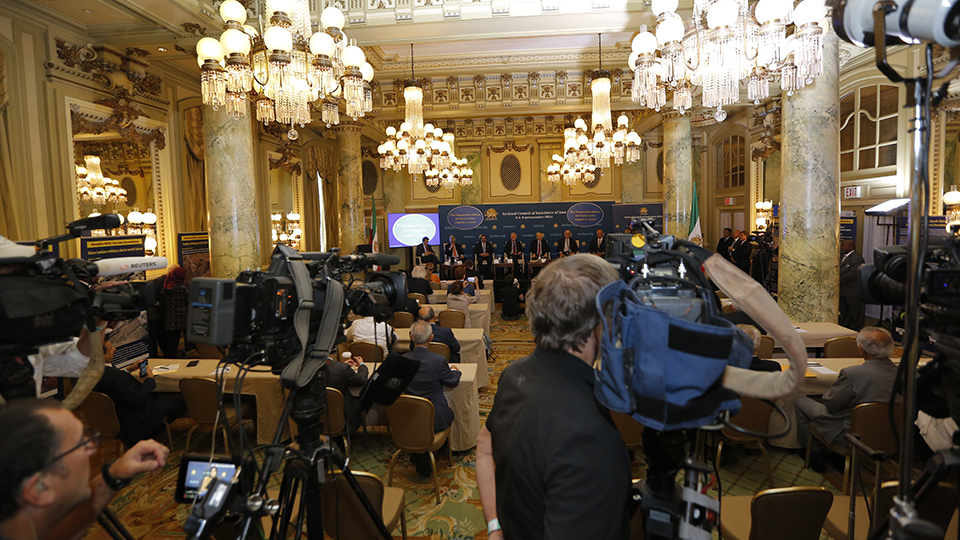 WASHINGTON, DC, UNITED STATES — On Wednesday, August 17, 2022, the National Council of Resistance of Iran – U.S. Representative Office (NCRI-US), held a conference on Iran on the 20th anniversary of its 2002 groundbreaking revelation of the secret Natanz nuclear site in Iran. Below are excerpts of international media coverage of the conference.

Wednesday’s conference was organized to examine Iran’s current nuclear agenda on the 20th anniversary of the NCRI press conference in Washington that revealed to the world the existence of a secret Iranian nuclear program at the Natanz and Arak nuclear facilities.

Jafarzadeh said that the Iranians will never abandon their nuclear ambitions because they see the program as a way to guarantee the survival of the regime and deter any potential foreign attack or military intervention. He urged the US government to support the Iranian people in their push for change in Tehran. MORE…

Agreeing that the theocratic regime in Iran is weaker than it has been since the revolution that brought it to power, a group of experts concluded Wednesday that there was an organized structure on the ground waiting to take over once the ruling government is toppled.

That was the conclusion of a panel of experts who gathered in Washington, D.C. Wednesday at a forum organized by an Iranian opposition group known as the National Council of Resistance of Iran (NCRI).

As President Joe Biden’s administration looks to be set on rejoining the Iran nuclear deal, a coalition of Tehran hawks is rising to urge him to halt his course.

Negotiations are continuing in Vienna as the US and Iran inch closer to an agreement. But some, especially DC’s conservative-leaning foreign policy establishment, are worried that the president has lost focus on the main goal: Preventing Tehran from developing a nuclear weapon. MORE…

Over the coming months and years, other revelations about the Iranian nuclear program surfaced.

Fast forwarding to Aug. 17 of this year, Jafarzadeh headed another NCRI press conference, again at the Willard. MORE…