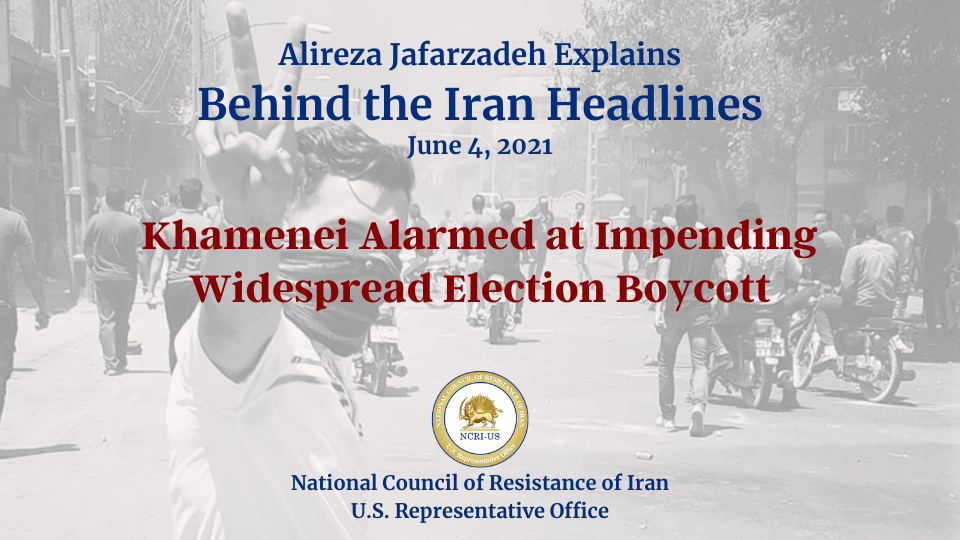 Alireza Jafarzadeh, NCRI-US Deputy Director: On the anniversary of the death of Khomeini, the founder of the most repressive regime in Iran’s history, Supreme leader Ali Khamenei gave a speech which, in a word, expressed his jubilation that his regime has not been overthrown, YET.

Clearly alarmed, Khamenei described the impending widespread boycott of the sham presidential election as an existential blow to his fragile regime and a “mortal sin.”

The president-elect of the Iranian Resistance, Maryam Rajavi, has been urging Iranians to boycott the election.

Iranian society is in an explosive state. Battered by a series of uprisings since 2017, institutionalized corruption and a bankrupt economy, Khamenei finds himself increasingly weak and vulnerable.

In a bid to retain the loyalty of those of his closest allies who were disqualified by the Guardian Council, specifically Ali Larijani, Khamenei offered them peanuts today, suggesting that rumors about their family members were unwarranted.

The Guardian Council then issued a statement within hours, reconfirming the final list of candidates.

Indeed, Khamenei has no choice but to stick with Ebrahim Raisi, a mass murderer with a central role in the 1988 massacre of 30,000 political prisoners, mostly belonging to the MEK, the same movement that is now acting as the engine for the uprisings in Iran.

The question for the international community is not what will happen to the negotiations; rather, when they plan to hold Raisi accountable by bringing him before an international tribunal to stand trial for crimes against humanity. 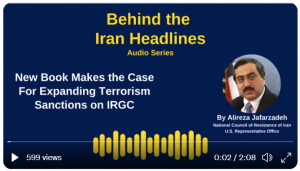 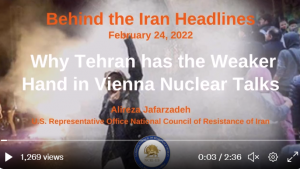 Why Tehran has the Weaker Hand in Vienna Nuclear Talks 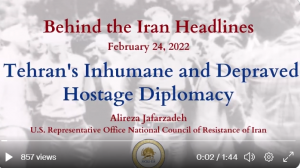