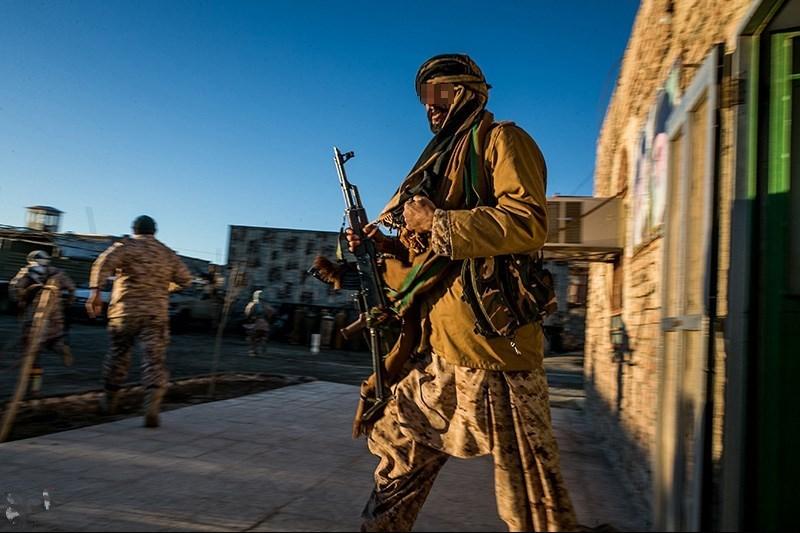 Last week, the White House announced that its new approach to reining in Iran would include designating the Islamic Revolutionary Guard Corps (IRGC) as a Foreign Terrorist Organization (FTO). Prior administrations had toyed with this idea but had always stopped short, opting instead to impose sanctions only on individuals associated with the paramilitary, and particularly with its foreign special operations division, the Quds Force.

President Trump’s decision to break this impasse is emblematic of his Iran policy, which has come to be defined by the phrase “maximum pressure.” That phrase was again invoked by Secretary of State Mike Pompeo in testimony before the Senate Foreign Relations Committee about the FTO designation. Without giving any specific details of the game plan, Pompeo made it clear that the White House would continue to “ratchet up pressure” on the ruling regime in the interest of compelling Iran to “behave like a normal country.”

That, of course, is a tall order, and one that Tehran is unlikely to fill as long as the current, theocratic leadership remains in place. The Trump administration’s commentary about the IRGC’s domestic and foreign roles made no secret of this fact. The president’s announcement correctly identified the powerful, hardline organization as the regime’s primary instrument of terrorism as a form of statecraft. Media coverage of the designation echoed and elaborated upon this sentiment, with the Washington Post, for instance, calling the IRGC “the single most effective guarantor of the regime’s survival.”

The National Council of Resistance of Iran (NCRI) has long sought to emphasize the IRGC’s role in both of the fundamental pillars on which Tehran’s strategy for its own survival depends: the domestic repression of dissent and the foreign projection of power via asymmetrical warfare. Both have been on prominent display in recent years, and particularly in 2018, when nationwide protests against the government led to a new round of clashes between the public and security forces, including the IRGC. At the same time, Western authorities began uncovering a series of Iranian terror plots that, if not thwarted, could have led to large numbers of deaths in both Europe and North America. Not to mention the uptick in Tehran’s proxy war against Israel.

Iran’s domestic unrest is indicative of what can be accomplished by the Iranian people, particularly when organized and guided by Resistance units led by the Mujahedin-e Khalq (MEK). The mass uprising last year stretched the repressive capabilities of the IRGC to their limit. Had the IRGC been weakened ahead of time by global economic isolation, the public protests might have forced the clerical regime further into domestic isolation, precipitating its collapse.

In the absence of such change, the Islamic Republic has continued to behave quite unlike a “normal country.” Its actions on the world stage have been indicative of its escalating desperation in the face of dual pressures from its own people and the international community. This only serves to underscore the imperative of continuing those pressures. Hence, the IRGC’s terror designation has come at a crucial moment in history. If it is only one in a series of ongoing steps, as Pompeo suggested, then it could be a significant step toward the positive transformation of Iran and the broader Middle East.

The question then arises: what is the next step? What further pressures would be as important and as effective as blacklisting the Revolutionary Guards? A closer look at last year’s terror plots may hold a clue. Although the IRGC is instrumental in the proliferation of Iran’s terrorist proxies across the Middle East, the regime’s global reach is often spearheaded by the Ministry of Intelligence and Security (MOIS). Many MOIS agents operate under diplomatic cover, as did the mastermind behind a thwarted plot to set off explosives at a rally of Iranian expatriates near Paris on June 30, 2018.

The IRGC terror designation is essential to the goals of weakening Iran’s destructive influence over its neighbors’ affairs, and of giving the Iranian people more room to express dissent and demand change. But as Tehran watches the walls closing in, it will surely shift some of its resources from a newly isolated IRGC to an intelligence service that still enjoys a foothold, via Iranian embassies, in the territory of many of the regime’s greatest adversaries.

In this sense, the terror designation could represent a greater danger to the West, as many of its critics allege, but only if the U.S. and its European allies fail to follow up by keeping the pressure on Tehran. On the other hand, if they do so, as by extending the same designation to the MOIS, they will critically impede the Iranian regime’s strategy for maintaining its grip on power. And by thus signaling support for the Iranian people, the international community could help to precipitate a new, democratic revolution in that country.

Colonel Thomas Cantwell (USA, Ret.) is a retired military officer and current civilian employee of the United States Army.  He also holds a master’s degree in Strategic Studies from the U.S. Army War College and is a graduate of several military schools including the U.S. Army Armor School, the US Army Military Police School, and the Command & General Staff College.  COL Cantwell commanded in Operation Iraqi Freedom I (2003) and served as an advisor in Afghanistan (2009/10).  As a civilian, COL Cantwell deployed to Iraq to establish forensic capabilities in support of coalition intelligence and force protection operations.  He continues to support American Soldiers, Sailors, Airmen and Marines in his work with DoD.

After IRGC Blacklisting, It’s Time to Engage the Iranian Resistance
Comment
Iran’s Guard Gets a Long-Overdue but Much-Deserved Terrorist Designation