Iran’s Teachers, Workers, Farmers Protest for Their Rights, For Change 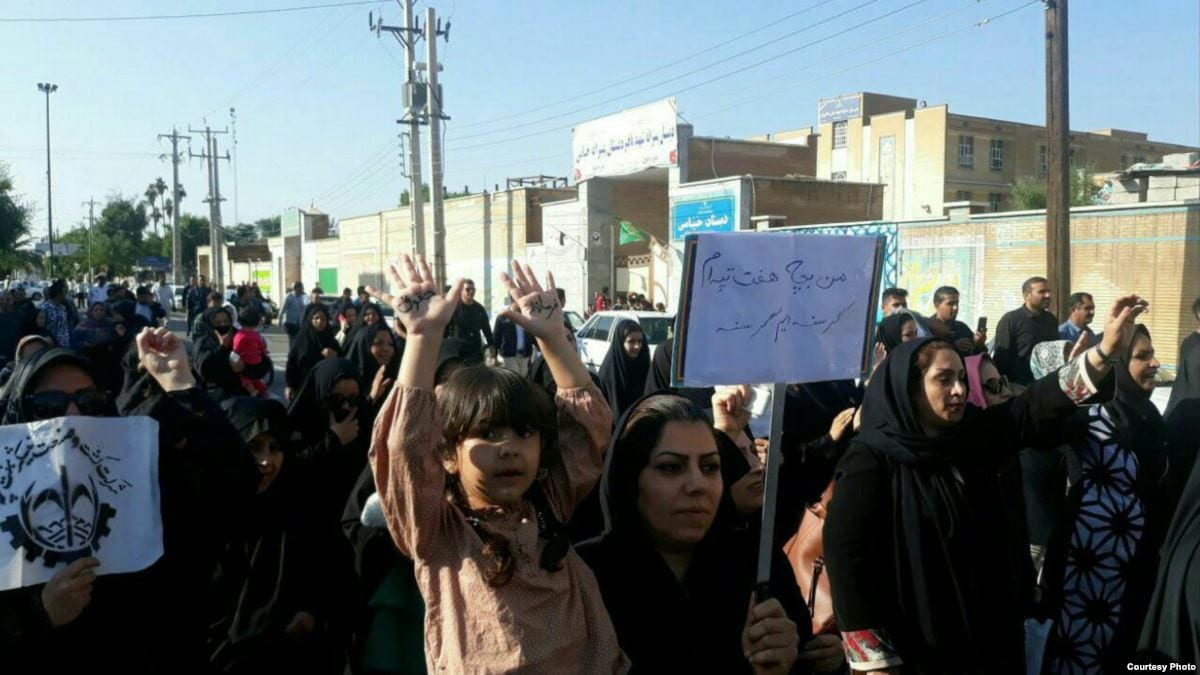 From the sugarcane mill in Shush to the farming villages near Isfahan, and from the steel factory in Ahvaz to the impoverished neighborhoods of Tehran, the economically deprived and socially oppressed across Iran are uniting in their opposition against the regime. The protests continue to grow in their size and organizational capacity with the corrupt and suppressive rulers devoid of any solutions while the social and economic situation becomes more acute. Participation in these protests puts activists at risk of arrest, torture, or even death. This extreme retaliation is indicative of the regime’s fear of the opposition and recognition that their days are numbered.

The protesters share the common goal of bringing down the theocratic regime as a necessary precondition to having their beloved country ruled by a democratic, secular, and representative government but vary in their motivations for demonstrations. In Tehran, government workers protest in front of the parliament for their basic rights. In the village of Qanarh, residents have been peacefully demonstrating for their water rights the mullahs have plundered and in response, the regime has resorted to violence to quash the protests. A common chant states, “water is our absolute right; we may die, but we won’t accept humiliation; the farmer is awake.” The workers at Haft Tappeh’s Sugarcane Mill began to strike due to their low wages and long delays in the payment of their salaries. Ultimately, these worker movements are symptoms of the systemic unrest by the citizens against the regime.

To empower the internal nationwide movement for change, the international community must universally condemn the regime for systemic violation of human rights of Iranians and of the protesters. Tehran’s recent terror plot to destroy, on mass scale, the leadership and members of the organized opposition coalition, the National Council of Resistance of Iran (NCRI), and its principal member, the Mujahedin-e Khalq (MEK), in the west must not go unpunished.

While a democratic and representative government will be better for the Iranian citizens, it will also be a key element of peace within the Middle East. Iran under the mullahs is the largest state sponsor of terrorism and primary source of death and destruction in the Middle East. A democratic and peaceful Iran would put an end to this and will be the primary contributor to peace and good neighborliness. The ripple effects of such a foreign policy would be felt all around the world.

It is now time for the international community to fully support these courageous workers, farmers, teachers, and merchants. What they are willing to risk on behalf of their fellow countryman is truly inspirational. Soon, all the tireless effort will pay off and freedom will flourish in the Iran.

Europe And The U.S. Must Confront Iran’s Terror On Their Soil
Comment
Tehran’s Influence Operations a Threat to Journalistic Independence