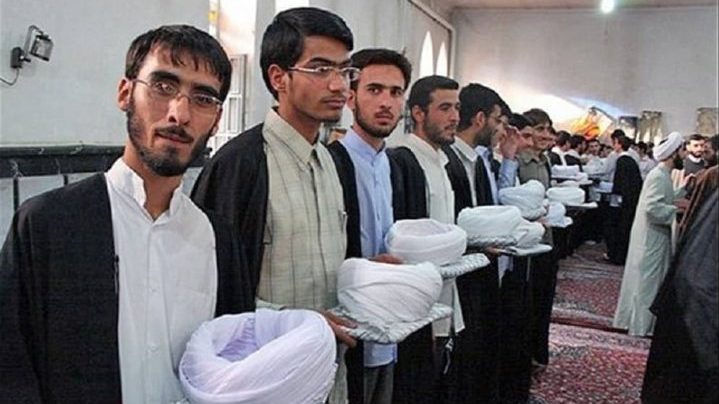 Those familiar with Iranian social media are witnessing an uptrend of footage and posts about ordinary people speaking out against the mullahs on the streets, insulting them, and even showing aggression. Late December, a video was taken in the holy city of Qom, traditionally the clerics’ power base, showing how a woman attacked two clerics, ripping off and stomping on their turbans. Such posts usually go viral on diverse platforms and the comments reveal the nationwide sentiment.

Absent freedom of expression in the country and owing to the total domination of the state on conventional media, social media platforms are more reliable as they have been more immune to the systemic propaganda that the diverse intelligence agencies of the Iranian regime want to feed to the outside world.

Even though, even these haven’t been spared by the thousands-strong cyber army. But at least, there is some sort of protection for the user, hiding behind several layers of VPNs, anonymous profiles, or fake identities. As ironic as it may seem, there might be more truth on Iranian social media, and, to some extent, it serves as a social gauge.

But for those who like to be deemed “professionals” and seek the truth from official sources, recent statements from the regime’s authorities and media might also lead to the correct conclusion.

The state-run Hamdeli newspaper wrote on January 15: “Worrying inflation on the one hand and the failure to meet the expectations of the people and dissatisfaction with the way the country is run, on the other hand, prevented some students in religious sciences from continuing their education and enrolling in seminary courses.”

“In recent days, two or three teachers and administrators, as well as major authorities in the seminary of Qom, have expressed concern about the reduction in the number of enrollments in some seminaries or the indifference of students in supporting the way the country is being run,” the daily added.

According to the state-run website Hawzah News, Mohammad Alamzadeh Nouri, a faculty member and an official at the Institute of Islamic Sciences and Culture said: “In the past, the number of new recruits for the seminary had been low already and these years, it has declined due to a range of factors.

Every year more than one million young people go to university, but only four to five thousand people enter the seminary. It is very unfair. We also have a high number of dropouts among the students. But the most heartbreaking issue remains usually unseen, and that is the hidden fallout of the constituency. Some people are clerics, but they become animal rights advocates and some turn into bowling and billiards club managers.”

He added: “Some students are secretly dropping out, and are only clergymen on paper. They do not really deal with the seminary missions, they are just numbers and stats… We have all kinds of hidden leaks. For example, a student eventually becomes an employee and works as a clerk for the Secretariat of the Management Center.”

“Unfortunately, the seminary has become too politicized, and the government has become a kind of religious government,” Mohammad Taghi Fazel Meybodi told the state-run Dideban on Tuesday, January 4. “On the other hand, the clerics are also in sensitive positions, which is why people do not have a positive view of the new students who study at the seminaries.”

He added, “The mullahs are less likely to appear in public in clerical garb. Many scholars who want to go to the market or to their businesses, try not to go in clerical garb because people are insulting or cursing them. Today, the clergy appear less in clerical garb in public to avoid being bothered. When a cleric sits in a taxi, people start cursing him. People blame the clergy for all the problems.”

Meanwhile, lower-rank officials are increasingly becoming more vocal in warning the leadership in Tehran about the sources of such hatred.

On January 21, Taghi Azad Armaki, a state-affiliated sociologist at the University of Tehran, said, “Compared to the last six months, the people of Tehran have suffered more psychologically. The political system has no will to solve social illnesses.”

During his interview with the Jamaran website, he added: “Our situation has not gotten better, rather it has gotten worse. What has been done on the national level to improve the situation? The only thing we have done is preventing people from talking.”

On January 18, in an interview with the state-run Eghtesad News, a former presidential candidate Mostafa Hashemitaba cautioned regime officials about ignoring the social discontent in society. “When people see that everything they say is leading to nowhere, they start protesting. Hence there is no bright future on the horizon and the widespread poverty and despair have extremely dangerous side effects,” he said.

“While poverty is plaguing the country, anyone who utters [provocative] words, is pouring salt on the wounds of the people. Speaking foolishly and continuing to ridicule the miserable economic situation will certainly make it difficult for the officials.”

Criticizing the Iranian regime president’s vague promises about declining inflation, state-run Jahan-e Sanat newspaper wrote on January 20: “Iran’s economy is going through tough times. Estimates show that this year’s inflation is about 50% and the problem we are dealing with is called “populism”.

Promising to build one million housing units per year it is not easy to materialize it. Iran’s economy does not have much opportunity to prevent a final collapse.”

On January 20, in a meeting with Akbar Kamijani, the regime’s central bank chief, Javadi Amoli, a regime-affiliated cleric in the Qom seminary said, “Poverty is breaking the spine of the people and these folks, they will not listen to the government.”

To drive home his point, he warned, “Sometimes, economic problems can even bring down a big government.”