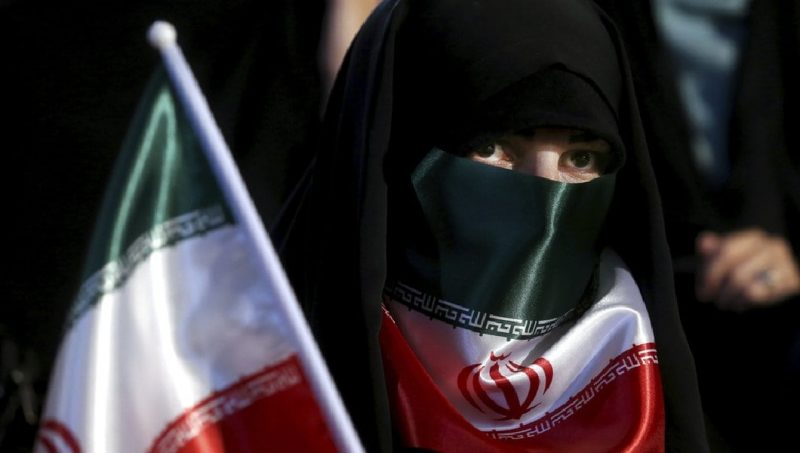 Friday’s presidential election in Iran represents anything but a genuine process like that expected by the average American. In Iran’s theocratic state, the supreme leader (a cleric called vali-e faqih) enjoys the final say on all matters. That includes, not surprisingly, the elections for the next head of the executive branch.

Last week, Supreme Leader Ali Khamenei warned that anyone looking to provoke unrest during the elections “will be slapped in the face.” His threat signals that security is high on Khamenei’s — and by extension his regime’s — priority list. For good reason: Tehran is feeling the danger posed by a restive population at home and an anti-regime current blowing across the region.

The ruling regime fears another uprising like the protests that shook it to its foundations in 2009. This is a particularly sensitive juncture: Internationally, Tehran acquiesced to a nuclear retreat, albeit temporary; domestically, it has resorted to atrocious crimes to keep the population in check; and regionally it has allocated enormous resources to meddling and warfare, despite falling oil prices. The mullahs, cognizant of their vulnerability at home, cannot afford another social jolt.

Iranians harbor no misconceptions about the nature of any elections taking place in the current dictatorial system. Social media is abuzz with young people spreading messages like “Down with the clerical regime, down with Khamenei,” and “My vote is overthrow.” And young activists have been busy, hanging huge portraits of Iranian opposition leader Maryam Rajavi from overpasses and bridges in Tehran and other cities across the country. The overwhelming majority of Iranians want to do away with the entire system rather than this or that president.

Yet Western “intellectuals” and the media spin a story out of touch with the facts on the ground in Iran. Ensnared by Khamenei’s scenario, they paint the incumbent Hassan Rouhani as an underdog “moderate” sparring against the “hardliner” establishment currently represented by a rival candidate and Khamenei ally named Ebrahim Raisi.

How quickly they forget that for decades, Rouhani has been a fixture of the highest echelons of the security apparatus, involved in egregious human rights abuses and other state-sponsored offenses, including export of terrorism, extremism and radical ideologies. That is why Khamenei entrusted him with the regime’s most sensitive project in 2003 – the nuclear file. As Tehran’s top nuclear negotiator, Rouhani is on record bragging about “deceiving” Western interlocutors during the talks.

Equally unsettling, during Rouhani’s first term in office, the number of executions in Iran spiked to its highest level in the last 25 years. In 2015, Amnesty International condemned Rouhani’s “staggering execution spree,” while noting that Iran is also one of the last remaining executioners of minors in the world.

If this is a “reformer,” what does a “hardliner” look like?

Ebrahim Raisi, considered Rouhani’s main rival, is the custodian of the wealthiest religious foundation in the region, with assets and holdings worth more than $20 billion. But like Rouhani, that does not undermine Raisi’s fealty to Khamenei and the regime in its entirety. Raisi has always been a permanent figure in the regime’s judicial system. In 1988, he was a member of the “death commission,” which executed 30,000 political dissidents, many of them supporters of the main opposition Mujahedin-e Khalq (MEK). Today, Raisi’s campaign proudly defends that brutal massacre.

This regime is incapable of reform. Khamenei admitted as much when he said change in behavior means regime change. The choice for Iranians is clear. As astutely noted on social media posts, this rock and a hard place is a choice between a “charlatan” and a “murderer.”

Both candidates are, of course, subservient to the supreme leader, whose unelected Guardian Council vetted and approved their candidacy in April.

Recently, Rouhani made an unprecedented confession to “38 years of executions and prison.” That is an apt description of the theocratic regime’s 38-year rule, and it is why the Iranian people rightly want fundamental change. Their desire is recognized by most Americans for what it is: an unyielding search for life, liberty and the pursuit of happiness.

For its part, Washington, unlike the Iranian people, has a genuine choice. It can either deal with shady individuals subservient to the Supreme Leader, or it can engage with the Iranian people seeking a representative government elected through free, fair and internationally monitored elections. The choice could not be clearer.