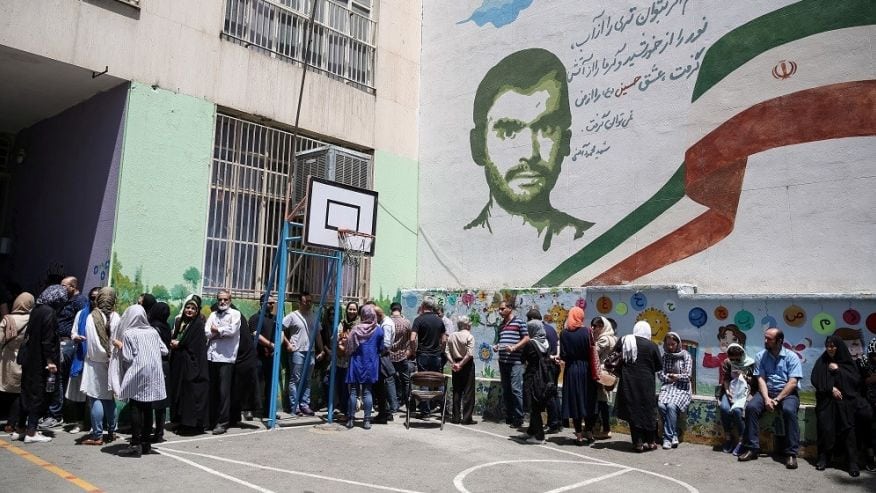 As the Supreme Leader urges the Iranian people to vote in the presidential elections on Friday, May 19th, the loudest voice may well be that of the non-voters. Their volume will likely be heightened by the civilians venting their anger against the entirety of the regime.

The Iranian people have witnessed 11 presidential elections over the past 38 years. They harbor no illusions: under the current tightly controlled theocracy, no strategic change can be expected, regardless of who is declared the winner.

Presidential elections in Iran have less to do with the opinions of the Iranian population, and more to do with the warfare between the various gangs, each with its own political turf, economic conglomerates, and corruption networks that dominate most of the nation’s GDP.

It is no coincidence that when a “moderate” president took over from a “pragmatist,” who then turned it over to a firebrand “radical,” and then back to a “moderate,” we saw only a steady rise in the regime’s domestic suppression, export of terrorism, regional intervention, and continued development of nuclear weapons and ballistic missiles.

So sit tight. Friday’s election results will not decrease the threat to the United States and its allies, nor will they signal political reforms for the Iranian people.

In the clerical system, the selection of a president is tightly controlled. Candidates are vetted at four stages to ensure that the president aligns with the Supreme Leader’s wishes and mandates. Advanced permission from the Supreme Leader to even register is a de facto requirement, the Guardian Council officially vets candidates, electoral engineering by the Islamic Revolutionary Guards Corp (IRGC) is sometimes necessary to ensure that the right candidate gets selected without risking public disruption, and a final endorsement of the “elected” president by the Supreme Leader ends the election cycle.

As a result, the president is virtually an appointee, and not an elected official. After all, the president is only tasked with executing the policies, particularly national security and foreign affairs, articulated by the Supreme Leader, according to article 110 of the regime’s Constitution.

What keeps Supreme Leader Ali Khamenei awake at night is not whether the current president, Hassan Rouhani – dubbed by the Iranian people the “deceiver,” or Khamenei’s close ally Ebrahim Raisi – the “executioner,” comes out on top. Although at this particular juncture, the Supreme Leader may feel more comfortable with Raisi, his primary concern is the possibility of a repeat of the 2009 nationwide uprising. Months of post-election protests shook the very foundation of the Tehran regime, propelling the mullahs to the brink of collapse. Over the past two weeks, Khamenei has repeatedly warned that the most important factor is “security,” and that anyone who dares to disturb public order during the election process will get a “slap in the face,” often a euphemism for murder.

As the United States reviews its policy on Iran, it is important to realize that any shift in U.S. policy should be planned without regard for who is declared as the regime’s new president. The most important factor in the Iranian equation is the Iranian people and the organized opposition, who have called for a boycott of the elections and the establishment of a secular, democratic, non-nuclear and non-belligerent republic in Iran.

The Iranian opposition is very active in the political protests in Iran. It has played a key role in exposing the regime’s major nuclear sites and preventing the ayatollahs from obtaining the Bomb, has exposed Tehran’s international terror network, and is the main victim of the human rights violations in Iranian prisons and streets. If Washington is looking for a different result than 38 years of violence and threats by the Iranian regime, this movement needs to be a central element of any U.S. policy.