Iran’s Election Once Again Debunked The Myth of Reforming Mullahs 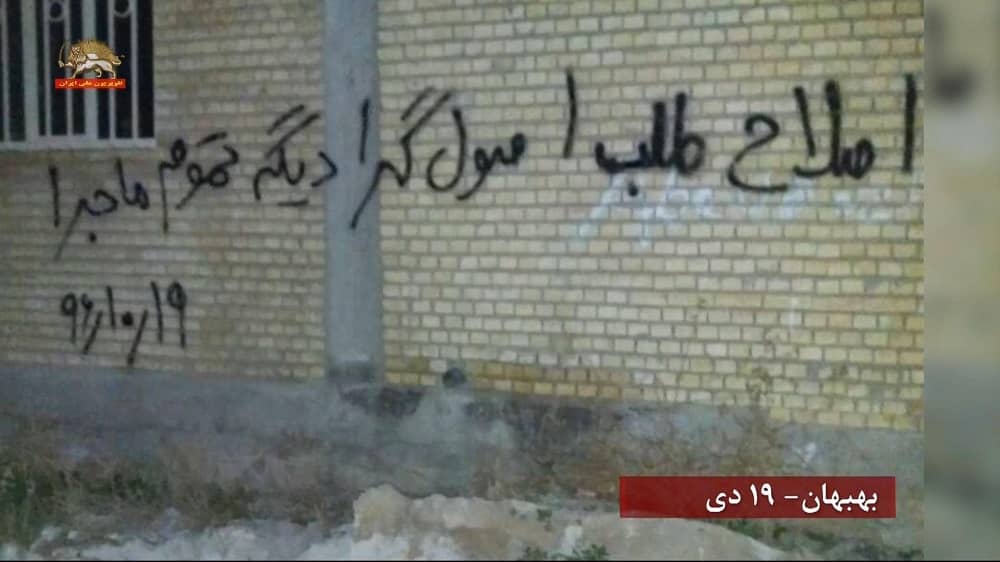 There are no reformist politicians in Iran. This has always been the case, and it will remain the case until the theocratic dictatorship is overthrown, to be replaced with a democratic alternative that truly reflects the will of its people.

Persons with only a superficial understanding of Iranian affairs may read this and protest that the regime held a democratic election only last Friday. But that “election,” like all others that adhere to rules put in place by the clerical regime, was not democratic in any meaningful sense of the word. Before the public is permitted to have any say in the process, all candidates for high office must be vetted by a body known as the Guardian Council, which excludes anyone deemed insufficiently loyal to the Iranian constitution, the supreme leader, or the regime’s fundamentalist interpretations of Islam.

This system positively guarantees that no advocates for genuine democratic reform are even permitted to take their campaigns before the Iranian people. Any promise of reform within the Guardian Council itself is forestalled by the fact that that body is entirely beholden to the supreme leader. Six of its 12 members are appointed by him directly, and the other six are appointed by the head of the judiciary, who is also chosen by the supreme leader. The current judiciary chief, Ebrahim Raisi, is one of the most unrepentant vicious figures in the regime and bears responsibility for multiple crimes against humanity, including the massacre of 30,000 political prisoners in the summer of 1988.

As of Friday’s sham election, Raisi also happens to be the regime’s next president, but not even one member of the so-called reformist faction raised protest over the rigged process or presidency of Raisi.

Quite to the contrary, Rouhani himself appeared on Iranian state television to urge all citizens to participate in the sham election, and most so-called reformist media outlets embraced Raisi as the victor long before results were formally announced. The regime’s current president’s public appeal acknowledged that many Iranians opposed all of the names that appeared on the ballot, but he emulated the supreme leader in speaking about voting as a religious duty which affirmed the political legitimacy of the system itself, regardless of the extremely narrow range of ideologies it represents.

Many other officials from both the “hardline” and the “reformist” camps repeated this talking point in the weeks leading up to the election. The Iranian people dismissed all of them and carried out a mass boycott of Friday’s polls. Tehran was quick to acknowledge that fewer than half of eligible voters took part – a historic low for presidential races and roughly the same as the all-time record low set just last year by the regime’s latest parliamentary elections. But the People’s Mojahedin Organization of Iran underlined that the regime was inflating the statistics to downplay the extent to which citizens had truly condemned the illegitimacy of the political process.

According to the MEK, the actual turnout for the February 2020 election was about a quarter of eligible voters, and the turnout in June 2021 was only about one-tenth. The latter estimate was based on data collected by around 1,200 journalists from 400 cities across Iran. It is a result that Mrs. Maryam Rajavi, the NCRI President-elect, referred to as the “greatest political and social blow” to the supreme leader and the system underpinning his rule.

Raisi’s selection to become the next president for the regime was a clear sign that the so-called reformist faction inside the regime is in line with the Supreme leader’s desire. Even after their faction was largely excluded both from the parliamentary and the presidential elections, they gave not one sign of opposing the scheme to install Raisi as the regime’s next president and set the stage for even worse crackdowns in the months and years to come.

This should tell Western policymakers all they need to know about the nature of “hardline” and “reformist” ideology in the regime. If there is any different between these factions in domestic affairs, it is only the fight to get more share of the power.

The Iranian people had already rejected the false dichotomy of the regime’s politics well in advance of Friday’s electoral boycott. Both the January 2018 and the November 2019 uprising featured slogans that addressed both factions by name and condemned their “game” of power-sharing and mutual corruption. The boycott only served to reinforce that message and, as Mrs. Rajavi, said in a statement soon thereafter, underscore that regime change is the only means of solving any of Iran’s myriad problems.

It is long past time for Western policymakers to join the Iranian people in publicly recognizing the illegitimacy of the regime’s sham elections and the system that supports them. And it is long past time for them to cease negotiating and trading with the mullahs’ regime on the outmoded assumption that by doing so they can empower Iranian reformists to compete effectively against hardliners. This has always been a fool’s errand, but following the latest election, that fact is more self-evident than ever before. There are no reformists inside the regime. Iran’s only hope for a democratic future exists outside of that regime, amidst an organized Resistance whose leaderships of recent uprisings and boycotts point the way to a new government based on free and fair elections.