Chief Space Engineer Dr. Behzad Raofi: Iran’s claim of a peaceful nuclear program is merely a front for its activities to develop a nuclear weapons capability 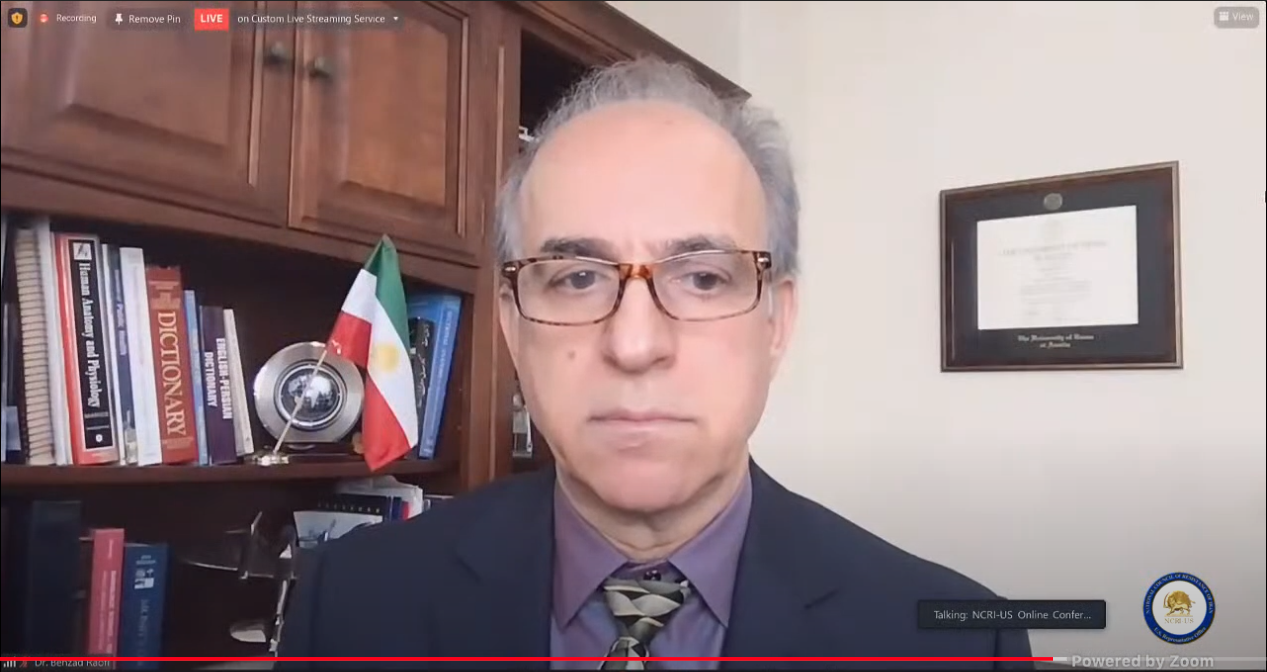 One of the conference speakers was Dr. Behzad Raofi Chief Validation Engineer for Space Missions. Dr. Raofi is an Iranian-American who spent nearly four decades in the space exploration industry in support of NASA and international space missions.

Good morning. And happy Nowruz to all Iranians and every peace-loving person on earth. And thank you for inviting me to the online conference for the occasion of Iran New Year: Prospects of Change. It is an honor to be among such distinguished guests.

As an Iranian-American who spent nearly four decades in the space exploration industry in support of NASA and international space missions, and in light of recent developments related to Iran and the JCPOA, I’d like to make a few comments on Iran’s regime’s misuse of their resources, and how that will significantly expand if concessions are made and sanctions are lifted.

Over the last four decades, the regime has used Iran’s resources to ever increase its oppressive policies of jailing, torturing, and murdering anyone in Iran who asks for their basic freedoms and human rights. Its state-sponsored support for terrorist organizations abroad, the power and reach of IRGC, and its external arm Quds Force to further instigate proxy wars in the region. Also, the regime’s ambition to not only develop a nuclear weapons capability but also the capability to deliver warheads via their medium-range as well as intermediate-range ballistic missile delivery systems.

Iran and as its main force, IRGC, ballistic missile capability has been steadily increasing even when JCPOA was in full effect. Iran’s claim of peaceful space and nuclear program is merely a front for its activities aimed to develop a nuclear weapons capability. I’d like to note that the Shahab 3 medium-range ballistic missile, which has a range of 1,000 kilometers, has been improved in the Shahab 3 variant, which now has a range of up to 2,000 kilometers or approximately 1,250 miles. This means it can reach countries such as Israel, Egypt, Romania, Bulgaria, and Greece. And according to IAEA, it can likely deliver nuclear warheads. Fateh-110 missile has higher maneuverability than intermediate-range ballistic missile capability and was tested in November of 2015 and on January 29, 2017. It’s worth mentioning the latter was clearly after JCPOA was signed in July of 2015, and went into effect on January 16, 2016. U.S. considers this to be a violation of UN Security Council Resolution 2231 which calls upon Iran to not work on ballistic missiles capable of delivering nuclear weapons.

Iran just recently flexed its military missile capability by attacking Iraq with many ballistic missiles. All this clearly shows the missile program of the regime has no peaceful purpose. It particularly and partially operates under the cover of a space program and is an integral part of its nuclear weapons program. This must significantly be curtailed, if not altogether dismantled. Under the current JCPOA, not only is this not addressed but come 2023, any current restrictions would be removed.

As an Iranian-American who loves to see a free, democratic, and secular nonnuclear Iran, the final message I’d like to leave you with is that despite the false and deceitful show of external strength, the Iranian regime’s existential problem is internal and related to its defiant population who want positive change in Iran. The main opposition, NCRI, and MEK are organized, increasingly strong, and gaining momentum among the defiant youth of Iran. In fact, as we speak the regime has arrested two award-winning students who received gold and silver medals in astrophysics in international Olympiads because they were accused of working with the main Iranian opposition. Tehran is more concerned about Mrs. Maryam Rajavi’s 10-point program for the future of Iran than anything else. This is precisely why Ebrahim Raisi, responsible for murdering over 30,000 political prisoners in Iran in 1988, was installed at the helm as the regime’s president.

This is not a sign of strength. This is a sign of a trembling and collapsing regime. U.S. policymakers should in fact they should pursue to see the fear and desperation of the Iranian regime and realize that this regime has no future, despite projecting external power. Thank you for having me in this program again and let’s hope that this year will mark the beginning of the downfall of the regime to bring about a democratic Iran. Thank you.