MENUMENU
Articles > Economic professor: Mismanagement and corruption have caused economic misery in Iran, not the sanctions

Economic professor: Mismanagement and corruption have caused economic misery in Iran, not the sanctions 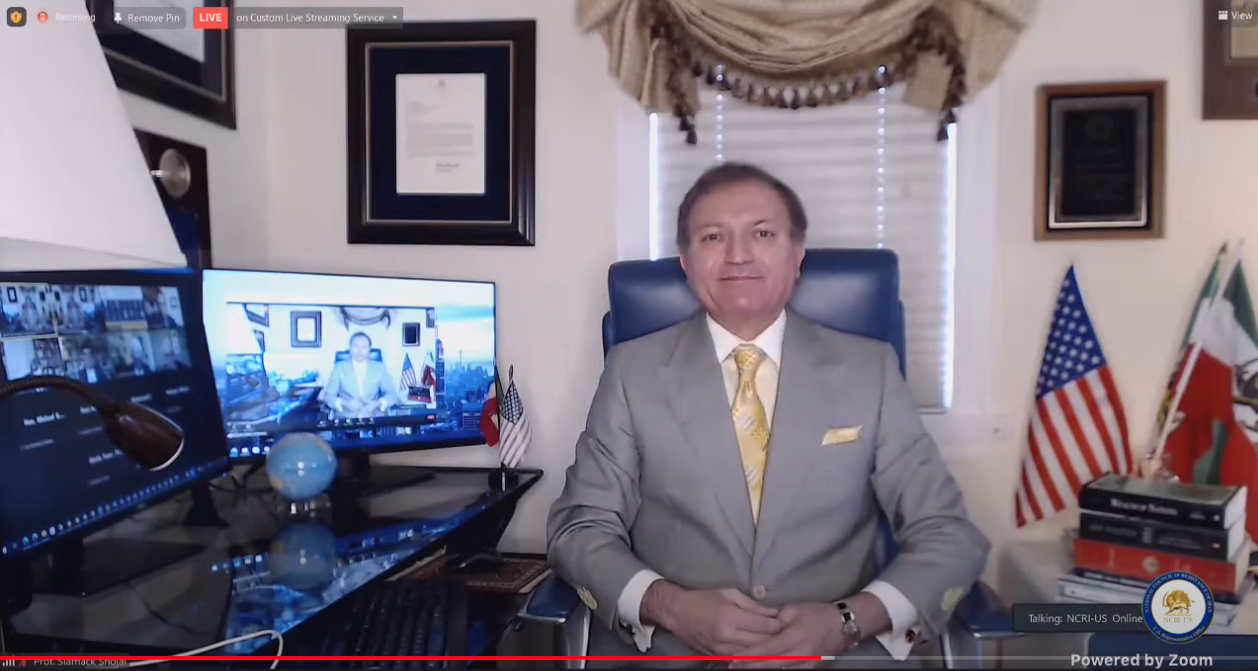 One of the conference speakers was Dr. Siamack Shojai, a Professor of Business at William Paterson University.

Thank you very much for giving me the opportunity to be among such a distinguished panel of experts, people who really are knowledgeable about what is happening in Iran, in a global economy and the Middle East, and who deeply care about not only the interests of America but also the Iranian people. Very often when I talk to people inside Iran, they tell me (Simac), why don’t you go and explain it to the U.S. administration, tell them what is going on in Iran, what is happening, how miserable our life is, how this regime has destroyed our economy, how they are murdering us, and tell them please help us do something about it. And after today’s discussion, and listening to the wisdom of so many wonderful people, I will be reporting to them that you have no worries at all. There are enough helpful people and experts in the United States who do understand what is going on and what is the consequences of the actions of the illegal regime in Iran.

The Iranian people complain about the unemployment rate among youth being more than 40%. The unemployment rate among women is literally 90%. And then all the funds that have been given to this regime, even when there were no sanctions, even when there was no extreme pressure and during the previous government, Ahmadinejad’s government, more than $800 million worth of oil revenue was just siphoned off without even a dime of benefit to the Iranian people… the sanctions have had nothing to do with the mismanagement and corruption that exists in Iran, which has caused economic misery among the Iranian people.

David said that terrorism is part of the DNA of the Revolutionary Guards. In fact, a quick look at the constitution of the clergy regime in Iran proves that and demonstrates that. The mission of the Revolutionary Guards is basically two. Number one, is to make sure that the regime remains in power no matter what. They can use any means and do anything they wish as long as they keep the regime in power, and that means repressing Iranian people, forming secret services, which go and arrest Iranians at wish, torturing them, killing them, and also shooting people on the streets who are just peacefully demonstrating and demanding their democratic rights, economic rights, and human rights.

The other mandate of these basically clergy guards, not Iranian guard or even a revolutionary guard, is basically to support all activities of the regime to export this revolution outside of Iran, initially to Shiite Muslim countries, in the next stage to all Muslim countries, and finally wishful thinking to export their so-called revolution to the entire world. The Revolutionary Guards, do this by not only using terrorism externally but by supporting terrorist groups all over the region and even in our backyard in Latin America and South America. They have attempted many times to recruit even criminal figures to act on their behalf and commit terrorism.

The Revolutionary Guards accomplish their mission by totally controlling the Iranian economy, either directly or indirectly. More than 70% of the Iranian economy is controlled by four major agencies. Three of them are directly under the rule of Khamenei, the Supreme Leader. And the fourth one also under his rule and control is indirectly controlled by the Revolutionary Guards in support of the terrorist activities of the regime abroad. These are like Mostazafan Foundation, Astan-e Ghods Foundation, and the Execution of Khomeini’s Order (SETAD or EIKO), which was an entity created right after Khomeini took over Iran in order to confiscate any property, any asset under any excuse as they wish. And of course, Khatam-al Anbiya Construction Headquarters is like a foundation but it is part of the Revolutionary Guards and controlled by them and it controls basically all the oil, gas, petrochemical, construction, and many other industries in Iran.

Every dime, every dollar released through the clergy in Iran, to the Revolutionary Guards, is a dollar that goes directly in the hands of terrorists all over the world. Meantime, Iranian people are miserably suffering from extremely high inflation. The official rate is 40%. But many, many Iranians report to me that when they look at a basket of basic things that they consume, prices keep doubling every few months and they cannot even have access to the basic necessities. Meanwhile, the clergy are enjoying billions of dollars of stolen funds and investing in Venezuela, Lebanon, and elsewhere on planet earth.

The Iranian people complain about the unemployment rate among youth being more than 40%. The unemployment rate among women is literally 90%. And then all the funds that have been given to this regime, even when there were no sanctions, even when there was no extreme pressure and during the previous government, Ahmadinejad’s government, more than $800 million worth of oil revenue was just siphoned out without even a dime of benefit to the Iranian people. People are miserable. People are out there. And the sanctions have had nothing to do with the mismanagement and corruption that exists in Iran, which has caused economic misery among the Iranian people.

The question is, what should the outside world do about this? The outside world has two choices in my opinion. Number one, to continue not to learn any lessons from the past 20 years or the past 42 years, and more or less continue the game of cat and mouse and also the policy of appeasement and let the Revolutionary Guards and the clergy have access to billions of dollars. You can probably trace some of those dollar bills which were put in a suitcase and delivered to the regime under the agreement of 2015 in South America, in Lebanon, and many, many other places wherever the terrorists are. Follow that policy, and hope that, hope that this regime will change its DNA.

The current administration can placate the Iranian regime, continue what has not been effective at all. The role model for this regime when it comes to nuclear weapons and nuclear capabilities in North Korea. And now, Ukraine’s situation demonstrates to them that to fill the conventional military gap, they need nuclear weapons. Like Putin is threatening the world with nuclear war, they believe that if they acquire a nuclear arsenal, they will be in a much stronger position and their conventional military weaknesses will be basically reinforced by the threat of nuclear war.

The other choice of the free world is to join the Iranian people, to hear them, and to assist them, to stand by them and hope that through their direct effort and the real and full support of outsiders, including the United States of America, this regime will be sent to history and a free democratic and secular Iran will be basically prevailing in Iran and will build the future of Iranian people. I am the father of three sons that were born in America, and now I have two grandchildren who were born in America. I am really worried about the future of my children and grandchildren, as long as this regime, an illegal regime is in place in Iran. It won’t be long before their missiles would reach potentially where my grandchildren sleep in New York. God bless all of us and I hope that the United States government, particularly the current administration, will choose the right decision.

JINSA Director Jonathan Ruhe: In 2021, Iran and its proxies used 750 projectiles in attacks around the Middle East
Comment
Chief Space Engineer Dr. Behzad Raofi: Iran’s claim of a peaceful nuclear program is merely a front for its activities to develop a nuclear weapons capability