MENUMENU
Articles > Iranians are crying out for regime change, not nuclear power. The West should listen.

Iranians are crying out for regime change, not nuclear power. The West should listen. 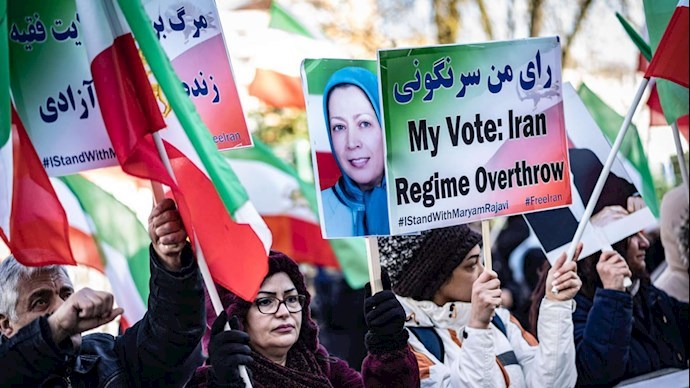 While envoys from Western countries were busy expressing concerns about Iranian nuclear and ballistic missile programs at the 76th UN General Assembly session for countering WMDs (weapons of mass destruction), Mohammad Eslami, head of the regime’s Atomic Energy Organization, announced on Saturday that Iran has amassed more than 120 kilograms of 20 per cent enriched uranium.

With an eye on the IAEA Board of Governors meeting in Geneva, Tehran sent signals in early September that brought a sigh of relief to Western capitals. Mohammad Eslami had invited IAEA chief Rafael Grossi to Tehran, promising Iran would allow IAEA inspectors to resume their monitoring.

The move fell far short of reasonable assurance, but it was enough for Tehran to dodge new IAEA and UN resolutions, as well as for the West to assume that negotiations would continue.

But as soon as the IAEA’s board meeting was over, Tehran declared it would not be providing access to the Karaj nuclear facility after all, unless the West and IAEA condemned attacks on Iranian nuclear sites over the past few years.

Europe and the US are emboldening the regime

Beyond the hostile lip service, Tehran was asking for impunity with regard to its nuclear program. Despite an IAEA warning coupled with E3 and US cautions, the regime didn’t back down.

The why shouldn’t be sought in Tehran, but in the Western capitals. Tehran has every reason to believe it can keep up the extortion tactic it has used for years.

In 2015, the West was so eager to sign the Joint Comprehensive Plan of Action (JCPOA) that it shelved the possible military dimensions (PMD) investigation of Iran’s nuclear program.

This left twelve outstanding questions unanswered, and the regime remained in breach of the nuclear deal even at its inception.

Lacking domestic support, the theocracy struggled for years to create its own version of ‘power components’. Extending its long arm of terrorism across four continents, it strove to create the perception that it could jeopardize the security of every nation.

The proxy wars in the Middle East were intended to do just that. As the chief exporter of Islamic fundamentalism, Tehran feels emboldened wherever a bomb goes off in the name of Islam.

The international community has generated practical impunity for Tehran’s actions. By releasing its terrorists and prisoner-swapping its sanctions breachers, the West has motivated more Iranian agents to accept such missions, with reassurances that Tehran can keep extorting their safety.

By enabling the perpetrators of mass murders and genocide to attend international platforms, it has shown that Iranian lives don’t matter to the West, as long as Iran stays at the negotiating table.

Time to send the right message

When President Biden promised the revival of the JCPOA, the US took over the initiative from the Europeans.

Tehran is now trying to use the debacle in Afghanistan to its benefit in the Vienna talks, threatening to deal another foreign policy blow to Washington with either a nuclear breakout or by wrecking the negotiations.

With no firm policy in the West, the government in Tehran doesn’t need a nuclear weapon to feel safe. It’s already extorting the international community by dictating its terms on a program it claims to be peaceful, but involves advancing uranium enrichment beyond 60 per cent.

Speaking to Iranian state television, Ali Bagheri Kani, the new deputy foreign minister, said: “The nuclear program is our power component. We want the centrifuges to keep spinning and help the wheels of our economy to spin too.”

Encouraging the regime’s belief that it can extort itself out of every major crisis has prolonged its survival.

But as the centrifuges keep spinning in Iran, and the militias keep marching in Baghdad and Beirut, it’s about time to learn that the best way to deal with a blackmailer is to strike at his Achilles heel.

The regime is unprecedently unpopular within the country. Iranians cry out for regime change wherever they gather, despite being gunned down by the security forces.

Economic and social upheaval, coupled with endemic corruption, have shredded the establishment. Khamenei’s power base is as thin as it has ever been. New regional alliances have demonstrated that the entire region is fed up with the Tehran regime.

In Europe, there are encouraging developments setting the regime back on its heels. One of the perpetrators of the 1988 massacre of thousands of Iranian political prisoners, Hamid Nouri, is on trial in Stockholm; in February a Belgian court sentenced one of Iran’s diplomats, Assadollah Assadi, to 20 years’ imprisonment for terrorism; and the case of the assassination of human rights champion Dr. Kazem Rajavi was reactivated in Switzerland after three decades, this time over crimes against humanity.

After the boycott of Iran’s elections, a bi-partisan voice in the US Congress arose, calling for Tehran’s new president, Ebrahim Raisi, to be held accountable for his direct role in crimes against humanity.

And there’s plenty more the West can do to strip Tehran of impunity. Re-opening legal cases against sanctions breachers and terrorists, holding tribunals for human rights violators, and making sure the regime is unable to shut down the internet at will to crack down on its restive population, are as necessary as they are delayed.

A simple statement supporting the right of the Iranian people to determine their future – and declaring murderous Iranian officials persona non grata – would send the right message.

Tehran’s strategic weapon isn’t nuclear nor ideological. It has been extortion all along. The West has tried too hard for too long to reason with this regime. It is time to try something new: hold the ruthless rulers of Iran to account, while reaching out to the people of Iran as they seek freedom.

Alireza Jafarzadeh is the deputy director of the Washington office of the National Council of Resistance of Iran, and is credited with exposing Iranian nuclear sites in Natanz and Arak in 2002, triggering International Atomic Energy Agency inspections. He is the author of ‘The Iran Threat’ (Palgrave MacMillan: 2008).