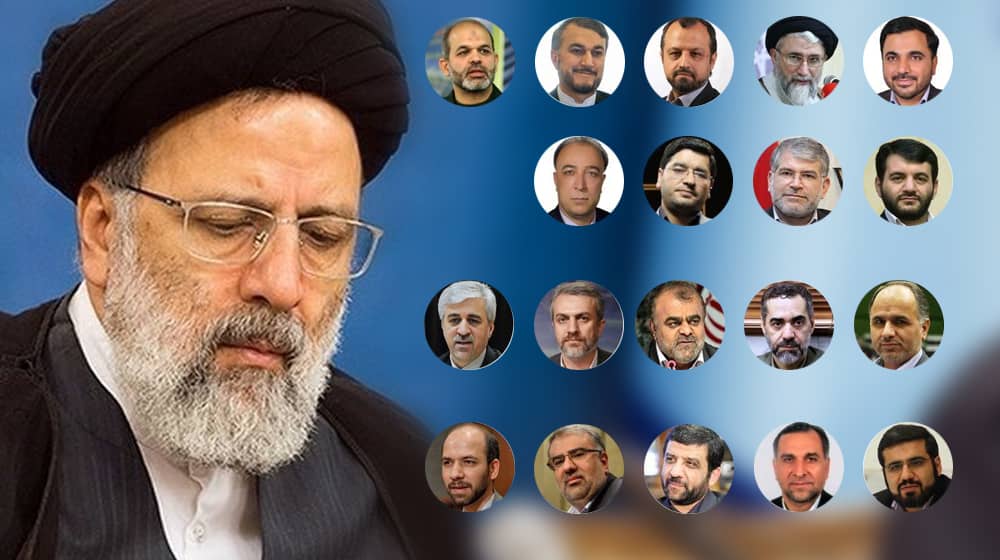 By Ali Safavi, Originally published in The National Interest, October 10, 2021

The rise of terrorists, criminals, mass murderers, and highly corrupt officials has now become a trend in Iran.

nown as the “Henchman of 1988” for his key role in the massacre of political prisoners in Iran, and sanctioned by the United States for committing crimes against humanity, Iran’s new president, Ebrahim Raisi, was allowed to use the UN’s podium to spout hatred, despite violating every norm and value enshrined in that body’s charter.

In 1988, Raisi, then only in his twenties, was appointed as a member of the “Death Committee” that ordered the massacre of 30,000 political prisoners based on a fatwa (religious decree) by then-Supreme Leader Ruhollah Khomeini. Three decades later, his installment as president shows that Tehran feels it is immune from accountability. After all, Tehran may wonder, if the international community remains completely silent about the growing power of a notorious criminal, what else can it get away with?

The rise of terrorists, criminals, mass murderers, and highly corrupt officials has now become a trend in Iran. Raisi’s entire cabinet is replete with them. Just consider the following list.

First, there is Vice President Mohammad Mokhber, a close relative of the regime’s current supreme leader, Ali Khamenei. He is a poster boy of corruption, having headed the massive Khamenei-controlled conglomerate that has embezzled and stolen billions of public funds and assets. This conglomerate, named EIKO, is sanctioned by the U.S. Treasury Department.

Raisi brought in Mohammad Eslami as the head of the Atomic Energy Organization. Eslami was the regime’s main contact with Abdul Qadeer Khan, a Pakistani nuclear expert who led an international nuclear black market, in 1986. Clearly, Eslami was entrusted by Tehran to engage Khan in its pursuit of nuclear weapons. For this reason, in September 2008, the United Nations sanctioned him.

Raisi’s cabinet also has at least two international terrorists who are on Interpol’s wanted list. They are the Islamic Revolutionary Guards Corps (IRGC) Maj. Gen. Mohsen Rezaei, Raisi’s deputy for economic affairs, and Brig. Gen. Ahmad Vahidi, his interior minister. Both Rezaei and Vahidi have been sought internationally for their involvement in a major terrorist bombing in Argentina in 1994.

The rest of the party is just as notorious. Foreign Minister Hossein Amir-Abdollahian has long been an agent of the IRGC Quds Force, an extra-territorial group that is designated as a terrorist organization by the United States. One of the participants in the 1980 storming of the American Embassy in Tehran, Brig. Gen. Ezattollah Zarghami, is now the minister of Cultural Heritage and Tourism. Zarghami is a former head of the state-run radio and TV networks that broadcast regime misinformation and propaganda.

Brig. Gen. Rostam Ghasemi, the new minister for road and urban development, is a former head of the Khatam al-Anbia headquarters, the IRGC’s principal engineering arm and one of the regime’s largest contractors in industrial and development projects. He has specific expertise in bypassing international sanctions.

Furthermore, at least nine cabinet members are sanctioned by the United States, European countries, or the UN. Many of them are former members and senior officials of the IRGC.

So why has the regime installed such players in key positions? The answer lies in its desperate situation at home. After several rounds of major nationwide uprisings that began in 2017, Khamenei has attempted to insulate his regime from the unrest that undoubtedly looms on the horizon. He needs a squadron of terrorists and murderers to suppress the population at home and export terrorism abroad.

It is palpably obvious that Khamenei has installed a hit team to pursue dangerous policies—in effect crimes—both inside Iran and regionally. It is less obvious how the international community will respond. How will the United States and Europe, for example, decide to deal with a mass murderer like Raisi or his squadron of terrorists? Will they finally summon the courage to adopt a decisive policy to neutralize the regime’s threats?

With Iran’s economy in tatters, a coronavirus pandemic that has caused many thousands of deaths and wreaked havoc due to the regime’s abysmal mismanagement, and looming social unrest, Khamenei stands to lose everything. He is terrified of the fact that the main democratic opposition is gaining ground, organizing thousands of Resistance Units on the ground across Iran. A democratic, secular, and non-nuclear republic in Iran is closer than ever. As before, the regime thinks it can count on a sense of international impunity and Western proclivity toward appeasement. Is the international community willing to prove the regime wrong once and for all as it should?

Ali Safavi (@amsafavi) is a member of the Foreign Affairs Committee of the Paris-based National Council of Resistance of Iran (NCRI).

NCRI’s Latest Revelation Underlines Need for an Assertive Policy Toward Iran’s Regime
Comment
Iranians are crying out for regime change, not nuclear power. The West should listen.