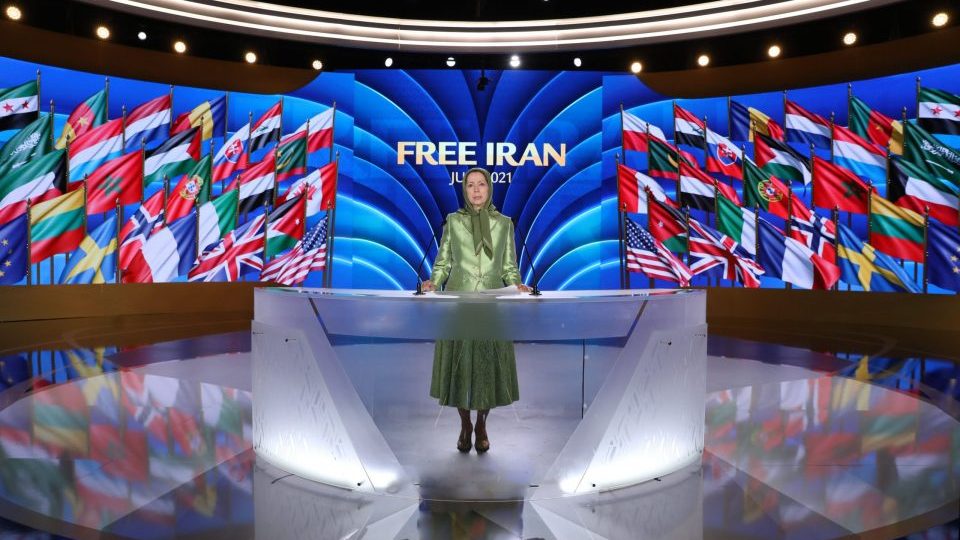 Democrats, Republicans join together for rare moment of bipartisan unity

Lawmakers from both parties broke through the partisan wasteland that is Washington DC this weekend to show support for Iran’s largest opposition movement and call for an end to the Iranian government’s various misdeeds.

At a conference on Saturday hosted by the Organization of Iranian American Communities (OIAC), Republicans and Democrats shared a virtual stage and a common message of support for the group, a rarity especially following the events of 6 Jan which have left Capitol Hill more divided than ever.

More than 1,000 dignitaries and lawmakers from various countries attended the packed event; US guests included allies of former President Donald Trump such as Mike Pompeo, House Minority Leader Kevin McCarthy, and Sen Ted Cruz while others seen as close to Speaker Nancy Pelosi, such as New York’s Hakeem Jeffries and California’s Judy Chu were also in attendance.

The speakers’ messages of support for the Iranian-American community and the struggle against Iran’s government varied little in terms of content, though some including Mr Pompeo and Mr Cruz took the opportunity to tout the actions of the Trump administration against Iran and call for pressure against the regime to be maintained.

Iran’s recent presidential election, which was denounced by speakers as a sham, was also a main topic as opposition supporters celebrated low turnout which they said stemmed from a boycott.

“We are now heading into a dangerous chapter with the Biden-Harris Administration. They work actively to undermine the national security gains made in the last 4 years and to reinvigorate the ayatollahs. The administration has shown every sign that it intends to and will embrace and appease the regime,” charged Mr Cruz in his remarks.

“Our administration’s policies were there for the Iranian people at every turn,” added Mr Pompeo, who went on to assert that the current Iranian regime was “largely unchangeable by US policies.”

Democrats who spoke on Saturday, including Sens Cory Booker and Maggie Hassan, largely focused their criticism on Iran’s regime, while offering little in terms of what to expect for Iran-US relations under the Biden administration.

“The regime in Tehran must be held accountable for treating women like second class citizens” and for the mistreatment, including murder, of its critics, said Ms Hassan in her remarks.

“We want to see Iran’s culture and economy and society thrive, unrestricted by oppressive leaders working constructively on shared problems and peacefully engaging with its neighbors and the rest of the world,” added Mr Booker. “Iran’s and its people have so much to offer if they are simply given the chance.”

At the center of Saturday’s conference was its host, Maryam Rajavi, president-elect of the National Council of Resistance of Iran and co-leader of the People’s Mujahedin of Iran, a left-leaning opposition group considered to be the largest such group in the country. The latter group has a fraught history with the US and the West in general, and was listed as a terrorist organization by the US until a legal campaign culminated in the Obama administration removing that designation.

Many of the group’s followers relocated to Albania with the support of the United Nations in the years following that legal campaign, and remain there today. The group was extensively supported by the Trump administration, and in particular by former National Security Adviser John Bolton, who vowed before taking the role that the group would be celebrating in Tehran by the end of 2018.

Ms Rajavi’s fiery speech at Saturday’s gathering focused on the alleged crimes of Ebrahim Raisi, Iran’s president-elect, while she and others asserted that Iran’s government was in its weakest position in years.

“Yes, the mullahs’ religious fascism chose [Ebrahim Raisi], the henchman of the 1988 massacre, to solidify their rule and close ranks, to preserve their power, and to prevent their inevitable overthrow in the face of looming uprisings,” she said.

“But they have actually dug their own graves,” added Ms Rajavi. “They are like a scorpion that stings itself after being surrounded by flames. Only the regime’s fear of the uprisings and the supreme leader’s political demise can explain Raisi’s taking office.”

Her criticism of Mr Raisi was echoed by many others at the conference, including the Senate Foreign Relations Committee chairman, Bob Menendez.

“A hardline crony of the supreme leader who is subject to US human rights sanctions was elected president,” Mr Menendez said of Mr Raisi, adding that the newly-elected president was “a man who Amnesty International’s Secretary General Agnes Callamard, recently said must be investigated for crimes against humanity.”

Much of the discussion surrounding President Joe Biden’s Iran policy currently centers around whether or not the US will rejoin the 2015 nuclear accord negotiated under the Obama administration, which set enrichment limits for Iran’s nuclear program and was exited by the US under President Donald Trump.

The president wrote in an op-ed last year that his administration would return to the Iran nuclear deal “if Iran returns to strict compliance with the nuclear deal”, which as of yet it has not.