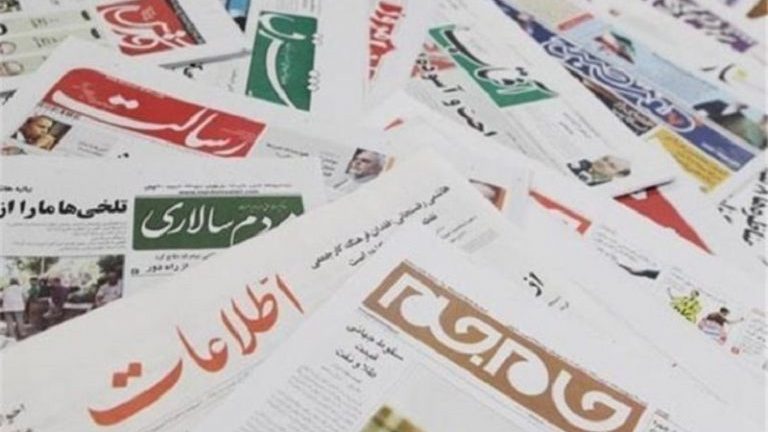 Iran’s state-run media have been acknowledging that Iran’s social and economic crises result from the mullahs’ mismanagement, and these crises have turned the society into a powder keg on the verge of explosion.

In an interview with the state-run Eghtesad-e Pooya daily on Tuesday, Mohammad Reza Mahboubfar, one of the regime’s sociologists, underlined the “very rapid spread of poverty” in Iran.

“Unfortunately, official statistics show that the poverty line in large cities is estimated to be at 10 million tomans, which means that poverty has spread in Iran. Poverty pervades society due to rising living costs, lack of proper business, and ultimately unemployment. Which causes many social phenomena,” Mahboubfar told Eghtesad-e Pooya.

One of these phenomena is the rising number of families selling their girls or using them in labor. “One of the ways to earn a living these days [for families] is through using their girls, which has increased. It shows that the middle class of society has unfortunately fallen into the underprivileged class, which means that 80% of people either live in poverty or under the poverty line,” Mahboubfar added.

In recent years, citizen-journalists have captured and published some heartbreaking scenes of the rampant poverty in Iran, which exposes the lies of the regime’s apologists that Iranians under the mullahs’ regime are not suffering. Instead of helping poor people, the regime arrests those capturing those moments.

“Instead of blaming the people who publish the videos and photos, we should solve the problems fundamentally,” Mahboubfar said in this regard.

He then warned the regime’s officials of “security issues,” a term the regime’s insiders and officials use to describe people’s uprisings.  “The authorities should try to gain the people’s satisfaction because if the people are not satisfied, there will be no progress or security in the country,” he said.

Since the November 2019 Iran protests, which rattled the regime’s foundation, different officials and state-run media warn each other of another uprising and try to blame one another for the uprising.

The November uprising started following the regime’s decision to raise the gasoline price. On Tuesday, the state-run Vatan-e Emrooz quoted Ali Shamkhani, Secretary of the regime’s Supreme National Security Council, saying, “The November incidents formed a security crisis” for the regime he blamed the government for it.

“This decision [to raise the fuel price] could have been chosen better, not resulting in political, security, social and economic prices,” Vatan-e Emrooz quoted Shamkhani as saying.

Following the major Iran protests in November 2019 and the regime’s heavy crackdown, which resulted in 1500 martyrs, the regime’s sham parliamentary elections met a national boycott.

“The protests that took place following the gasoline price-hike in different cities of the country, especially by the workers and in marginalized neighborhoods, showed their consequences in the 11th [sham] parliamentary elections in February with a significant decrease in turnout,” wrote the state-run Hamshahri daily on Tuesday.

In a bid to control the restive society that cast its vote of “regime change” in February 2020, the regime initiated a criminal coronavirus policy centered on cover-up, inaction, and minimizing the crisis.

Thus, according to the reports tallied by the Iranian Resistance, over 228,000 Iranians have lost their lives. The regime’s supreme leader, Ali Khamenei, has banned the entry of internationally recognized Covid-19 vaccines, and other officials, while forcing people to work and holding ceremonies, blame citizens for the spread of the virus.

On Friday, Ahmad Alam-ol-Hoda, Khamenei’s representative in Mashhad, called for carnivals and ceremonies on the occasion of Muhammad al-Mahdi’s birthday, the final Shia imam.

“During the last 24 hours, the number of Covid-19 victims in Iran has reached 60,687. Alam-ol-Hoda, however, does not seem to feel threatened by the disease and does not take the official death toll seriously, and calls on people to form carnivals,” wrote the state-run Arman daily on Tuesday.

With the growing public dissent and society’s restiveness, people are particularly attracted to the People’s Mojahedin Organization of Iran (PMOI/MEK) as the only viable alternative to the regime. This has terrified the regime’s officials, warning the regime’s rival factions, the state-run Mardom Salari daily on Monday wrote: “Why don’t they see that in the context of the livelihood crisis, a dangerous and sinister organization is taking root under the skin of the city? Do they not know that the MEK in its networks incites the poor youth to take radical actions against the entire system? When the waves of the discontent move and quickly turn out of expectation into a violent storm, there will be no sign [of the regime].”