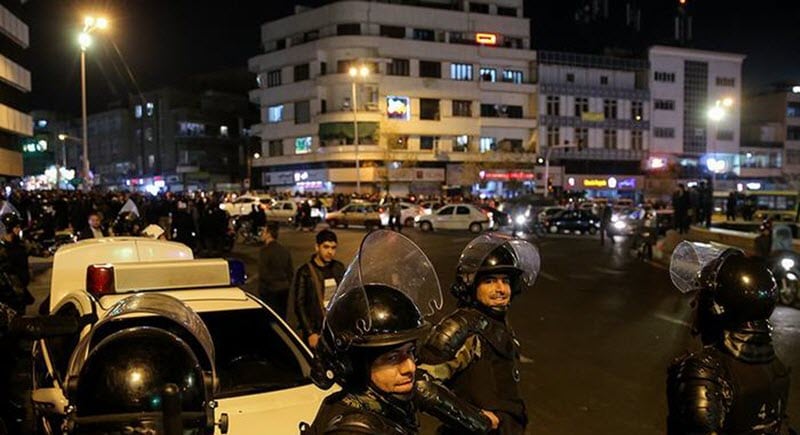 NCRI – The warring factions in the Iranian Regime are now divided over how to handle the people’s uprising, which has been dominating the country for over a month.

Many in Iranian Supreme Leader Ali Khamenei’s faction believe that they can placate the protesters by sacking President Hassan Rouhani, but those in Rouhani’s faction warn that this will not stop the protests.

As human rights activist Heshmat Alavi wrote: “This is only the beginning and there is no stopping this train, adding the entirety of this regime is in the crosshairs. There are those who believe dark days await those sitting on the throne in Tehran, speaking of future uprising waves. Providing no solutions, their words can mean nothing but succumbing to an inevitable downfall.”

The despair and hopelessness of the Regime, can be seen best in Iran’s state-linked media.

Websites Tadbir24 and Jamaran said that those in the Khamenei camp who are seeking Rouhani’s resignation are mistaken in thinking that will be the end of it. They note that the rest of the Regime will be next on the people’s hit list.

Granted, they are trying to make the point that Rouhani is the Regime’s last chance of survival, but they interestingly end up surmising that the people of Iran want to bring down the whole Regime.

Alavi wrote: “Protesters in the streets [are] crystal clear in their intentions and how they view the overall regime apparatus. Chanting “Death to Rouhani,” “Death to Khamenei,” and most interestingly, “Reformists, principalists, end of story,” the Iranian people are demanding sweeping changes, accepting nothing short of regime change. This ends Iran’s scheme of portraying a system established on two parties of conservatives and reformists.”

While Rouhani-affiliated website Asr Iran and Rouhani’s economic advisor Hossein Zaghfar warn of more crises to come, which will lead to the Regime’s downfall. At least the Regime understands that these protests aren’t going away.

Even with the murders of at least 53 protesters in the streets and the imprisonment of 8,000, the mullahs are losing its power to crack down on the people, as members of the Revolutionary Guards Basij paramilitary force burn their IDs and join the protesters.
Alavi wrote: “The Iranian people are proving to the world over their objective of seeking regime change and establishing a republic based on democratic values rightfully cherished by most of today’s countries.”

Luckily, the Iranian people already have a realistic alternative to the mullah’s rule: the National Council of Resistance of Iran, which already serves as a government in exile and has a working relationship with thousands of elected officials all over the world.
In order to help the Iranian people in their brave fight for freedom, the international community should demand the release of all protesters and political prisoners, provide free and open free internet access to all of Iran so that activists can continue reporting the truth about the Regime, and continue cutting off Iran’s access to the global financial system, in order to deprive the Regime of money which it will use to abuse its citizens and create havoc in the Middle East.

Iran’s Latest Crackdown on Dissent is Fueled by UN Silence Over Past Crimes
Comment
Senior Prison Official Admits to Arrest of More Than 5,000 People, Including 1,400 Women During the Protests