Iran Regime Apologists Grasp at Straws Regarding the MEK 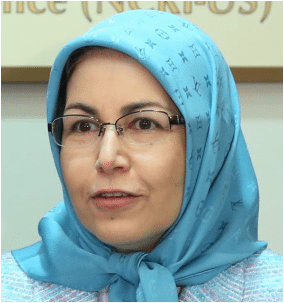 It amounts to nothing more than a pitiful attempt to overshadow the failure of policy of appeasing the Iranian regime, which is universally condemned as the world’s leading state sponsor of terrorism and the leading per capita executioner of its own citizens and for the slaughter of over 100,000 dissidents, including 15-year-old girls and pregnant women.

One is reminded of the infamous saying, “Tell a lie that’s big enough and repeat it often enough, and the whole world will believe it.”

In the best-case scenario, Mr. Benjamin’s hyperbolic regurgitation of a defamatory MEK narrative from his time in office suggests that, unlike policy experts in Washington, he is unaware that these allegations and characterizations have since been refuted in detail by independent research, and formally discredited by successive high judicial investigations. His boss, Secretary of State Hillary Clinton, demonstrated her lack of confidence in Mr. Benjamin’s position in 2012 by removing the terrorist designation of the MEK to make US counter-terrorism policy consistent with those of the EU, UK, France, a large bi-partisan group of U.S. Congress members, and many bipartisan senior former leaders whose integrity Mr. Benjamin has impugned. We are left only with the awkward specter of one former official, now in academia promoting his byline, who would profit from studying issues before attempting to write about them.

Indeed, several independent studies make it palpably clear that the MEK had no role in the assassination of US military officers and Pentagon contractors in Iran more than 40 years ago. Neither was it involved in any form or shape in the takeover of the U.S. embassy in Tehran, nor did it take part in the crackdown on Iraqi Kurds or Shiites, and nor did it ever pay any politician. The targets of the MEK’s military operations, which the group unilaterally ceased in June 2001, were, according to international law, legitimate military targets, including the Islamic Revolutionary Guards Corps (IRGC) whose crimes are only surpassed by the Third Reich, and which is responsible for the death of hundreds of foreign nationals, including Americans.

There was nothing “inexplicable” about Secretary Rumsfeld declaring the MEK members in Camp Ashraf as protected persons in 2004. “A 16-month review by the United States has found no basis to charge members of an Iranian opposition group in Iraq with violations of American law, according to senior American officials,” wrote the New York Times.

Contrary to Mr. Benjamin’s assertions, the delisting of the MEK was no act of charity. America’s second highest court forced Mr. Benjamin’s hands. Nor did the MEK’s challenge to the designation begin in 2012. Ever since it was blacklisted in 1997, as “a goodwill gesture” to the murderous mullahs of Iran, as acknowledged by Benjamin’s colleagues at the time, the MEK challenged its designation.

At the time of MEK’s 2008 challenge, Mr. Benjamin’s predecessor, Ambassador Dell Dailey urged the Secretary to revoke the designation because it had no basis in fact or law. The call fell on deaf ears as the State Department was contemplating opening a consular office in Tehran at the time, according to the New York Times.

The Court of Appeals finally heard the case and in 2010 unanimously rejected the designation, saying that the Secretary had provided no evidence to justify the decision. But the State Department refused to heed the court’s ruling, prompting the MEK to file a writ of mandamus. In their briefs to the court and during the oral hearing, Benjamin and his cohorts vehemently argued against the delisting. The court, of course, felt otherwise, and granted the writ of mandamus, the first since 1803, delivering a sharp rebuke to the State Department, calling its delay “egregious” and ordering it to take action or it would delist.

Ironically, in his many appearances before Congressional hearings, Mr. Benjamin never uttered any of these allegations when grilled by members from both sides of the aisle, because he knew that despite several classified briefings provided to the members on the MEK, Congress strongly rejected MEK’s FTO designation, which it viewed as a goodwill gesture to Tehran, as 99 members (52 D and 47 R, including seven committee chairs) called for the group’s delisting.

As for the situation at Camp Ashraf, Mr. Benjamin is being disingenuous. In violation of repeated and written commitments to protect the residents of Ashraf, the State Department handed over the control of the Camp to the government of Nuri al-Maliki, a puppet of Tehran. The FTO designation and Mr. Benjamin’s unjustifiable foot dragging in complying with the Court of Appeals ruling, set the stage for the Iraqi security forces to launch three deadly assaults on the residents, resulting in the deaths of more than 100 residents and the wounding of over 1,000 more.

Oddly enough, Mr. Benjamin piece repeats the talking points contained in a letter sent in the same week by an Iranian regime’s senior official, Javad Larijani, to Federica Mogherini, the High Representative of the European Union for Foreign Affairs and Security Policy. One wonders about the coincidence!

Mr. Benjamin remarks are in sharp contrast to Secretary of State John Kerry’s views, who lauded the resettlement of all members of “exiled Iranian opposition group, the Mujahedin e-Khalq, or MEK,” from Iraq to Europe in September 2016, emphasizing that “their departure concludes a significant American diplomatic initiative that has assured the safety of more than 3,000 MEK members whose lives have been under threat…I first became involved in this effort when I was in the Senate … I’m very proud that the United States was able to play a pivotal role in helping to get this job done.”

Benjamin fails to refer to what the MEK has done to expose the Iranian regime’s terrorism and reveal the Iranian regime’s major nuclear sites, which triggered the International Atomic Energy Agency’s (IAEA) inspections of the uranium enrichment facility in Natanz and Heavy Water Facility in Arak in 2002 for the first time. Since then, the majority of the visits by the IAEA inspection teams have been to the sites first uncovered by the MEK.

Relying on a vast network inside Iran, MEK revelations of the nuclear weapons program significantly contributed to the world peace. If it were not for the MEK nuclear revelations, Tehran would have had the Bomb by now. Congressman Brad Sherman (D-CA) told a House Foreign Affairs Committee Hearing “We all owe a debt of gratitude to the MEK for bringing this information to the world, and causing the United States and the world to focus on the problem.”

What Mr. Benjamin has tried to overshadow by attacking possible nominees of Mr. Trump and parroting stale and discredited slanders against the MEK, is the stark reality that the American people soundly rejected the policy of giving concessions to the turbaned tyrants of Iran. This policy must change and the Iranian regime must be held to account for the many crimes it has committed against the Iranian people and the international community. This is what Mr. Benjamin and the pro-Tehran lobby are finding very difficult to digest.

Iran is Directly Fueling the Syrian Civil War. It Won't End Until Washington Gets Them Out.
Comment
Response to McClatchy on MEK