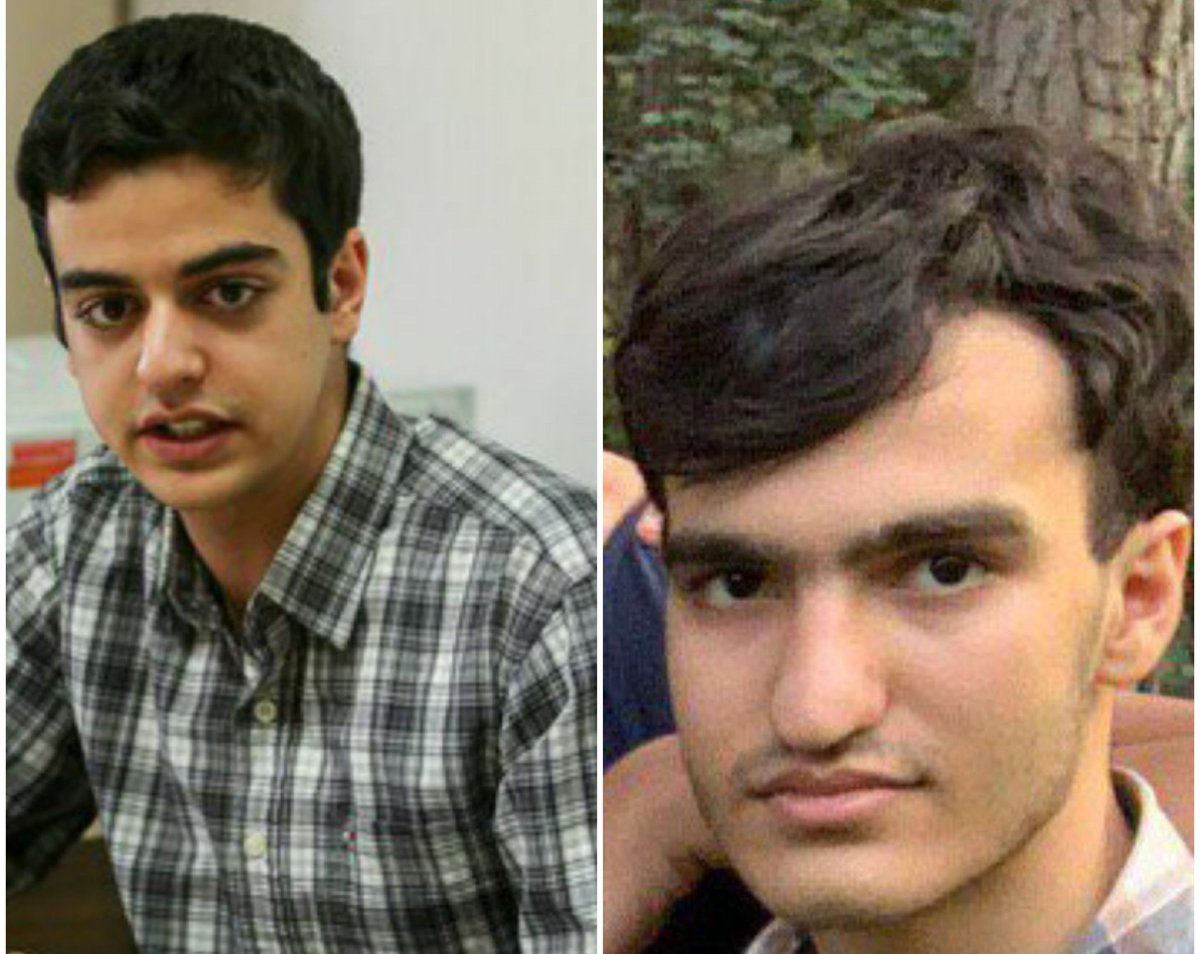 by Secretariat of the National Council of Resistance of Iran (NCRI)

Names of 18 other detainees – Mrs. Rajavi calls for the release of prisoners, dispatch of an International Delegation

Judiciary spokesman: Amid the Coronavirus this was a conspiracy by the enemies; they wanted to wreak havoc in the country, which was fortunately thwarted by the vigilance and timely action by our intelligence agents.”

The Iranian regime’s judiciary finally admitted the arrest of two elite students from Sharif University of Technology after detaining them for 26 days. Amir Hossein Moradi disappeared on April 10,  and Ali Younesi was brought home in the evening of the same day, with injuries and torture marks.

After a few hours, his parents were taken away with him and interrogated for hours under pressure. Subsequently, the students at Sharif University protested and demanded to know about the status and fate of their friends.

Ali won the gold medal of the 12th International Olympiad on Astronomy and Astrophysics, held in China in 2018. Earlier, he had won the silver and gold medals of the National Astronomy Olympiad in 2016 and 2017. Amir Hossein also won the Olympiad silver medal in 2017.

The Judiciary Spokesman Gholam-Hossein Esmaili today acknowledged the arrests of Amir Hossein Moradi and Ali Younesi, saying they had linked up with the PMOI (MEK). Reciting a series of trumped-up charges, he added that they had engaged in “diversionary actions” and were “attempting to carry out sabotage operations.” “Explosive devices used in sabotage operations were discovered when their homes were searched,” he said.

“Amid the Coronavirus, this was essentially a conspiracy by the enemies; they wanted to wreak havoc in the country, which was fortunately thwarted by the vigilance and timely action of intelligence ministry agents,” Esmaili added.

Terrified of the uprising, the religious fascism ruling Iran finds no other option other than resorting to intimidation, suppression, and stepping up repression. The flip side of the mullahs’ intelligence ministry tactics is to resume the ridiculous circus by its agents on social media who pose at families of the PMOI in Albania.

The People’s Mojahedin Organization of Iran (PMOI/MEK) announced the names of 18 others, among the many who have been arrested, as follows:

Mrs. Maryam Rajavi, the President-elect of the National Council of Resistance of Iran (NCRI), emphasized that the detainees are subject to torture and face execution, as well as in danger of being exposed to Coronavirus.  She again urged the Secretary-General of the United Nations, the High Commissioner for Human Rights, and the Human Rights Council, as well as the international human rights organizations to take urgent action to secure the release the detainees and to send international missions to visit the regime’s prisons and meet with these prisoners.

The clerical regime must publish the names of all the detainees and respect all their rights by the international conventions to which it is a party. Torture and ill-treatment of political prisoners are well-known practices of the regime. Since the December 2017 uprising, a significant number of prisoners have been murdered under torture. The regime maintains silence and engages in a cover-up  about the fate of these prisoners. And when compelled to say anything, it claims they have committed suicide and killed themselves.