MENUMENU
Articles > Iranian people must imagine life after the mullahs

Iranian people must imagine life after the mullahs 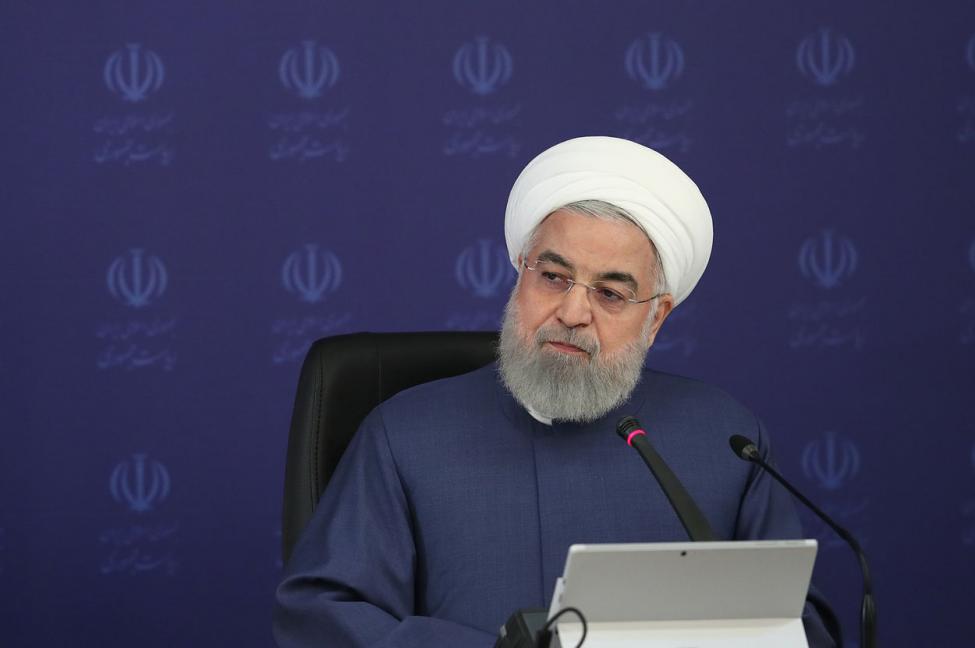 May 4 (UPI) — John Lennon wrote his famous song “Imagine” inviting us to consider a perfect world. Perfection may be difficult to achieve, but for the 80 million suffering and oppressed people of Iran, imagining a better future, without the mullahs, may be the first necessary step on the way to achieving it.

Iran is facing social collapse, enduring the triple whammy of a corrupt, theocratic dictatorship, a disintegrating economy and a manifestly bungled attempt to control the coronavirus pandemic. The mullahs’ regime has lost control of the economy and lost control of the disease. Having stolen the people’s wealth for 41 years since the 1979 revolution, squandering billions on the export of terror and on proxy wars, spending billions more on their top-secret nuclear weapons program, while stuffing bags of cash into their own private bank accounts, they are now facing economic and social meltdown.

Even the state-owned Aftab-e-Yazd daily newspaper wrote last week, “There is a fear that the post-coronavirus deep social crisis which exists today will deepen further. How long can the government continue to distribute a million tomans ($60 dollars) in aid? Distributing money will not solve the problem. The problem is due to the fact that many businesses have suffered, there is huge unemployment, rising inflation and all of these can bring about social collapse. Add these to the recent discontent and protest movements and you get a true picture of the state of the country.”

Iran, despite its rich, civilized and open culture, has become an international pariah, its religious fascist regime condemned for human rights abuse and the export of terror, while its 80 million beleaguered citizens, over half of whom are under 30, struggle to feed their families against a background of power outages, water shortages and food prices that have risen by more than 60 percent and a death toll from coronavirus that has spiraled out of control.

The Iranian people have long known that the regime is more toxic than the virus. The mullahs are terrified that their theocratic system will come tumbling down, as the impoverished masses rise up in fury and throw them into the dustbin of history.

Iran’s descent into economic chaos can be laid directly at the door of supreme leader Ayatollah Ali Khamenei and President Hassan Rouhani. Their policy of aggressive military expansionism and conflict across the Middle East has seen them consistently pour resources into Bashar al-Assad‘s murderous civil war in Syria, the genocidal campaign against the Sunni population of neighboring Iraq, their support for the Houthi rebels in Yemen and their vast funding for the Hezbollah terrorists in Lebanon and Hamas in Gaza. They pay $750 million every year to Hezbollah in Lebanon alone. This is clearly no longer sustainable.

The people of Iran need to imagine what life would be like without the mullahs. With a democratically elected government restoring freedom, justice, human rights and women’s rights, ending the sponsorship of terror and proxy wars, ending the race to build a nuclear weapon and ending corruption, the economy of Iran would be transformed. Although the coronavirus lockdown has affected the world in an unprecedented way and it will certainly take years to recover, Iran’s recovery could be dynamic by comparison.

Iran has the world’s second-largest gas reserves and fourth-largest crude oil reserves. The combination of sanctions and the collapse in oil prices due to the pandemic has brought Iran’s greatest industry to a shuddering halt. But when the lockdown is over, people will rush back into their cars and aircraft around the world and oil and gas prices will rise again. Iran would be in a prime position to benefit from this resurgence, but only if the mullahs have been deposed, democracy restored and sanctions lifted.

The Iranian people also have to imagine what life would be like if they had a new government that no longer spent billions every year on internal oppression and the development of nuclear weapons and accompanying missile technology. Imagine the billions that is channeled to Syria, Yemen, Iraq, Lebanon and Gaza being spent instead on schools, hospitals and social welfare in Iran. Imagine the money that has been corruptly stolen from the Iranian people by Khamenei and the Islamic Revolutionary Guards Corps being restored to its rightful owners, the people of Iran. Imagine the billions in international assets that have been frozen by sanctions, being freed for use in rebuilding the Iranian economy.

According to Brian Hook, senior U.S. policy adviser on Iran to Secretary of State Mike Pompeo, Iran has spent more than $16 billion during the past few years to fund militant terrorists across the Middle East, cash that was repatriated to Iran under the terms of U.S. President Barack Obama‘s flawed nuclear deal. Hook says that as Iran’s economy teeters on the brink of collapse under the tough sanctions regime imposed by the Trump administration, the Islamic Republic’s authoritarian leadership has spent its limited cash reserves to bolster terror groups such as Hezbollah and Hamas, as well as militant terrorists in Syria, Iraq and Yemen.

The Iranian economy is in a plummeting decline. Spiraling inflation and a collapsing currency have combined with the coronavirus crisis to bring the country to a virtual standstill. The active Iranian work force is 26 million, of whom at least 10 million were jobless even before COVID-19 struck. Youth unemployment was at a staggering 40 percent. At least 70 percent of the population are living at or under the absolute poverty line, unable to meet their essential daily needs.

Now the country is in virtual lockdown, but the regime is doing nothing to help. Indeed, in a blind panic, Rouhani has pretended that the pandemic is under control and has ordered Iranians to return to work, leaving them with the choice of starving to death in lockdown or dying of COVID-19 back at work.

These are life-or-death choices for the Iranian people. They are fed up with their corrupt, fundamentalist rulers. They are fed up with living in poverty and deprivation, as the mullahs siphon off the country’s wealth to fill their coffers and to finance conflict and terror throughout the Middle East. They know that the regime’s system of velayat-e-faqih, the guardianship of the Islamic jurist, offers no solution to the economic crisis and no future for Iran.

The whole Iranian economy is focused on the military requirements of the IRGC. Iranian society is facing chaos and social collapse. The capacity of the regime to reform the economy is no longer there. Instead, the mullahs turn their attention to test firing new missiles and demonizing the main democratic opposition movement, the Peoples’ Mojahedin of Iran (PMOI/MEK), in an attempt to hide the reality of their economic mismanagement.

In the lyrics of his song “Imagine,” Lennon sang: “You may say I’m a dreamer, but I’m not the only one. I hope someday you’ll join us and the world will live as one.” The world needs to end its appeasement of the mullahs and join the people of Iran who dream of a better future.