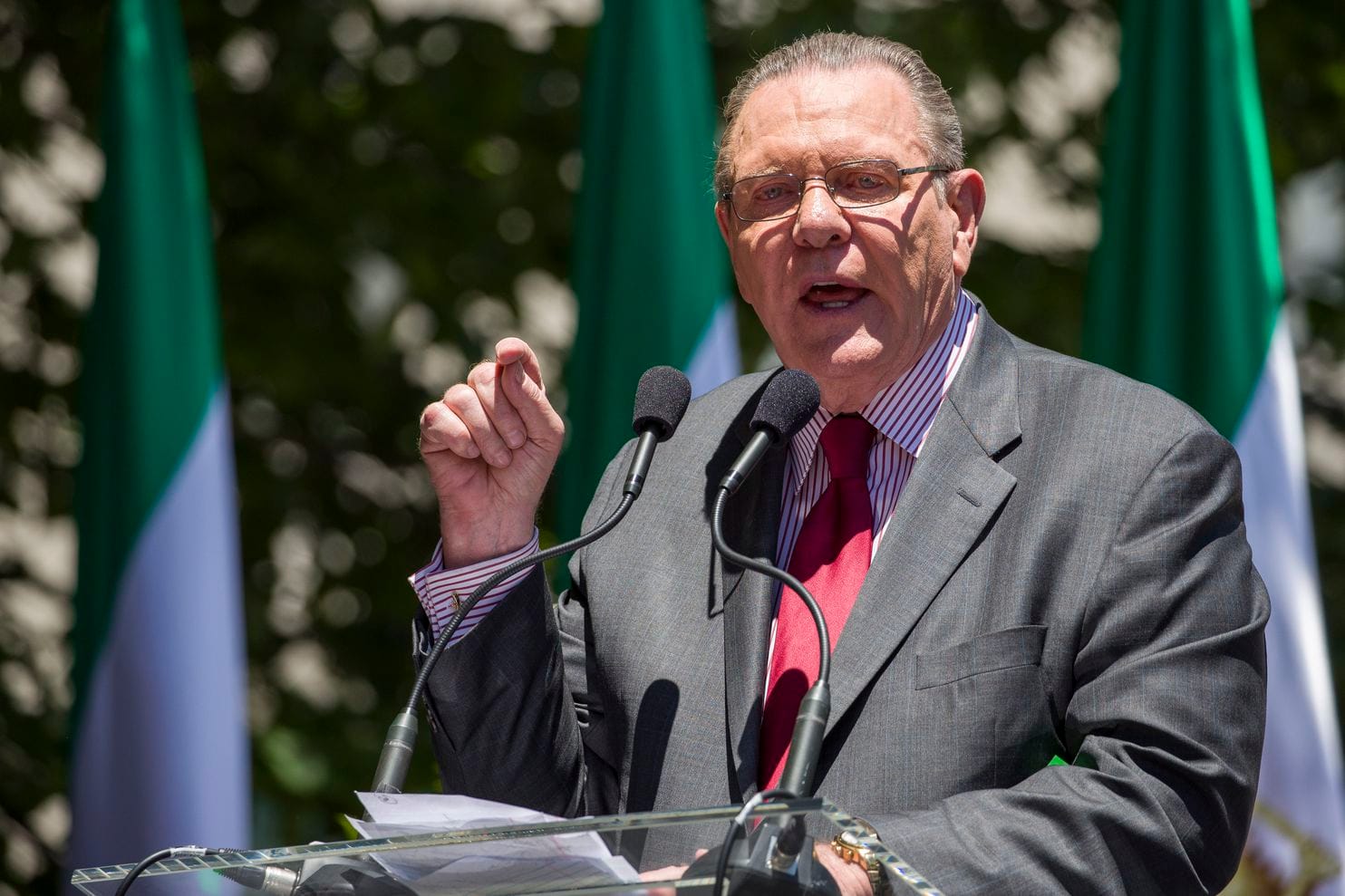 WASHINGTON — Supporters of an Iranian exile group with ties to some of President Donald Trump’s top advisers rallied Friday for regime change in Iran, amid heightened tensions between the U.S. and Iran.

Clad in yellow vests emblazoned with the words “Free Iran,” more than 1,000 members of the Mujahedeen-e-Khalq gathered outside the State Department to demand an end to Iran’s theocratic government. The demonstration took place just hours after Trump claimed he had approved but then called off military strikes against Iran to retaliate for its downing of a U.S. drone in the Persian Gulf.

After the rally, the demonstrators were to march to the White House to press their case.

“We have and will continue to declare that what we seek is the regime’s overthrow, overthrow, overthrow,” the group’s Paris-based leader Maryam Rajavi said in a video message to the crowd, which also included current and former U.S. lawmakers from both the Democratic and Republican parties.

Known as the MEK, the controversial group has hosted Trump’s hawkish national security adviser John Bolton at previous events and the president’s personal lawyer, Rudy Giuliani, is a supporter. Before joining the administration, Bolton told an MEK meeting in 2018 that “before 2019, we here … will celebrate in Iran.” Giuliani, the former New York mayor, has made similar comments before the MEK.

Once listed as a “foreign terrorist organization” by the United States, the MEK has been derided by critics as a cult. But the terrorist label and sanctions attached to it were rescinded in 2012 and its influence has increased since Trump became president. The Trump administration earlier this year designated one of the MEK’s main foes, Iran’s Revolutionary Guards Corps, as a foreign terrorist organization, and the MEK is now calling for Iran’s Interior Ministry to be similarly sanctioned.

Iran views the group as a threat, and last year its annual rally in Paris that Giuliani attended was the target of an alleged Tehran-backed bomb plot that was thwarted by arrests. An Austrian-based Iranian diplomat is being held in Belgium, where police found bomb material in the car of a couple of Iranian origin.

The group has its headquarters outside Paris with several thousand members in Albania, extracted in a U.N.-brokered effort from Iraq. Supporters are scattered elsewhere in the West as part of the Iranian diaspora.

Address by Mrs. Maryam Rajavi the President-elect of the National Council of Resistance of Iran
Comment
Trump Announces New Sanctions on Iran, Including on Supreme Leader