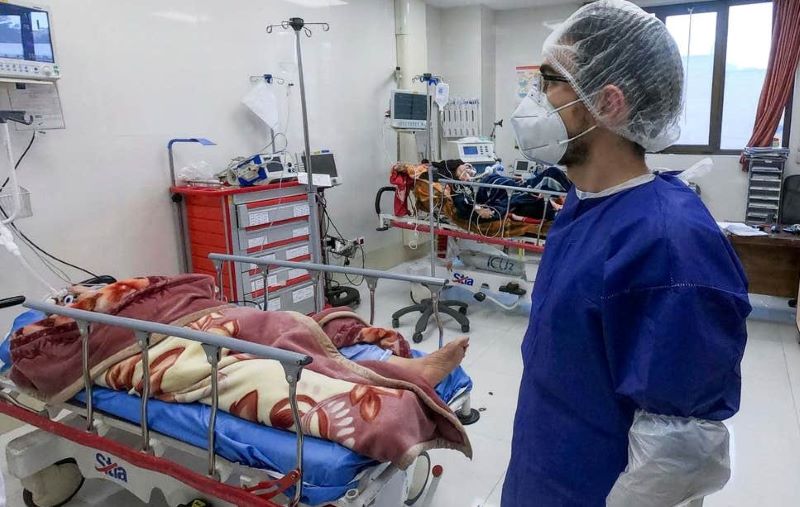 The People’s Mojahedin Organization of Iran (PMOI /MEK) announced on Monday, March 2, 2020, that as of 8:00 pm local time, the death toll nationwide from Coronavirus had exceeded 1000.

Preventive medical resources and equipment are essentially in the possession of the Revolutionary Guards (IRGC) and regime officials. Ordinary patients are deprived of many basic needs, such as masks and disinfectant liquids. The hoarding of masks and other medical equipment and their sale on the black market by the IRGC and other government agencies have become routine.   Regime officials and state media have acknowledged that such equipment is sometimes sold at 10 times the actual price.

Many reports from various prisons around the country indicate that the virus has spread to the Greater Tehran Prison (Fashafouyeh Gohardasht, Ghezel-Hesar, Central Karaj, Urmia, Shiban-Ahvaz and Kashan prisons. The overcrowded prisons and the lack of hygiene have accelerated the spread of the virus. Prisoners are deprived of masks and disinfectants. In some prisons, such as Ghezel-Hesar, even soap and detergents are not available. Death row political prisoner Amir Hossein Moradi, one of the protesters during the November uprising, is among those infected by the virus. Two infected political prisoners in Shiban-Ahvaz prison have also been quarantined, and there is no information available about their status.

Mrs. Maryam Rajavi, the President-elect of the National Council of Resistance of Iran (NCRI), again expressed alarm over the spread of the Coronavirus in Iranian prisons and called on the United Nations Secretary-General, the United Nations High Commissioner for Human Rights, the Human Rights Council, and other international human rights organizations to take urgent action to save the lives of the prisoners, and prevent a major humanitarian catastrophe.

Mrs. Rajavi noted that the regime has engaged in a cover-up and deception in a bid to counter the Iranian people’s fury and uprising. Iranians blame the mullahs for being solely responsible for the spread of the Coronavirus. She reiterated the need to show outrage and to stage protests and strike to any extent possible. She emphasized that medical and healthcare facilities should be removed from the IRGC’s monopoly and provided to physicians, hospitals, and the public.

Over 300 Fatalities as a Result of Coronavirus
Comment
Iran: Coronavirus Death Toll Reaches 1,200