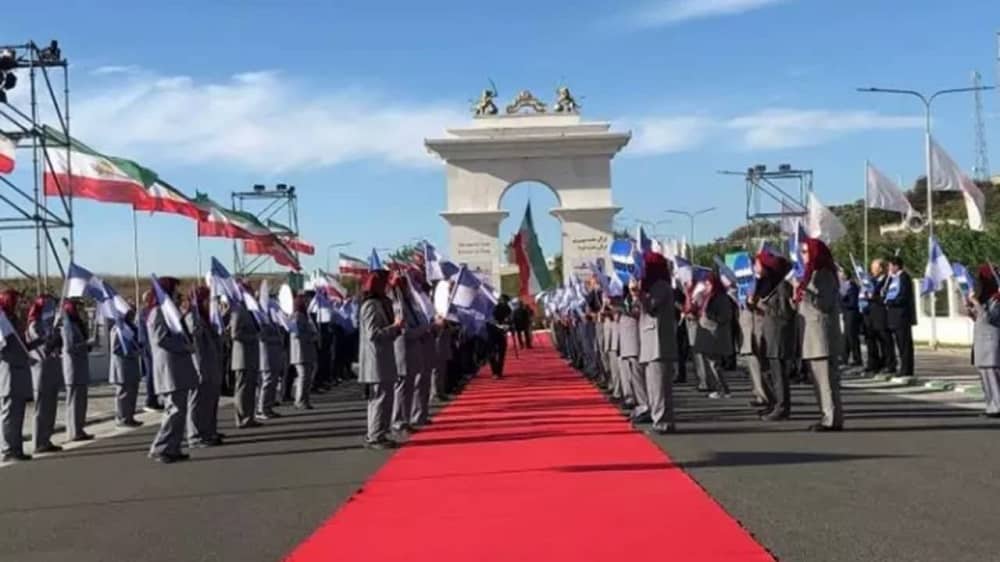 Thursday marked the thirty-sixth session of the trial of Hamid Noury, an Iranian prisons official charged for his role in the 1988 massacre of over 30,000 political prisoners in Gohardasht prison. Noury was incarcerated in 2019 by Swedish authorities. On Wednesday, his trial was held in Albania, where survivors of the 1988 massacre began giving their testimonies. Per the prosecutor’s request, the trial location was transferred to Albania, where members of the Mujahedin-e Khalq (MEK) reside. The MEK members form the majority of the 1988 massacre victims.

During the second session of Noury’s trial in District Court of Durres, Albania, MEK member Majid Saheb Jam, who served nearly 17 years in Iranian prisons, testified. Saheb Jam is one of the plaintiffs of Noury’s case.  Saheb Jam said in his testimony that he was transferred from Evin prison to Gohardasht prison in 1988 and witnessed the crimes committed by regime officials, including Noury.

Saheb Jam testified that upon his arrival to Gohardasht, he was tortured along with several other prisoners. “They brought us to a corridor, a ward that was almost empty, and the guards stood in lines to form a tunnel for the prisoners,” he said, adding they were beaten with cables and sticks as they passed the human tunnel.

According to Saheb Jam, Hamid Noury was also among the torturers. Saheb Jam had seen Noury in Evin, so he was “surprised to see him” there since he had “seen Noury more than ten times in Evin.”

“The prison authorities wanted to determine which prisoners were standing firm [in their support for the MEK],” Saheb Jam said, adding that they were interrogated a day after their arrival in Gohardasht.

“In these interrogations, which were very intense, after going through the basics such as our first and last name, they asked, ‘Are you a supporter of the MEK or any other group? And then the more violent interrogation began to determine our status,” Saheb Jam said.

According to Saheb Jam, on July 29, the Friday Prayer sermons were broadcast in prison. “That sermon sealed our fate,” Saheb Jam said, as, on that Friday, the message of the prayer was that “prisoners should not be tolerated.”

“After that, Davood Lashgari took us to the main rooms, where he asked our names, particulars, and our crime. This determined our fate,” Saheb Jam added.

According to Majid Saheb Jam, the prison authorities removed all television and prevented newspapers from entering the prison. They also cut off prisoners’ meetings with their family members.

Saheb Jam recalls that they saw a delegation headed by Hossein Ali Nayyeri, Evin prison’s Sharia Judge and the head of the Revolutionary Courts, arrive in Gohardasht.

“We knew that Nayyeri was not here to stop meetings and breaks. He was here to make a serious decision,” Majid Sahem Jam said in this regard during the trial of Hamid Noury.

This delegation was what later became known as the “Death commission.” These commissions were responsible for implementing Ruhollah Khomeini’s fatwa to execute all MEK members and supporters.

The regime’s current president, Ebrahim Raisi, was one of the members of this committee. The “Death Commission” summoned prisoners individually and verified whether they still supported the MEK or not.

Anyone who refused to accept the regime’s terms was sentenced to death by hanging.

On August 5, Saheb Jam recalls that the regime’s Supreme Judiciary Council’s Chief spoke at the Friday Prayers. “He said, ‘I can’t stand it. They are constantly telling me why these prisoners are alive? When they tell me to execute MEK prisoners, I have no answer,” Saheb Jam said, adding, “By hearing his words, the piece of the puzzle fell into place, and we realized what awaited us.”

Finally, on August 6, Majid Saheb Jam was taken to meet the “Death Commission.” “Except one of them, I recognized Nayyeri, [Morteza] Eshraghi, Raisi, [Esmail] Shoushtari, and another person that I later learned was Pourmohammadi,” Saheb Jam said. After asking Saheb Jam’s name, Nayyeri tells him,

“We want to pardon the prisoners.”  “I remembered the speech from the previous day’s Friday Prayers, and it had no semblance of pardon. The presence of Nayyeri had no indication of pardon. He was here to sentence, not to pardon,” Saheb Jam said.  Saheb Jam identifies himself as a supporter of MEK.

“Eshraghi insulted me and called me a supporter of Monafeghin (hypocrites) [he term the regime uses to refer to the MEK],” Saheb Jam said.

“Nasserian entered the room with a paper and told me to sign it. It was a document that stated I denounce [opposition to the regime]. I left the room with Nasserian and wrote a few words on the paper,” he said, adding, “A few minutes later, Nasserian came back, took the paper, and led me to the main hallway and told me to sit down. It was in this hallway, where prisoners were sitting on both sides, that I witnessed many things.”

This hallway is now known as the “Death Corridor,” where prisoners were kept before meeting the “Death Commissions.”

In this regard, Saheb Jam said: “Some of the prisoners were taken to the end of the corridor, and new prisoners were brought in. This cycle repeated several times until the end of the night. This is where I met Hamid Abbasi [Noury] for the first time. He came out of the courthouse and stood in the middle of the corridor, and read names from a paper. After a few minutes, these 12 people were lined up, and he told them to go to their wards. Those words were very painful.”

“I lost some of my best friends that day, people who were with me that morning and had been sent to the Death Commission,” he said. “The only difference was that when they were asked the same question, they presented themselves as supporters of MEK. I didn’t say that. And I watched them walk past me and go to the death hall.”

“They died because they stood firm on their support for the MEK, and I didn’t,” he said.

“But for me, the most painful scene was Mohsen Mohammad Bagher’s last moments. Both his legs were paralyzed. When he was a kid, he had played a role in a famous movie that won a prize in a film festival in Sweden. He went into the line of execution with crutches,” he said.

“Nasser Mansouri was taken to the death hall on a stretcher because he was paralyzed from the neck down,” he said, adding that those “painful scenes would not end.”

“I kept on watching as Hamid Abbasi [Noury] called the prisoners in series and handed them over to the executioners. [Noury] held a box of pastries and offered sweets to prison guards as they passed by. They were celebrating the executions with sweets,” Majid Saheb Jam said.

“On August 13, I was again taken to the Death Corridor. There I saw more prisoners going to the gallows. This time, the difference was that they were in a bigger hurry, and we didn’t know why. Hamid Abbasi [Noury] called prisoners, asked their name and father’s name, and took them to the Death Hall in groups of 10 to 15,” he said.