Hundreds of Thousands of Prisoners, Especially Political Prisoners, at Risk of Coronavirus Outbreak 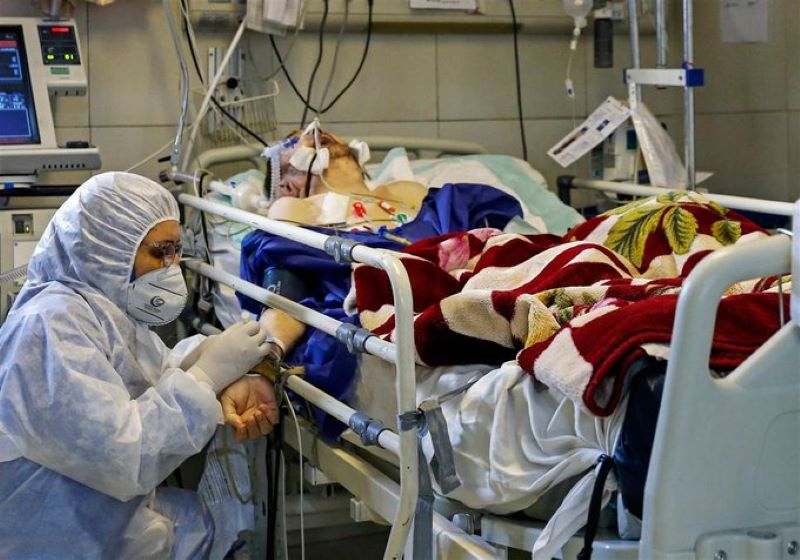 Mrs. Rajavi calls on the international community to take immediate action to save the lives of political prisoners

Mrs. Maryam Rajavi, the President-elect of the National Council of Resistance of Iran (NCRI), while warning of the increasing exposure of prisoners in Iran to Coronavirus, and the spread of the virus in many prisons, called on the United Nations Security Council, the Secretary-General, the Human Rights Council, the High Commissioner for Human Rights, and on other relevant international organizations to take immediate action to save the lives of prisoners, particularly political prisoners that are under torture and additional limitations and pressure.

Urgent international intervention is critical to avert a large humanitarian catastrophe, she said.

After the Coronavirus outbreak across Iran, prisoners, particularly political prisoners, are in a dire situation in most prisons, including Evin, Qezel-Hesar, Gohardasht, Ardebil, Urmia, Quchan, Zahedan, Kermanshah, and Sanandaj. In all these prisons, inmates have been infected but are not quarantined, and no serious treatment or preventive measure is undertaken. Political prisoners suffering from additional limitations face greater risks if infected. The regime’s Judiciary Chief, Ebrahim Raisi’s claim that they will be sending prisoners on temporary leave   deceptive tactics and covered very few prisoners. Political prisoners were excluded.

Addressing the international community, s Sunni political prisoners in Gohardasht Prison protested the prison’s abysmal sanitary conditions and warned of the possibility of virus infection. They demanded to be provided with hygiene facilities and preventive measures taken against the disease transmission to the prison.

After a prisoner in Urmia was infected, the guards took a thermometer device to the ward, but after taking the temperature of a few prisoners, they left using the excuse that the device’s battery had run out, and never returned. In another section of the prison, housing hundreds of prisoners, when one prisoner was infected, the guards used a loudspeaker and told other prisoners to be careful! When the prisoners staged a strike and demanded anti-infection material, prison guards, disinfected the ward with water and whiteners!

In the past few days, families of prisoners in Urmia’s Central Prison have been gathering in front of the prison, providing bail, and requesting temporary leave for their loved ones, but prison officials refuse to grant leave. In Zahedan, several prisoners have been infected Family visits have been canceled for 10 days ago. In Quchan, a prisoner has died, and other prisoners are in danger of infection. Prisoners have protested the lack of preventive measures and treatment, but no action has been taken.