Giuliani, speaking at summit of Iranian dissidents, compares mullahs to the mafia 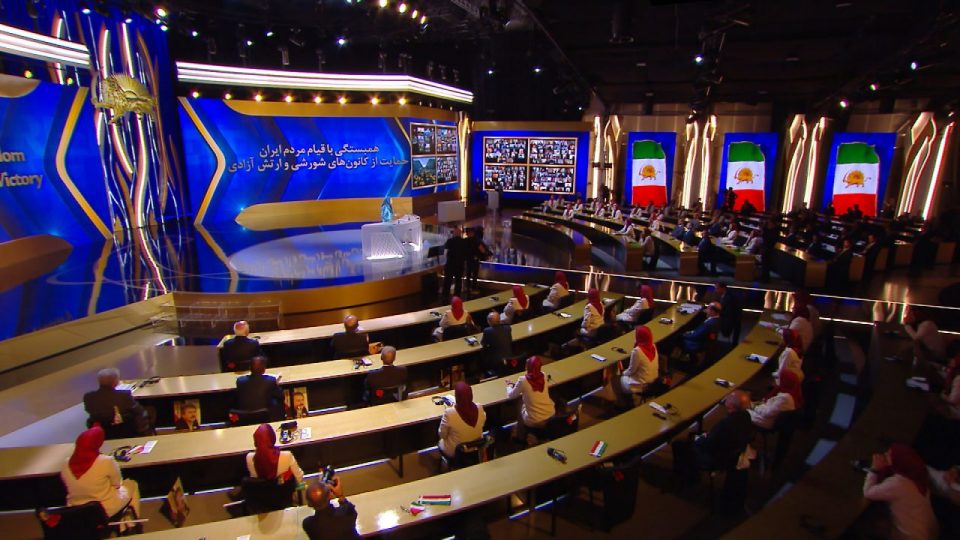 The top Iranian resistance group held its annual summit Friday, whose attendees included Trump lawyer Rudy Giuliani, who joined calls for the overthrow of the regime in Iran — calls that have been boosted by recent protests in Tehran and international pressure from the U.S.

The National Council of Resistance of Iran (NCRI) held the Free Iran Global Summit online due to the coronavirus and had estimated that participants from 102 countries and 30,000 locations would attend the event.

Giuliani was one of a host of speakers from across the globe who dialed in remotely and symbolically delivered a letter on behalf of a bipartisan coalition of U.S. politicians and officials, including former Sen. Joe Lieberman, former U.S. Attorney General Michael Mukasey and former Sen. Robert Torricelli.

The former New York City mayor spoke passionately about the need for regime change in Iran, calling the NCRI the biggest threat to the theocratic regime, who he described as “maniacs” and compared to the mafia.

“They’re not only religious maniacs, they’re just plain common criminals, they are crooks, they are thieves,” he said. “To me, the mullahs are like the people who ran the mafia, the people I prosecuted who ran the mafia, and extorted their people, the Italian American people and subjected them, except this is on a much bigger scale, and the Ayatollah is like the head of the mafia.”

He pointed to the technology that had been used to hold the summit online as proof of the organization’s readiness for government. Using Zoom, the NCRI formed a backdrop of attendees behind President-elect Maryam Rajavi, and Giuliani said it allowed the gathering to be broadcast within Iran, despite the efforts of the regime.

“This organization is a total threat to them and when they see this gathering taking advantage of Zoom and modern methods of communication, and our ability to broadcast all throughout Iran despite their best efforts to block us, they realize they have a formidable foe,” he said.

“They can see how this group could easily stand up an interim government to what would be a bridge to a democratic, free, prosperous and wonderful Iran,” he said.

Rajavi, who has offered a 10-point plan to form a secular, democratic Iran, told attendees that the campaign for a free Iran had not been slowed down by the coronavirus pandemic, which had ravaged Iran and led to accusations that the regime has covered up the spread of the virus.

“In this resistance and in this struggle for freedom, nothing has been stopped and we are moving faster than ever before, and today the whole world is with you and have joined your campaign for a free Iran,” she told supporters.

The high-profile event was the target of a thwarted terror attack in Paris in 2018 and NCRI members have been the target of a number of alleged attacks in Europe and elsewhere.

The Trump administration has been putting pressure on the regime with a “maximum pressure campaign” since the departure from the Iran nuclear deal in 2018. After that, the U.S. reimposed sanctions on Tehran, and is urging the U.N. to extend an arms embargo due to expire in October.

In January, the U.S. took out Qassem Soleimani, the mastermind of Tehran’s military and terror strategies abroad, in an airstrike.

Meanwhile, a majority of members of the House of Representatives last month backed a bipartisan resolution that supports the Iranian opposition movement’s call for a secular, democratic Iran — and condemns Iranian state-sponsored terrorism.

The NCRI event will continue on Sunday and Monday with speakers focusing on human rights and the Tehran regime’s terror activities.