Free Iran 2021: Iranian Expatriate Summit And The Prospect Of Change In Iran 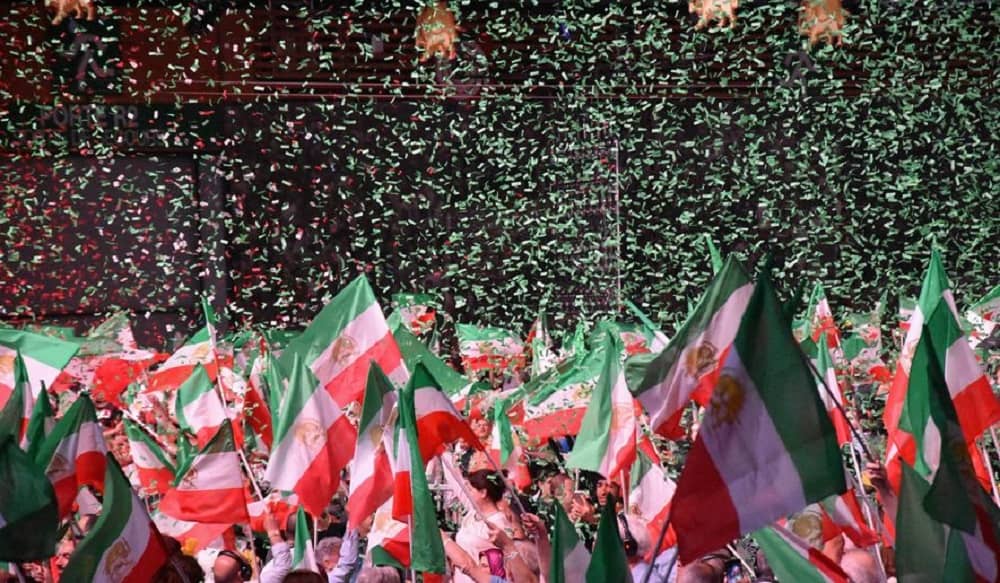 On Saturday, the Organizers of the Free Iran World Summit 2021 will begin hosting its annual international gathering. Past such events have featured a wide range of Iranian expatriate activists, as well as American and European lawmakers and foreign policy experts representing diverse political affiliations.

The event will be taking place less than a month after the vast majority of eligible Iranian voters participated in a boycott of the country’s presidential election. That effort had been aggressively promoted by the Resistance Units for more than two months beforehand, with public demonstrations, graffiti, and posters all specifically portraying it as a means to “vote for regime change.”

Tehran is naturally wary of acknowledging the widespread embrace of that message, though regime authorities did acknowledge that voter turnout for the June 18 election was the lowest for any presidential election in the 42-year history of the Iranian regime. The NCRI, however, has credibly accused the regime of inflating statistics and staging scenes at polling places to suggest that nearly half of the population visited polling places to express support for the ruling system.

Independent and dissident journalists collected thousands of video clips from polling places in hundreds of cities that suggested otherwise. The NCRI cited 1,200 such journalists in order to conclude that fewer than one in ten eligible voters cast ballots last month. Even among those who did, some of the ballots in question appear to have been deliberately rendered invalid, suggesting that they were intended as protest votes.

Such information speaks to the vast scale of public support for the electoral boycott, and that in turn suggests a similar level of support for the MEK, the NCRI, and their platform of regime change leading to a truly democratic system based on equal protection under the law and separation of religion from the state. Those principles are detailed in the 10-point plan written by Mrs. Maryam Rajavi, the President-elect of NCRI. The plan is presented to the international community anew at each summertime gathering of expatriate activists, and it has been duly embraced by some Western policymakers as underpinning a natural alliance between their governments and the Iranian Resistance.

In the wake of this weekend’s summit, activating that alliance will be at once more important and more practical than ever before. On the one hand, the architects of the electoral boycott are sure to face greater reprisals from regime authorities now that the sham election has concluded a process of power-consolidation involving some of the most hardline affiliates of the regime’s Supreme Leader Ali Khamenei. If the international community does not make assertive moves to prevent it, the new leadership is certain to oversee human rights violations that rival anything else from recent years.

This is really saying something, when one considers that as recently as November 2019, regime authorities killed at least 1,500 peaceful activists in a matter of days. But that death toll is indicative of the practical aspect of potential Western support for the Iranian Resistance. That is to say, such support would dramatically amplify the challenge already posed to the regime by a domestic protest movement that threw Tehran into a state of absolute panic less than two years ago.

The November 2019 crackdown emerged in response to a nationwide uprising that encompassed nearly 200 localities and featured chants of “death to the dictator” and other explicit calls for regime change. That message had previously been popularized by a similar uprising in January 2018, and it continued to find expression after the fact in more localized protests and in the boycott not only of the June 2021 presidential election but also of the February 2020 parliamentary election.

In light of the earlier boycott and in anticipation of the next one, NCRI Foreign Affairs Committee Chairman Mohammad Mohaddessin said in a press conference in May that wide-ranging avoidance of the ballot boxes would ultimately set the stage for further nationwide uprisings which would be “far more intense and widespread than in recent years.”

Signs of a pending uprising began to emerge the very day after the June 18 election, with workers in the petrochemical industry going on strike and staging protests which made it clear that they put no faith in President-elect Ebrahim Raisi’s promises of reduced corruption and economic revitalization. Additional protests have since erupted across different sectors of the economy and among the civilian population in general, and growing numbers of them are adopting the slogan “down with the Khamenei” to make it clear that they see regime change as the only solution to any of the country’s major problems.

This sentiment is sure to find a new outlet at the Free Iran World Summit, and the entire international community would be well advised to pay close attention. By listening to the messages coming from Iran itself, Western policymakers should develop a strong sense of what they can accomplish by supporting the right side in the emerging conflict between the regime and its people. Meanwhile, by listening to the NCRI’s detailed accounts of past crimes, especially those perpetrated by Raisi, the “henchman” of a 1988 massacre of political prisoners, those same policymakers should come to understand just how important it is to take action in defense of the Iranian people before the new presidency even begins.