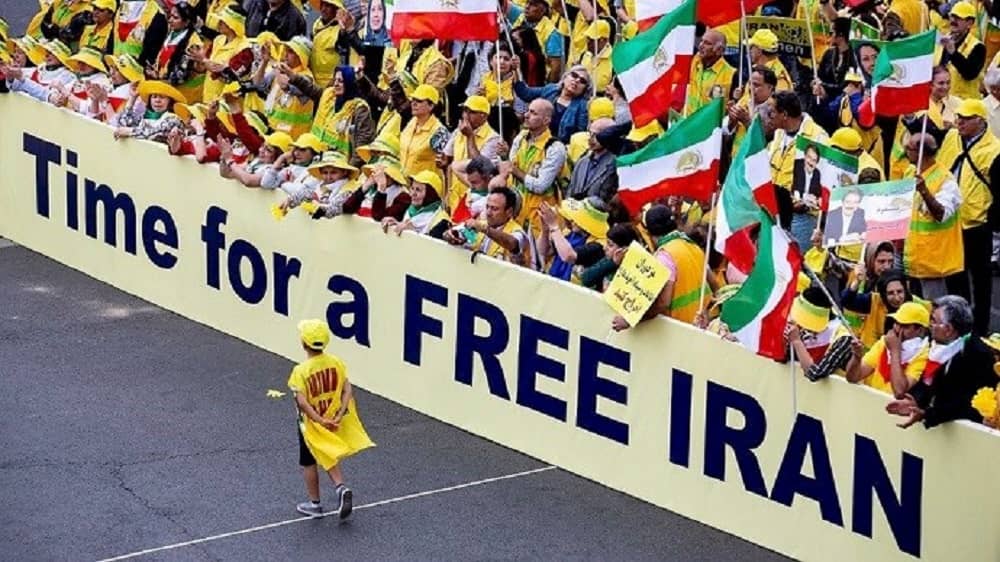 This Saturday marks the beginning of a three-day Free Iran World Summit to push for more assertive global policies toward the Iranian regime, including policies that support a large and growing civilian protest movement. The “Free Iran World Summit,” will link together Iranian expatriate communities throughout the world. According to the event’s organizers, over 50,000 locations would be connected to Ashraf 3, home to the members of the Iranian opposition, People’s Mojahedin Organization of Iran (PMOI/MEK).

In addition to ordinary participants, 1000 political dignitaries, including 250 lawmakers from the European countries, the Middle East, and Canada, along with 30 U.S. Senators and members of the U.S. House of Representatives would be joining the Free Iran World Summit.

The summit will take place less than a month after Iran’s latest sham presidential election, and if current trends persist it will closely coincide with large-scale demonstrations by workers and ordinary citizens inside Iran. These protests are a continuation of the activism that was on display during the sham election, in the form of coordinated non-participation in the tightly controlled political process. The regime’s new president, Ebrahim Raisi, was effectively unopposed in the race, having been designated by the regime’s Supreme Leader Ali Khamenei as the only acceptable choice and the latest instrument of Khamenei’s effort to consolidate power.

That project emerged in recent years as the clerical regime faced unprecedented threats from both domestic and international sources. Apart from the obvious challenges posed by economic sanctions and associated diplomatic isolation, Tehran has had to contend with the pro-democracy Resistance movement gaining momentum, to the point of clearly overcoming state propaganda that denied its very existence. In January 2018, Khamenei delivered a speech in which he begrudgingly acknowledged the social influence and organizational strength of the PMOI. His remarks to that effect were made necessary by the nationwide uprising that was then ongoing, which brought provocative slogans like “death to the dictator” fully into the mainstream.

That message set the stage for countless, loosely connected protests throughout the rest of 2018, and ultimately for another, even larger nationwide uprising in November 2019. The collective rejection of both political factions also found expression in the boycott of last month’s presidential election, as well as a similar boycott of the parliamentary election in February 2020.

The MEK maintains an active network inside Iran and in the wake of the sham presidential election, it cited reporting from 1,200 journalists in more than 400 cities to support the conclusion that fewer than one in ten eligible Iranian voters actually cast ballots on June 18. The labor strikes in the petrochemical industry broke out the very next day of the elections and were soon followed by other major protests which reinforced the notion that Iranians see no prospect of a solution to their numerous problems under a Raisi administration.

Free Iran World Summit will address the recent developments in Iran. Chief among these developments is an increase in the violent repression of dissent. Indeed, Raisi has already demonstrated his strong penchant for that sort of thing while holding his most recent position as head of the regime’s judiciary.

In that capacity, Raisi oversaw a spike in the regime’s already world-leading rate of executions, with capital punishment being extended to persons accused of such petty crimes as the consumption of alcohol. Other forms of authoritarian killing also accelerated under Raisi, especially following the outbreak of the November 2019 uprising. The regime’s supreme leader directed the regime to confront that uprising even more strongly than its predecessor, and the Revolutionary Guards immediately responded by opening fire on crowds, killing 1,500 peaceful protesters. For months afterward, reports continued to emanate from Iranian jails regarding the torture of people who had been arrested by the thousands in connection with the unrest.

This political violence did not, however, prevent public activism from flaring up again. In January 2020, following the IRGC missile strike that brought down a commercial airliner near Tehran, student activists and various other groups once again staged coordinated protests spanning at least a dozen different provinces. Once again, the message of the protests settled on an explicit call for regime change. And soon thereafter, this message became the driving force behind a MEK effort to promote electoral boycotts. Throughout Iran, the group’s “Resistance Units” painted graffiti, erected posters, and held illegal public demonstrations in order to say that non-participation in the political process was a means of “voting for regime change.”

Even before independent journalists reported upon empty polling places on June 18, the success of that appeal was evident from various public endorsements of the boycott movement. Informal labor unions, impoverished pensioners, victims of a government investment scheme, and others staged their own protests in the weeks leading up to the election, and in most cases, their issue-specific slogans were accompanied by statements such as, “We have seen no justice; we will never vote again.”

The Free Iran World Summit will serve as a venue for an advanced discussion of Western policies toward the Iranian regime. It provides the international community with vital insight into the deficiencies of their existing approach, as well as the importance of confronting Tehran and showing support for the Resistance movement at the immediate outset of the Raisi era.