MENUMENU
Articles > Former Democratic Sen. Robert Torricelli: No sanction is too tough until the Iranian people have their freedom

Former Democratic Sen. Robert Torricelli: No sanction is too tough until the Iranian people have their freedom 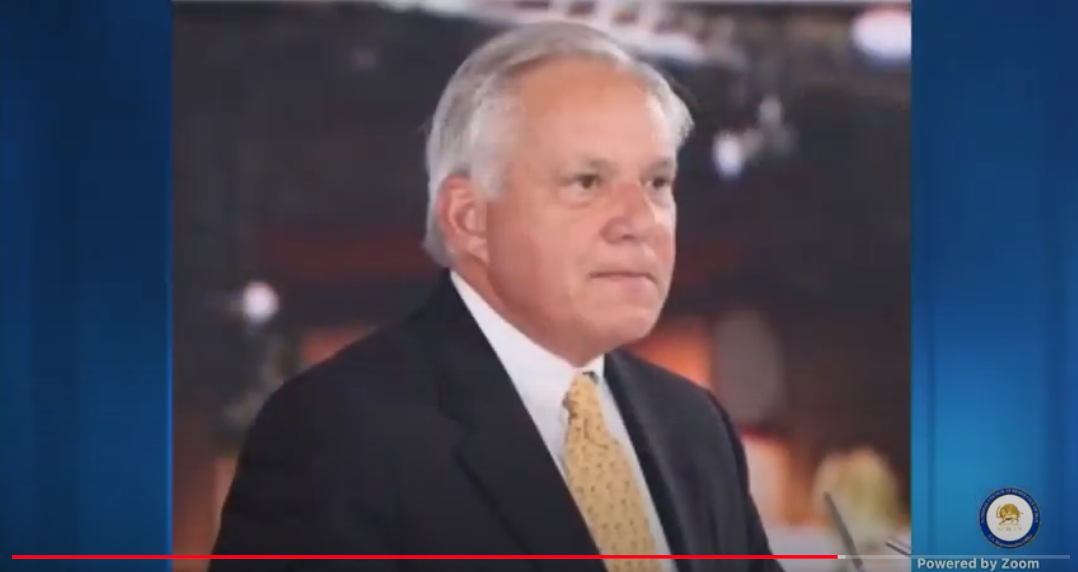 One of the conference speakers was Sen. Robert Torricelli, a former democratic senator representing New Jersey.

Well, first on this Nowruz, let me say to everyone in the Iranian American community, in the diaspora everywhere, and to those who may hear my voice in Iran, the happiest of new years. I hope everyone enjoys the holiday. And then when the holiday is over, it’s up again remembering that in this new year, like in every new year, we hope the Iranian people will finally find freedom for themselves, their children, and their country.

If there is one thing different this year, of all the times we’ve gathered in the past, I am left with an overwhelming sense of optimism but frustration watching the tragedy unfold in Ukraine: the Russian invasion, the loss of freedom, the disappearances, the tragic loss of life. And it occurs to me that as the world rises to defend the Ukrainian people, for 40 years the Iranian people have been experiencing the same thing just in slow motion. Their children disappearing, the loss of the most basic freedom, the imposition of an alien ideology, the imposition of leaders that they cannot choose, the loss of any economic opportunities, living in abject poverty and destruction.

We’ve been saying for 40 years, why the Iranian people? And many have rallied to our side around the world. But as we now see the international community in almost lockstep putting sanctions on the Russians for the destruction they’ve brought the Ukrainian people we ask ourselves how about Iran? Why is it different? And do the people of Iran frankly deserve less simply because they’re not in the heart of Europe? Do we not all have the same standards and the same rights?

And so, my message for this Nowruz would be the world see us in the same light. And as the administration negotiates with Tehran, mullahs insisting that the Revolutionary Guard be lifted from the terrorist list, we resoundingly say no. What has changed? How is the Revolutionary Guard any less terrorist today than they were yesterday or when they were killing American soldiers in Iraq? How are they less terrorist?

It’s a timely message, it’s a timely thing to think about as the Biden administration thinks about sanctions on Iran, whether they might be lifted in a new nuclear deal, as they’re imposed on Ukraine. The right answer is, the administration is right in Ukraine. No sanction is too tough until the Ukrainian people have their freedom back and their children have a future and they’re safe and secure. That’s the same policy for Iran. It is the same thing.

And so, my message for this Nowruz would be the world see us in the same light. And as the administration negotiates with Tehran, mullahs insisting that the Revolutionary Guard be lifted from the terrorist list, we resoundingly say no. What has changed? How is the Revolutionary Guard any less terrorist today than they were yesterday or when they were killing American soldiers in Iraq? How are they less terrorist?

Why? Because the possibility of bringing Iranian oil onto the market further squeezes the Russians? What kind of stand would that be for freedom in Europe? What kind of solidarity with the freedom of the Ukrainian people if we did it at the sacrifice of the Iranian people, and hypocrisy besides? If we can’t deal with the terrorist list honestly, we shouldn’t have it at all.

On this Nowruz, to everyone in the Iranian community everywhere, solidarity always. Those of us who may care about Iran but are not Iranian are no less determined the Iranian people will be free and this nightmare will end. Happy New Year to everyone, and thank you.

Iranian society is like a powder keg, ready to erupt with the slightest spark, says Soona Samsami
Comment
David Shedd: The IRGC has actively engaged in terrorist acts against the American people