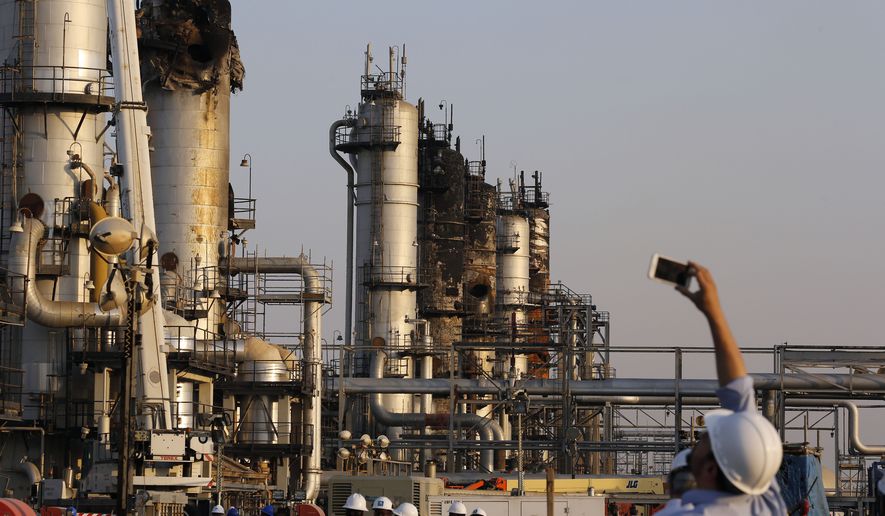 The largest resistance group to the Iran regime presented evidence on Monday that Tehran carried out the damaging Sept. 14 attack on Saudi Arabian oil facilities from a base inside Iran.

The National Council of Resistance of Iran held a Washington press conference to release a 22-page report based on its in-country intelligence network. The Albania-headquartered group declared that the authorization for the strike, using missiles and drones, came from the top mullah.

“Ali Khamenei, supreme leader of the regime, directly ordered the commanders of the operation to a conduct the attack,” the NCRI report said.

Iran has denied attacking Saudi Arabia and Iran-backed Houthi rebels in Yemen, fighting a brutal war against a Saudi-led coalition, has said they carried out the attack.

The Trump administration has yet to officially blame Tehran, as Saudi, U.S., European and UN investigators probe the attack. But privately, U.S. officials said there is mounting evidence that the resistance group is correct.

The council, working through member group the People’s Mujahedin of Iran (MEK), says it has developed a large network of sources inside the Islamic regime and has revealed nuclear developments and facilities that were later confirmed by U.S. intelligence.

The council’s report said the MEK  “has obtained exclusive and top-secret information sourced from inside the Iranian regime detailing the missile and drone attack carried out by the Iranian regime against the oil facilities of Saudi Arabia in Abqaiq and Khurais on September 14, 2019.”

The report said the Islamic Revolutionary Guard Corps (IRGC), Iran’s most powerful military group, “directed it at every step.”

It deployed commanders from Tehran to Khuzestan province in southwest Iran. There, the Omidiyeh air base unleashed Ya-Ali cruise missiles first unveiled in 2014.

Iran’s Supreme National Security Council approved the strike at a July 31, 2019 meeting attended by President Hassan Rouhani and Foreign Minister Mohammad Javad Zarif, the report said, at a time when escalating U.S. sanctions were taking a harsh toll on the Iranian economy.

“The simultaneous missile and drone attack on Saudi Arabia’s oil facilities on September 14, 2019 emanated from inside Iran and was a blatant act of war that Khamenei, Rouhani, Zarif and other regime heads were responsible for in deciding, approving and implementing” the mission, said Alireza Jafarzadeh, the council’s Washingtonoffice deputy director.

A defiant Mr. Zarif appeared on “Meet the Press” on Sunday, warning that “any war that the United States starts, it won’t be able to finish.” He called Mr. Trump, who so far has held off on a retaliatory strike against Iran, a “bully.”

“All we do is protect ourselves,” he said. “We are not at war with Saudi Arabia.”

Mr. Zarif was a negotiating partner with Secretary of State John Kerry in 2015 to hammer out a 10-year nuclear deal signed by the U.S., Iran, Russia, China and leading European powers. President Trump withdrew from the pact last year and has begun ratcheting up economy sanctions that the regime calls an act of war.

Also attending the war session was the commander of Iran’s Islamic Revolutionary Guard Corps, Qassem Soleimani. The IRGC’s air commander, the report said, “took the lead in implementing the operation.”

The MEK suggested a new attack is planned. It says the IRGC has moved new units to the base since Sept. 22. “There is no information on their orders,” the report said.

The report contained satellite images of the military base, missile production plants and the location of tunnels used to hide the weapons.