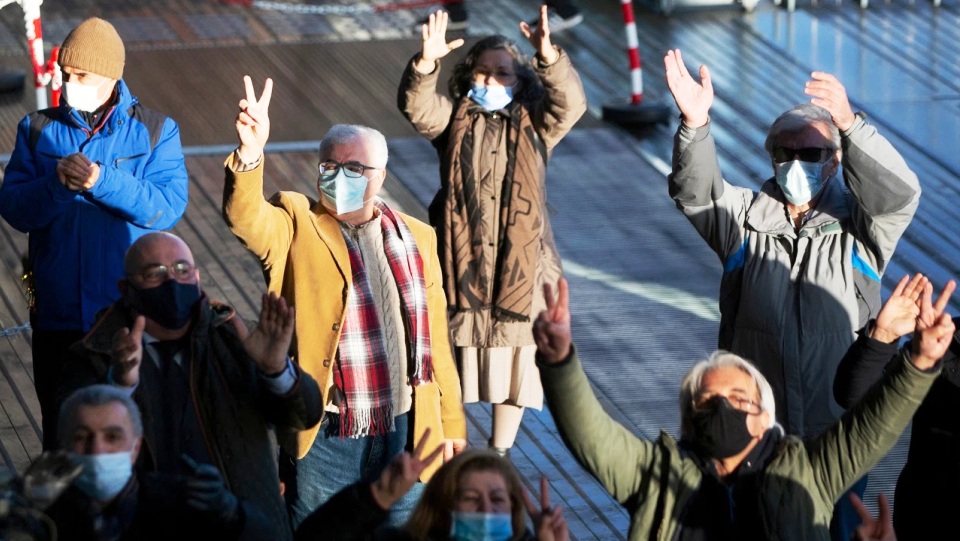 There’s nothing the Iranian regime won’t stoop to as it tries to keep its ironfisted hold on power. It would even risk murdering thousands of innocents on Western soil if it could assassinate an opposition leader. I know because I was one of them.

A Belgian court Thursday convicted an Iranian official of plotting to bomb a dissident rally outside Paris in June 2018. It hit Assadollah Assadi with the maximum sentence, 20 years, for attempted terrorist murder and working with a terrorist group.

He was an intelligence agent for the regime’s internal-security directorate Department 312, which the European Union classifies a terrorist organization, but he worked undercover as a diplomat in Iran’s embassy in Vienna. Three accomplices got sentences of 15 to 18 years. Belgium found the scheme was planned and approved by Tehran.

I remember waking up nearly three years ago to the news that I might have been murdered the day before. My head ached a little as I groggily grabbed my phone. I’d been up into the wee hours in deep discussion with Iranian-Americans and -Canadians in the hotel lounge.

It was my second time covering the annual event, organized by the exiled pro-democracy group the National Council of Resistance of Iran. The year before, I’d spent hours interviewing three young people who’d been jailed and tortured under so-called moderate President Hassan Rouhani. Many attendees had similar stories of the persecution they or their loved ones endured before escaping the Islamic Republic. Some shared their tales with me over bottles of wine as I distracted one couple’s cute children by installing a popular game on my phone.

Those children could be part of the future of a free Iran: Their parents plan to return if the regime falls and help their countrymen rebuild. But they might have been murdered, along with tens of thousands of others, if Belgian and German security services hadn’t foiled Iran’s plot at the last minute.

Assadi brought a pound of explosives and a detonator on a commercial flight from Iran to Vienna — he actually carried them in a diplomatic pouch! — then drove to Luxembourg to hand them off to an Iranian couple who’d been granted political asylum in Belgium.

Police arrested the pair as they drove their Mercedes to Paris the day of the event. Another accomplice was arrested, and Assadi was nabbed in Germany — where authorities said his diplomatic immunity from Austria didn’t apply.

The plot’s target was NCRI leader Maryam Rajavi; Iran blames her opposition group for anti-regime protests that have shaken the murderous mullahs.

Assadi appears to lead Tehran’s European espionage network: A notebook detailed 289 places in 11 European countries where he made contact with alleged agents. In prison, he was visited by Reza Lotfi, a liaison between Iran’s foreign ministry and intelligence agency.

Foreign Minister Javad Zarif first claimed the thwarted attack was a “false flag” operation — but it appears he was part of the plot. “The plan to attack was conceived on behalf of Iran and under its leadership,” Jaak Raes, chief of Belgium’s State Security Service, told prosecutors. “It was not a personal initiative of Assadi.”

The terrorist showed no remorse and refused to testify at his trial, claiming diplomatic immunity — but he threatened Belgian authorities that if he’s found guilty, unidentified groups could retaliate. Zarif hasn’t disputed the evidence either; his ministry simply claims diplomatic immunity makes the conviction invalid.

You might remember Zarif’s face from photos of him standing smiling alongside John Kerry, who as secretary of state helped negotiate the nuclear deal — and who out of office met with Zarif several times, trying to undercut President Donald Trump’s Iran policy.

Biden’s administration wants to meet with this murderous man again, in an attempt to re-enter the deal. Europe is anxious to see it happen. But the Paris plot proves this regime isn’t a good-faith actor. And it’s capable of plenty of death and destruction even without a nuclear weapon.

Kelly Jane Torrance is a member of The Post’s editorial board.