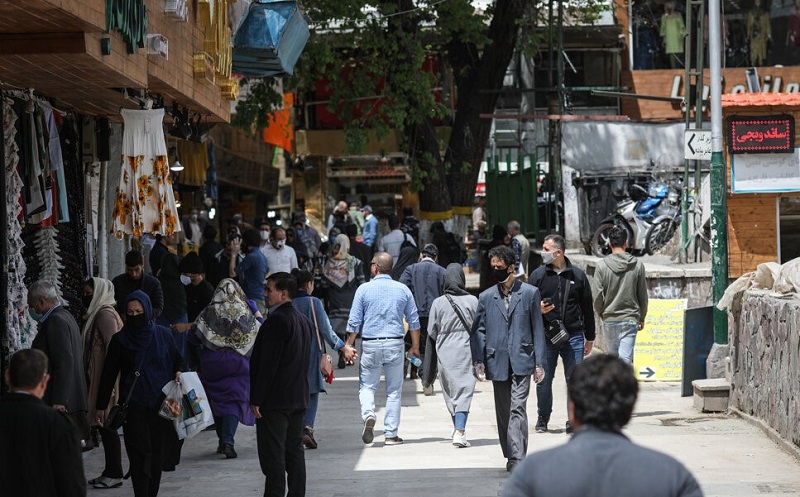 A spokesperson for the Health Ministry told the official news agency IRNA, today, that the number of victims in the past 24 hours was 141, adding that “There has been a significant increase in hospitalizations in Tehran Province.” According to Mehr news agency today, Iraj Harirchi, the regime’s Deputy Health Minister, announced the imposition of Coronavirus restrictions in the provinces of Khuzestan, Sistan, and Baluchestan, Hormozgan, Bushehr, Fars, East Azerbaijan, West Azerbaijan, Khorasan Razavi, Kerman, Tehran, and Alborz. He said, “Khuzestan has one-third of the country’s hospitalizations and deaths.” The Governor of Tehran was also quoted by the state news agency, ISNA today, as saying, “We suggested stopping the traffic plan.”

The director of the Infectious Diseases Department at Masih Daneshvari Hospital in Tehran told the state-run daily, Hamshahri, yesterday, “The number of hospitalized patients has exceeded the number of discharged patients … The unavailability of beds has made it impossible for us to be able to hospitalize some of them. In our opinion, Tehran is red.”

The deputy head of NCCT in Tehran told ISNA, yesterday, “We are facing exhaustion and extreme fatigue among the medical staff. The continuation of this process severely weakens their ability … and will lead to a very sharp increase in mortalities… The capacities are limited, and soon 100% of the ICU beds will be occupied.”

In North Khorasan Province, in Bojnurd and Shirvan alone, 2,700 new cases were registered during the first four days of the week, and at least 190 lives were lost, a high percentage relative to the Province’s population.

In South Khorasan Province, the director of the immunology section of Birjand’s University of Medical Sciences told Hamshahri daily, yesterday, “The number of Coronavirus infections in South Khorasan Province has increased ten-fold. All hospital beds are occupied. Earlier, the number of Coronavirus-related hospitalized cases were four to five people per day. Now it is between 45 to 50, daily. The number of deaths due to Coronavirus in the country is expected to reach 90,000 by the end of September.”

The governor of Western Azerbaijan Province told IRNA, today, “Eleven cities in the Province, including Urmia, Khoy, Mahabad, Bukan, Miandoab, Sardasht, Salmas, Oshnavieh, Takab, Piranshahr, and Naghadeh are red.” The president of the University of Medical Sciences was also quoted by ISNA as saying, “We would be obliged to install field-hospitals in the Province if the number of infected patients continues to increase.”

The governor of Hormozgan Province told Hamshahri daily, “New Coronavirus-related restrictions will be announced and imposed, in seven cities of the Province considered red, starting Friday.”

In Ardebil, the rise in the number of infections resulted in reopening two more hospitalization centers to accept new patients. Acting president of the Ardebil’s Medical Sciences University told IRNA today, “The number of patients in different Coronavirus wards in the Province had reached less than 100 previously. It has increased in recent weeks to 143 persons. Coronavirus will continue for the next two years.”

In Khuzestan, a Parliament Deputy told the Parliament’s website today, “Government officials did not make a single, decisive, and comprehensive decision to control the Coronavirus. They failed in making smart decisions to get the desired results. It now too late because we have lost many of our fellow residents due to the virus, and the country has incurred great costs.” He called for declaring an emergency in the Province and imposing stricter restrictions in Khuzestan Province.

The acting director of Khuzestan’s Health Center told the Province’s TV network yesterday, “The number of incoming patients is beyond the capacity of hospitals and has endangered the tolerance of our treatment system. If the situation continues as such, extreme exhaustion among the medical personnel will harm the treatment of the patients. The shortage of beds and ICU beds increases the danger of deaths.”

In Zanjan, the president of the Medical Sciences University told Rooz-e No yesterday, “In the past two days, more than 500 have been hospitalized throughout the Province, which represents a three-fold increase relative to previous days. It may increase four-fold today. All beds in the Province’s hospitals are full, with half of them allotted to Coronavirus patients. The treatment section is facing a shortage of personnel.”