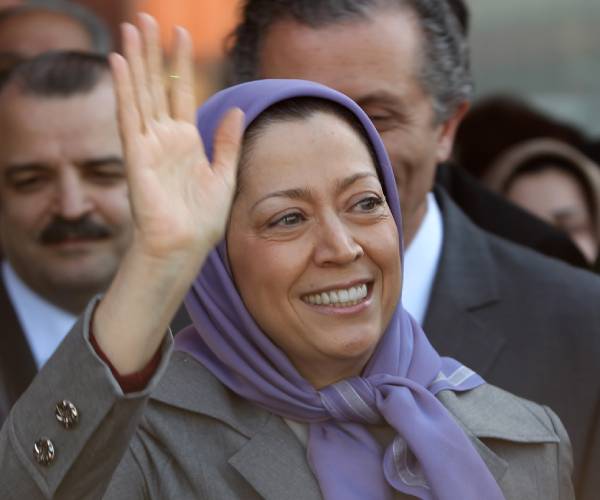 A majority of members of the House in a unique bipartisan way, offered a comprehensive solution for threats stemming from the Islamic Republic of Iran. The Resolution is comprehensive: It corrects deficiencies in policy discussions of Tehran.It emphasizes that Iranians, having been “deprived of their fundamental freedoms,” are “opposing religious tyranny working toward the establishment of a new and democratic form of government.”

The Resolution states that Congress “stands with the people of Iran who are continuing to hold legitimate and peaceful protests against an oppressive and corrupt regime,” and “recognizes the rights of the Iranian people and their struggle to establish a democratic, secular, and nonnuclear republic of Iran.”

The resolution called attention to “Madame Maryam Rajavi‘s 10-point plan for the future. It calls for universal right to vote, free elections, and a market economy.

Rep. McClintock said congressional language “comes at a time when the Iranian opposition to the regime, National Council of Resistance of Iran, (NCRI) is steadily gaining momentum, and has thus become a main target of the regime’s global terrorism.

Dozens of the regime’s “diplomats” as well as agents have been expelled or jailed by European nations: Belgium, France, Albania, as well as the United States have had plots, against NCRI officials.

The resistance remains as a target of repression in Iran. Many of its supporters were arrested for affiliation with NCRI. During November 2019, the regime murdered at least 1,500 innocent Iranians protesting its coverups, mismanagement and corruption.

These are by no means the only examples of coordinated opposition to the theocratic system, although they are arguably the most dramatic. The November uprising, in particular, was a showcase for the regime’s desperate anxiety in the face of a rising tide of pro-democracy activism.

As soon as it became clear that protests were set to outpace the prior year’s, authorities responded by firing live ammunition into crowds and indiscriminately arresting participants as well as other known activists.

Protestors in the November uprising are still being prosecuted for the crime of peaceful assembly. Many can be expected to languish in prison for years, where they will be subject to the typically inhumane conditions and deliberate abuses of the Iranian criminal justice system.

Public mention of the Resistance movement was considered taboo among Iranian authorities for many years, dating back to the aftermath of the massacre of political prisoners which killed an estimated 30,000 people in the summer of 1988, per Amnesty International.

But information about that massacre leaked in Khamenei’s comments followed a pattern established during the January 2018 uprising. Then, he credited the PMOI with “planning for months” to facilitate protests and popularize their provocative slogans.

The growing role of the People’s Mojahedin Organization of Iran (PMOI) inside of Iran only reinforces the importance of adopting Resolution 374 and making groups like the PMOI and its parent coalition, the National Council of Resistance of Iran, a regular part of policy discussions regarding the Iranian regime.

Those groups have always been a vital part of any plan for removing the theocratic dictatorship or establishing a genuine democracy in the heart of the Middle East. Their efforts set the stage for accomplishing this outcome with a minimum of investment from Western powers, either in financial terms or in terms of direct intervention.

In 2018, European authorities disrupted a plot by Iranian operatives to bomb the NCRI’s annual gathering, per The Wall Street Journal\. It draws together tens of thousands of Iranian expatriates outside Paris, along with hundreds of political supporters from the U.S., Europe and elsewhere.

They, like a majority members of the House expressed for the 10-point plan of Madame Rajav, president-elect of the Iranian Resistance. A similar gathering is scheduled to take place later this summer, 2020, and Iran has only grown more desperate in the intervening two years.

In short, with Tehran’s bid to crush the Resistance, Iran undertakes any operation it believes it can get away with. H. Res. 374 goes a long way toward regime change in Iran.

Prof. Raymond Tanter (@AmericanCHR) served as a senior member on the Middle East Desk of the National Security Council staff in the Reagan-Bush administration, Personal Representative of the Secretary of Defense to international security and arms control talks in Europe, and is now Professor Emeritus at the University of Michigan. Tanter is on the comprehensive list of conservative writers and columnists who appear in The Wall Street Journal, Townhall.com, National Review, The Weekly Standard, Human Events, The American Spectator, and now in Newsmax. Read Raymond Tanter’s Reports — More Here.

The truth is out about Iran's economic meltdown
Comment
Coronavirus Death Toll Exceeds 63,700 in 341 Cities Across Iran