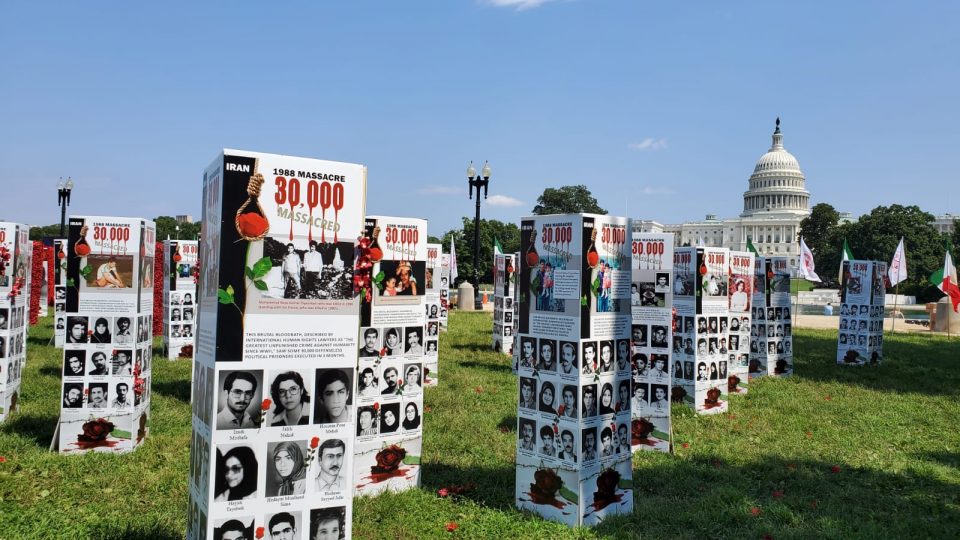 2020 has been a trying year for the entire international community, and certainly so for the regime in Iran. Coming off of a year of widespread protests across the nation in 2019,  2020 opened with the elimination of Quds Force Commander and master terrorist Qassem Soleimani. That game-changer was followed by more anti-regime protests in January, and the boycott of the sham parliamentary elections in February, a crushing blow to the regime’s aura of popularity and legitimacy. The months to follow brought the pandemic, aggravated by murderous inaction, criminal mismanagement, and a deliberately delayed response from the regime. Covid-19 has tragically left approximately 112,000 Iranians dead as of this writing.

Given the pressure facing the regime on multiple domestic and international fronts, the last thing Tehran needs is a unified U.S. policy on Iran. The U.S. is, of course, a key player in shaping an international Iran strategy, and a consensus approach will provide the support necessary to reinforce the conditions needed for regime change by the people of Iran.

What does a united approach look like? One example is  House Resolution 374. Entitled “Condemning Iranian state-sponsored terrorism and expressing support for the Iranian people’s desire for a democratic, secular, and non-nuclear republic of Iran,” the resolution received the bipartisan support of 221 members. It referred to “Mrs. Maryam Rajavi’s 10-point plan for the future of Iran, which calls for the universal right to vote, free elections, and a market economy, and advocates gender, religious, and ethnic equality, a foreign policy based on peaceful coexistence, and a non-nuclear Iran.” Important to note is the mention of Iranian dissidents and the support expressed for the people of Iran in their legitimate anti-regime protests, which have included chants such as “death to the dictator.”

Another example is the unanimous passage of House Resolution 752, “This resolution states that the House of Representatives stands with the people in Iran engaged in legitimate and peaceful protests against an oppressive and corrupt regime. The resolution also condemns the Iranian regime’s serious human rights abuses and destabilizing activities abroad and calls on all democratic governments and institutions to clearly support the Iranian people’s right to live in a free society.” H. Res 752 also makes note of the politically motivated executions known as the 1988 Massacre, during which 30,000 dissidents were executed across a three-month span.

Beyond legislative action, a stellar array of top American policy and national security figures with years of service in both Democratic and Republican administrations have come out in support of the Iranian people and their resistance movement for a free Iran. Last month, the “Trans-Atlantic Summit on Iran Policy” was held online to an audience of Iranians across 10,000 locations. Former New York City mayor Rudy Giuliani; General James Jones, first National Security Advisor to President Obama; General Jack Keane, former Vice-Chief of Staff of the United States Army; Hon. Newt Gingrich, former Speaker of the House; former senators Joseph Lieberman (D-CT), Robert Torricelli (D-NJ), and Kelly Ayotte (R-NH); and Ambassador Robert Joseph, former Undersecretary of State for Arms Control and International Security, addressed the conference. They were joined by Hon. David Jones and Hon. Bob Blackman, senior members of the United Kingdom’s House of Commons; Hon. Giulio Terzi, former Foreign Minister of Italy, and Hon. Pandeli Majko, former Prime Minister of Albania, from the other side of the Atlantic.

The online event saw a bipartisan coalition of over 30 US lawmakers from both chambers of the US Congress, whose remarks touched on the criminal and vicious nature of the regime as well as the inspiring efforts of the Iranian people to demand a free and democratic society. Senator Marco Rubio’s (R-FL) statement captured the collective view: “This battle, your battle, our battle, is not simply to keep Iran from getting a nuclear weapon, not simply to keep Iran from continuing to sponsor terrorism—this is all very important—the real battle is to give Iran back to the Iranian people so they can reclaim the greatness of an extraordinary civilization and once again be the home of a peaceful country in which people from all different backgrounds live together and contribute to the world.”

Senator Bob Menendez (D-NJ), took a very strong bipartisan stand: “While in Congress we may have differing approaches about the best way to address the threat from Iran, rest assured that we remain united against the regime’s fundamental abuses against its citizens, oppressing and denying fundamental rights to women, jailing peaceful activists, threatening journalists. Moreover, we stand united in our efforts to prevent Iran from continuing to export its ideology in the form of terrorist actors and destabilizing activities. And we are united in preventing Iran from being able to threaten her neighbors and the world with a nuclear weapon.”

By all indications, the regime is buckling under the weight of the domestic pressure of nationwide dissent and protests, and international isolation. A unified U.S. front is a nightmare. The recent bipartisan Congressional initiatives as well as statements by former policy and national security officials, only add to what has been a disastrous 2020 for the Tehran regime.