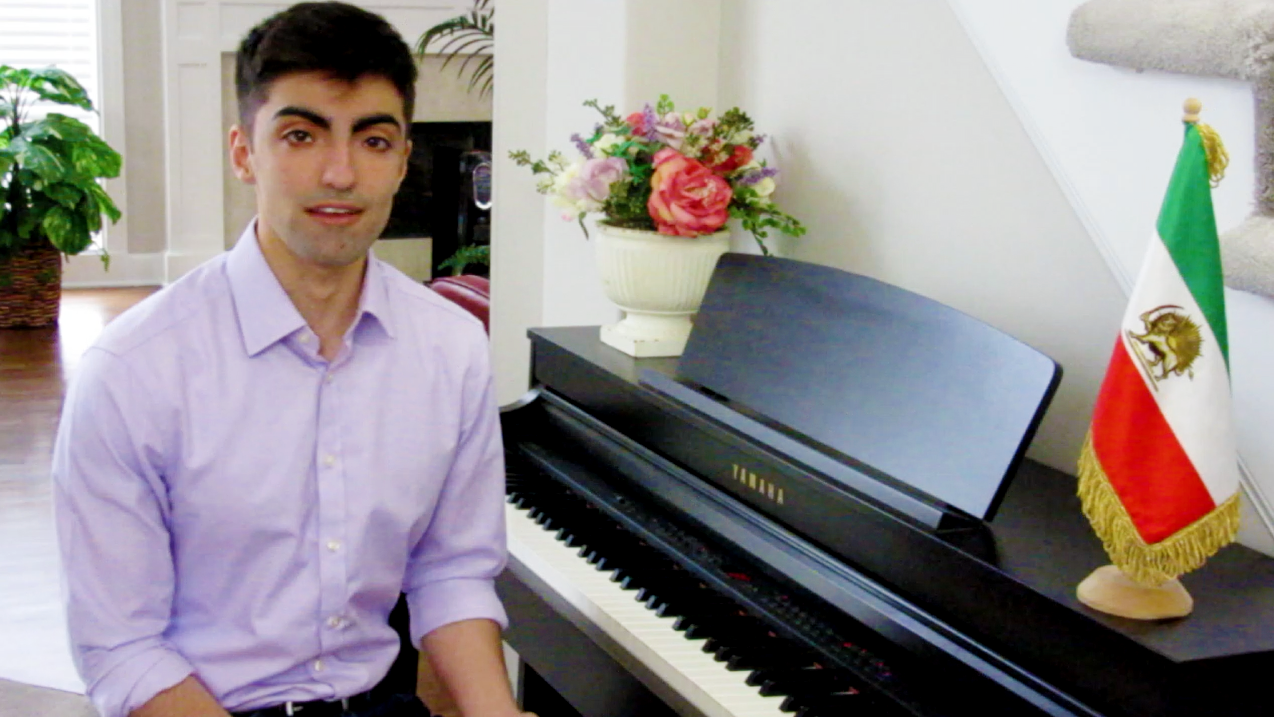 One of the conference attendees, representing the younger generation of the Iranian-Americans, was Seena Saiedian, a student at UC Berkeley. Below is what Seena had to say before playing the piano:

Good morning distinguished guests, thank you all for joining us today to celebrate the Iranian new year.

My name is Seena Saiedian and I am a student at the University of California at Berkeley.

While the dawning of spring is meant to be a time of celebration in Iran, the new year also provokes a sense of reflection in all of us. And as members and friends of the Iranian-American community, we cannot forget the common cause that we all gathered here today to support. We cannot also forget the sacrifices and efforts that all of us here have made in our commitment to a free Iran.

On behalf of the younger generation of young Iranian Americans, I’d like to thank all of you for your enduring policy advocacy for freedom and democracy in Iran.

And in the spirit of celebrating Iranian culture and the new year, I’d like to play a short song called Gole Goldoon which roughly translates to blossoming flowers. And to me, the song invokes a sense of hope for a new era blooming for the youth in Iran. And I hope that feeling is shared among all of you.