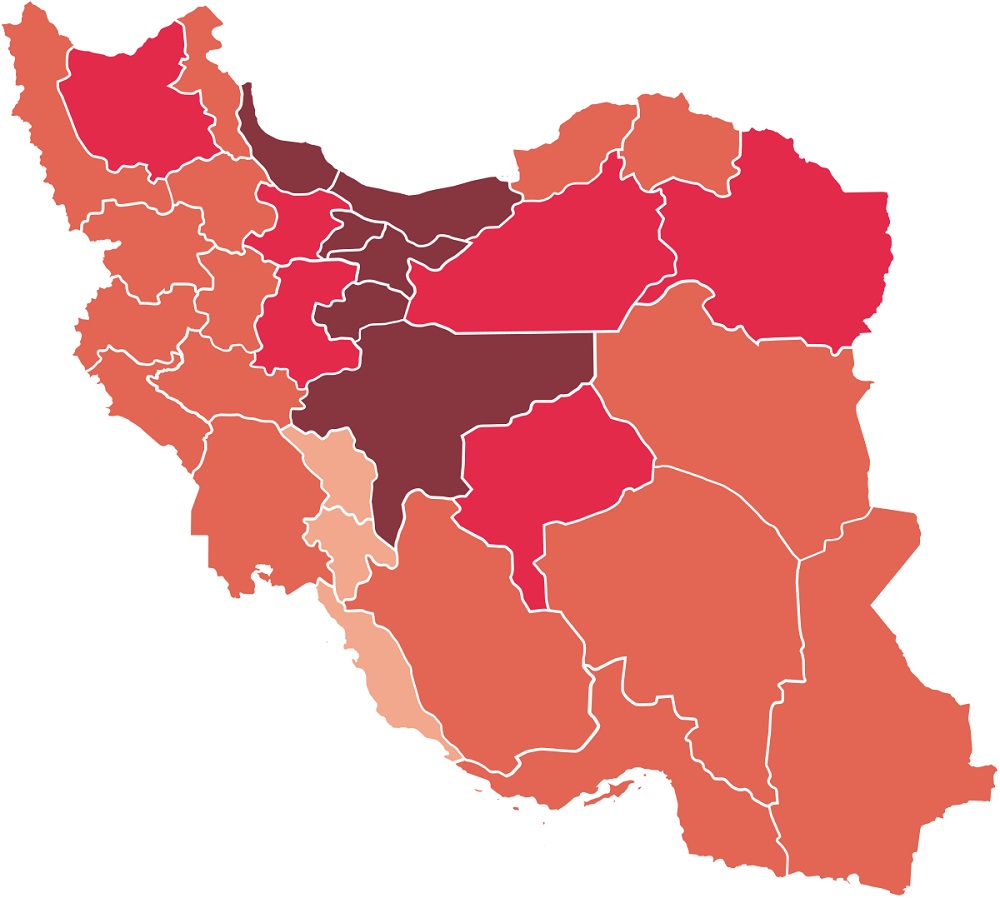 The Iranian regime acknowledged the coronavirus outbreak after several weeks of cover-up, leaving the Iranian people uninformed and defenseless against the virus to ensure a high turnout in the rallies marking the anniversary of coming to power on February 11 and in the sham parliamentary elections on February 21. To hide the real scale of the coronavirus outbreak, the regime is also engaged in a cover-up by releasing false figures and refusing to warn Iranians about the dimensions of this threat.

Everywhere else in the world, the population and the government are united in the campaign to combat the virus. In Iran, the Iranian people and the regime are on two different sides.

The following study has been compiled based on hundreds of documents from within the regime and includes classified information as well as field reports by the network of the People’s Mojahedin Organization of Iran (PMOI/MEK) in different cities and provinces. It aims to compare the actual figures of COVID-19 casualties in Iran with those released by the regime. The comparison will lay bare the extent of the regime’s cover-up as regards the impact of the coronavirus in Iran.

In examining reports and statistics, only definitive reports that were corroborated by several credible sources have been taken into consideration. Given the difficulty of obtaining all the details because of the Iranian regime’s tight censorship and efforts to prevent dissemination of information, the figures provided by the Iranian Resistance are lower than those floating on social media or reported by citizen journalists. The following is an excerpt of this document. The full text is attached below.

The report sheds light on the spread of coronavirus in Iran and its casualties. It explores the statistical analysis of reports obtained from across the country where the spread of the virus was confirmed. Examination of reports in every province shows that the figures reported by the regime are five to ten times smaller than the actual figures. After its delegation returned from Tehran, the World Health Organization (WHO) declared on March 17 that the actual number of people infected with coronavirus in Iran is five times larger than what the regime has announced. The gap between the truth and the regime’s facts is widening as Iran’s coronavirus crisis unfolds.

This report also examines admissions made by regime officials in state-run media and proves that even the regime’s own officials admit that their official statistics are fabricated and untrue. Meanwhile, the regime is systematically arresting and punishing anyone who provides actual information about the coronavirus outbreak. The regime’s senior officials have resorted to an engineering a campaign of lies. As the French daily Le Monde quoted a “physician from a Tehran hospital who did not want to reveal his/her name,” the regime’s strategy is to “keep the statistics at the lowest level possible.”

Information gathered from different Iranian provinces, official affirmations in the regime’s media, and international experts’ leave no doubt as to the enormous lying and cover-up by the regime in respect of figures related to coronavirus infection rate in the country.

Hundreds of facts from different provinces in the country show that by its –at least three week delay, if not more, in announcing the virus outbreak, the regime caused the uncontrollable spread of the infection all over Iran. This delay is the main reason for unreasonable lying by the regime’s highest officials as to the reality of the pandemic.

Hundreds of facts from every Iranian province and city show that the official count is five to ten times less than the actual figure concerning the spread of the virus. Estimations from inside the regime, as well as international experts’ views, confirm the statistics.

Reuters news agency on March 16 quoted Dr. Rick Brinan, regional manager for the WHO: “Iran has the third-highest caseload after China and Italy, with nearly 13,000 confirmed cases.”

However, Brennan, who has just returned from a mission to Iran last week, said that “the number of cases reported could represent only about a fifth of the real numbers. “

But because of the extensive spread of the virus in the remotest villages and deprived parts of the country, and the general repression on the part of the regime as well as the limits of WHO’s mission throughout Iran, the true extent of the disaster can exceed the estimation.

By providing correct figures on the coronavirus spread in Iran, the NCRI and the MEK informed the world public opinion of the danger threatening the Iranian people as well as the people of the region and the world through the mullahs’ regime’s cover-up.

The lengthy criminal cover-up was the most crucial factor contributing to the explosive spread of COVID-19 in Iran and the loss of thousands of lives and the regional contamination. This deliberate crime by the regime depicts a terrible catastrophe waiting for the Iranian people in the future because of the coronavirus spread.

The mullahs’ regime cover-up of the coronavirus spread is a flagrant violation of WHO’s rules, especially that of the body’s general assembly resolution adopted in 2005. Article six of the said resolution signed, among others, by the regime, is explicit: “All member countries should, under 24 hours, report incidents susceptible to be an international health emergency as well as medical measures undertaken against those incidents by the most suitable means to the WHO.” Khamenei and Rouhani and other ranking officials of the regime should thus stand before international justice on charges of crime against humanity.