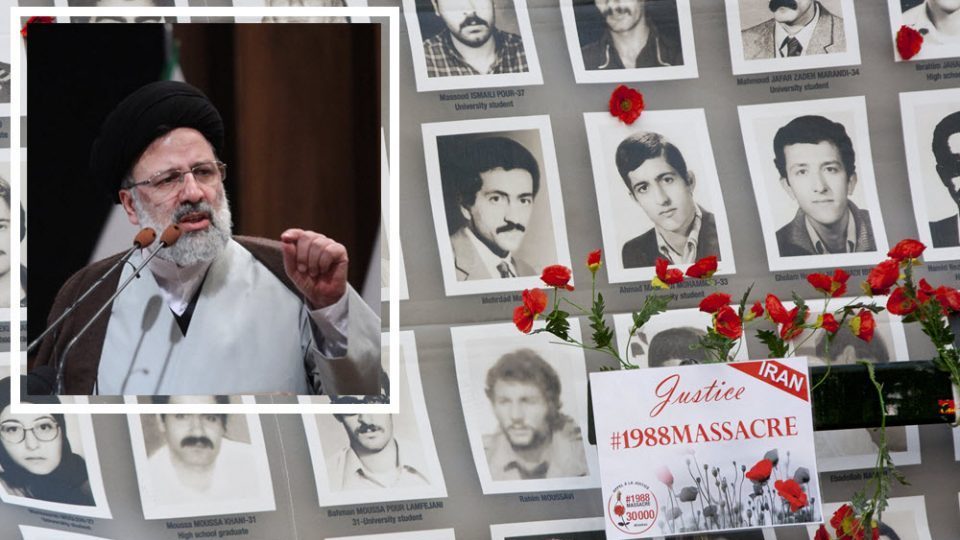 Why would the clerical regime install someone like Raisi, who is rightly a magnet for such visceral international and domestic condemnation?

Khamenei’s decision was out of desperation. In order to protect his regime from compounding crises and popular uprisings, he needed to close in ranks. Raisi is Khamenei’s protégé and owes his political life to him. After entering into the regime’s judiciary in 1979 as an uneducated thug with an unquenchable penchant for killing democracy activists, Raisi passed the ultimate test of fealty to the Supreme Leader and his regime in 1988.

In that year, the 28-year-old was appointed along with three other mullahs to lead the Death Commission, responsible for the execution of at least 30,000 political prisoners across Iran.

On Saturday, Amnesty International said, “That Ebrahim Raisi has risen to the presidency instead of being investigated for the crimes against humanity of murder, enforced disappearance and torture, is a grim reminder that impunity reigns supreme in Iran.”

At his first post-election news conference, Raisi was asked about his role in the 1988 massacre. He shamelessly reiterated that “he should be commended” for committing the massacre.

Mrs. Maryam Rajavi, the President-elect of the National Council of Resistance of Iran (NCRI), said: By expressing pride for his past crimes against humanity, it is evident that Raisi intends to continue them in the future.

And therein lies Khamenei’s method to the madness. Khamenei and his regime are horrified about the looming popular uprisings. An incredible degree of social outrage permeates all layers of society. Since 2017, four unprecedented uprisings have broken out that shook the regime to its core.

All of the causes of those uprisings are still active. The economy is in ruins, and Iran is in the top 10 list of the most miserable countries in the world. Young people are looking for a change.

The suppressive barriers erected by the regime to hold off the torrent of disenchantment are no longer holding up. Cracks are appearing. And in Khamenei’s mind, Raisi is his last-ditch attempt to regroup and forge new lines of defense against the people and their uprisings.

Through their massive boycott of the regime’s sham election, the Iranian people once again showed that their only vote is to overthrow the regime. The world must stand in solidarity with the Iranian people and their organized democratic opposition, which is calling for a free, democratic, secular, and non-nuclear republic. Engagement or appeasement of this murderous regime is now even more unjustified and immoral than ever before.

But simply condemning Raisi’s dark past is not enough. He is one player among a who’s who of cruel criminals ruling over Iran. International investigations into the 1988 massacre must finally be launched, and, on that basis, Raisi and other officials must face justice for the heinous crimes they have committed against the Iranian people. Anything less would encourage more suppression and crimes by the regime.