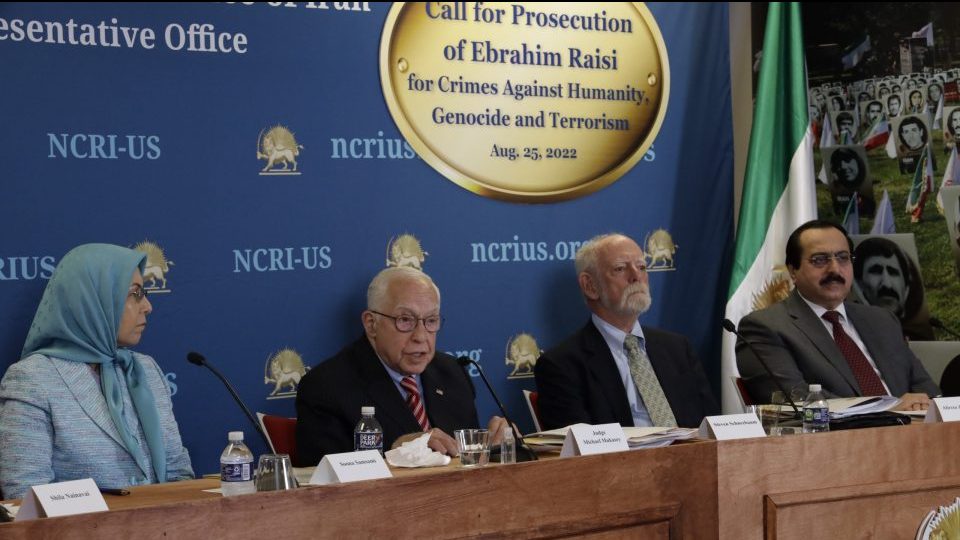 Thousands to Stage Rally Across UN, Calling for Raisi’s Prosecution, Responsible for Crimes Against Humanity and Genocide During the 1988 Massacre in Iran

WASHINGTON, DC — Thirteen more plaintiffs have joined a federal lawsuit against the Iranian regime’s president Ebrahim Raisi for crimes against humanity and genocide, bringing the total number of plaintiffs to 16.

The lawsuit, filed in the United States District Court for the Southern District of New York on August 17, 2022, charges Raisi with genocide, crimes against humanity, extrajudicial killings, and torture, among other offenses. The Alien Tort Statue (ATS) and Torture Victim Protection Act are the statutory basis of the lawsuit, which was initiated and facilitated by the National Council of Resistance of Iran (NCRI).

The plaintiffs are survivors or direct relatives of the victims of the 1988 massacre in Iran, which was carried out based on a fatwa by the regime’s then Supreme Leader, Ruhollah Khomeini, against members and supporters of the main Iranian opposition movement, the People’s Mojahedin Organization of Iran (PMOI), also referred to as the Mujahedin-e Khalq (MEK).

On Wednesday, September 21, thousands of Iranian Americans, supporters of the NCRI and the MEK, will stage a major rally at 9:00 am at Dag Hammarskjöld Plaza (47th Street and 2nd Avenue) against Ebrahim Raisi as he addresses the UNGA, and will call for his prosecution for crimes against humanity and genocide.

BACKGROUND:
In the summer of 1988, based on a fatwa (edict) issued by Ruhollah Khomeini, the founder of the Iranian regime, 30,000 political prisoners already serving their terms, were murdered within a few months, 90% of whom were MEK activists. Many prominent international jurists have described this massacre as a clear example of crimes against humanity and genocide. Ebrahim Raisi, who was the deputy prosecutor of Tehran at that time, as one of the four members of Tehran’s Death Commission, personally sent thousands of political prisoners to the gallows in two minutes “trials.” During the November 2019 nationwide uprising, 1,500 defenseless demonstrators were killed while Raisi, as the then Judiciary Chief, directly played an active role in the massacre of the demonstrators.

Ebrahim Raisi Is a Mass Murderer; Stop Providing Him Impunity, Diplomatic Legitimacy
Comment
America shouldn’t allow the Iranian killer of my husband and 30,000 others to address the UN this week