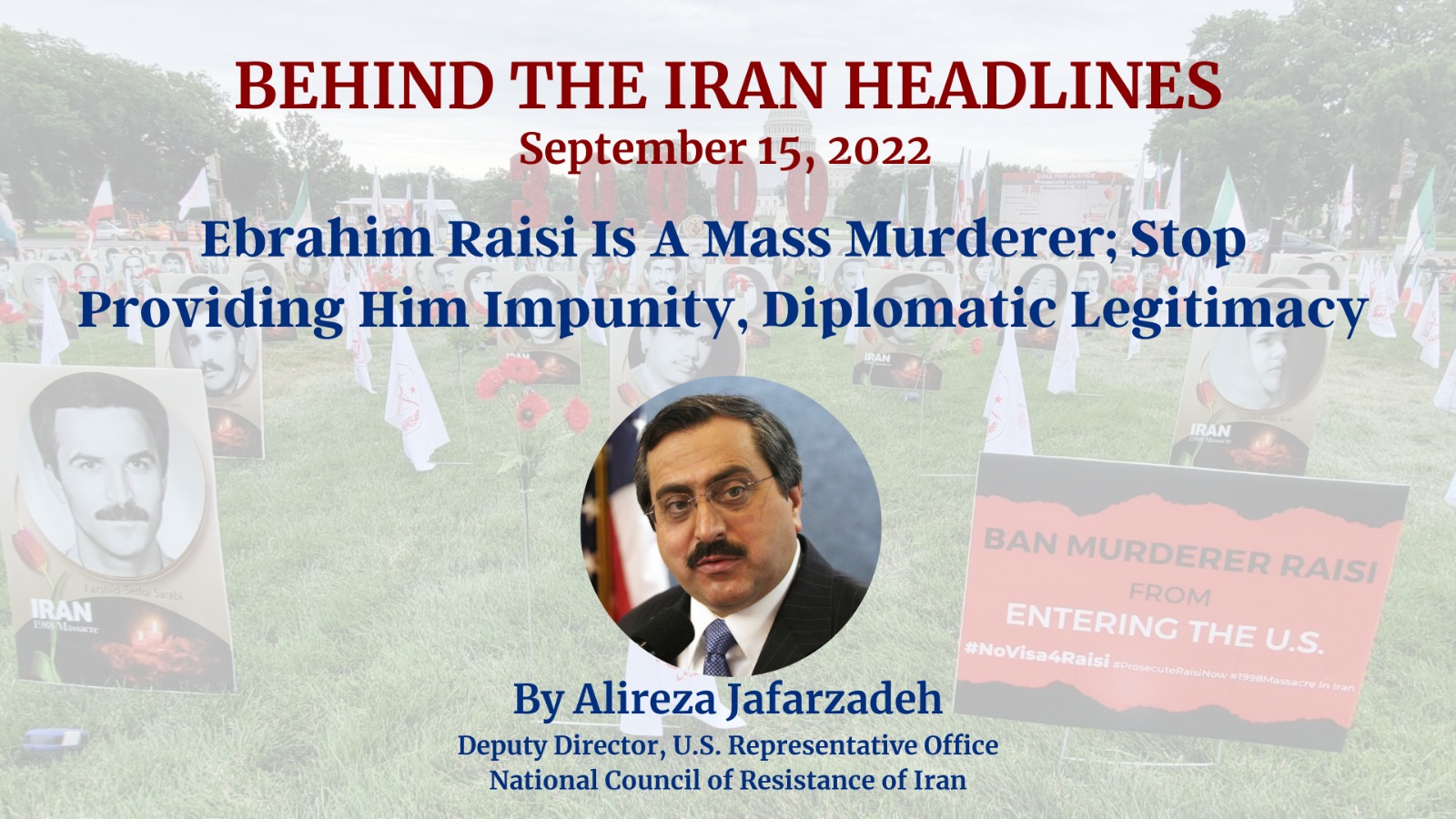 The planned travel to the United States by Ebrahim Raisi, the Iranian regime’s president to attend the UN General Assembly on September 21st, is facing condemnation from all quarters; from the Iranian Americans, US congress, and human rights organizations.

He has a well-documented direct role in the 1988 massacre of 30,000 political prisoners, more than 90% of whom were affiliated with the main Iranian opposition movement, the MEK. This is a clear case of crimes against humanity and genocide for which he has not yet been held accountable.

Last year, the regime’s Supreme Leader Ali Khamenei, in a bid to maintain his grip on power, opted for further domestic repression and regional aggression. He handpicked Raisi, the henchman, to quash the relentless anti-regime protests and uprisings across Iran with the kind of savagery he displayed in 1988. After one year, Raisi has failed and the regime is faced with more domestic unrest, and international isolation.

The next step in the U.S. should be to end impunity for crimes against humanity and genocide by the likes of Ebrahim Raisi and to bring him to trial instead of giving him and his regime diplomatic legitimacy. The regime has shown that it only abuses the internationally recognized norms of diplomacy for spreading terrorism and increased nuclear defiance, as well as domestic repression.