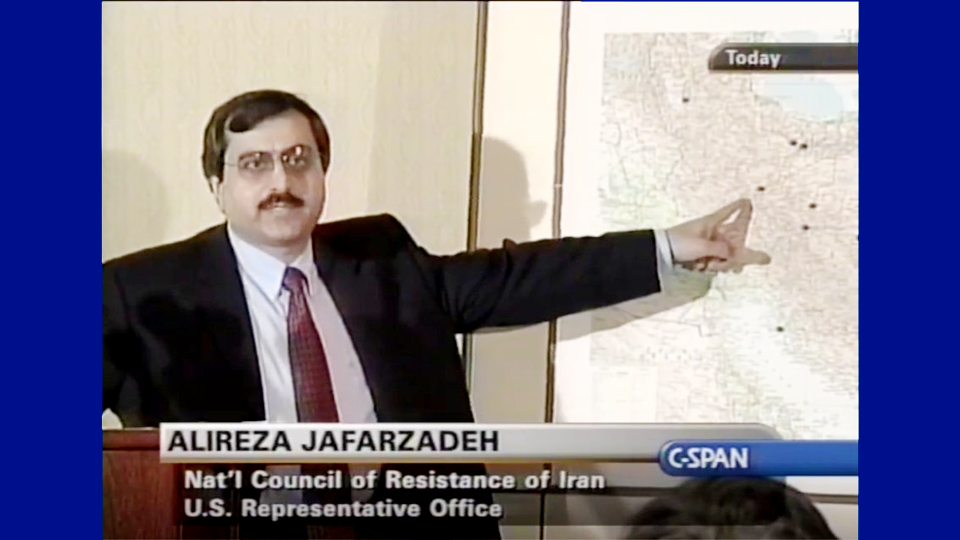 Iran: Mixed Signals on MEK, Newsweek, April 11, 2005: At a March 16 press conference, the president said Iran’s hidden nuclear program had been discovered not because of international inspections but “because a dissident group pointed it out to the world.” White House aides acknowledge that the dissident group cited by the president is the National Council of Resistance of Iran (NCRI).”

President, George W. Bush, White House Press Conference, March 16, 2005: “Let me review the bidding on this,… Iran has concealed its — nuclear program. That became discovered, not because of their compliance with the IAEA or NPT, but because a dissident group pointed it out to the world, and — which raised suspicions about the intentions of the program… And as a result of those suspicions, we came together with friends and allies to seek a guarantee that they wouldn’t use any nuclear program to make weapons.”

U.S. President, George W. Bush, February 17, 2005: “Remember, this all started when they — we found them enriching uranium in an undeclared fashion. And it happened because somebody told on them. It was an Iranian group that brought forth the information.”

Vice President Dick Cheney, December 6, 2007, interview with Politico Magazine: “The reality is that if you go back to a few years ago, Iran had two programs. They had one program to enrich uranium that was headquartered in Natanz, which was covert until it was disclosed in about 2002, if you remember, by political opposition figures inside Iran. And Iran at that point acknowledged, yes, they do have an enrichment program at Natanz. And after that it was subject to IAEA inspection.”

Secretary of State Condoleezza Rice, interview with Los Angeles Times, March 25, 2005: “It was a dissident group that exposed Natanz.”

Congressman Brad Sherman (D-CA): “We all owe a debt of gratitude to the MEK for bringing this information to the world, and causing the United States and the world to focus on the problem.”