Uprising Study Says a “Revolution” is Brewing in Iran 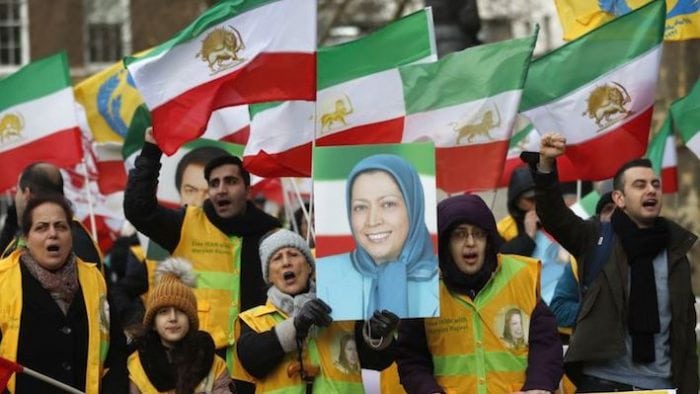 On December 28th, 2017, a wave of mass protests against the Khamenei regime erupted, spreading to 142 cities in all 31 provinces. Now, a new study published by E-International Relations fleshes out several key aspects of the last December-January uprising and the nationwide protests and strikes which have continued ever since in Iran. The thoroughly-researched analysis, entitled “Is Revolution Brewing in Iran” is authored by Dr. Ramesh Sepehrrad, Adjunct Faculty at George Mason University, and includes an ample amount of in-depth data, charts, and statistics.

The analysis concludes that the December uprising was not “just another routine protest which every now and then takes place in Iran. Its remarkable coordination of tactics and messaging across the country, its arduous preemptive discipline, and its undeniable and unified desire to overthrow the regime, are far different than previous protests.” It is the harbinger of “a revolutionary movement.”

Sepehrrad study examines the roots, geographical and demographical distribution, message, actions, and the change agents of the protests which, as she so succinctly phrases it, put “the political and ideological unraveling of the ruling regime” on display for the world to see.

Noting that “the protesters are mainly from the lower middle class who mostly have fallen below the poverty line in recent years,” she observed that “Iranians’ everyday forms of resistance against the regime’s misogyny, violence, corruption, embezzlement, fraudulent elections, coercion, blackmail, nepotism, and mafia-style governance have now converged in a movement indicating no further tolerance for the dictatorship.” The protests also included representation of Iran’s diverse and rich ethnic groups: Turks, Kurds, Turkmen, Arab, Taleshi, Baluch, Lor, Bakhtiari, and Ghashghai, she writes

In respect to the geographic width of the protests, Sepehrrad writes that “Unlike the 2009 protests, one of the most noticeable characteristics of the recent uprising was its vast geographical distribution.” The data also reveal a strong correlation between cities with mass graves of the victims of the 1988 massacre, where about 30000 political prisoners were executed in the span of several months, and the protest locations.

In what Sepehrrad describes as “purposeful collective action,” the nationwide protesters “in response to the use of brute and inhumane force by the state security units,” embarked on destroying the security forces’ vehicles, and attacking targets such as governmental buildings, judicial and security centers, and local religious seminaries.

Another aspect of Sepehrrad’s study was her analysis of the nationwide slogans as key and direct indicator of the political depth of the uprising. She observed that by far the majority of slogans called for an end to the regime and the most popular slogan was “Death to the Dictator” along with more explicit slogans which “targeted both Khamenei and Rouhani, indicating a strong popular sentiment and desire to overthrow the entire regime.”

In her opinion, one of the most noteworthy aspect of the uprising was the popularity of the “Reformists, Hardliners! your game is now over” and “Death to Rouhani,” slogans which made it amply evident that “the revolutionary nature of this uprising has put an end to the three-decade long myth of reform in Iran.”

Other very popular slogans according to the statistical data she has collected were “Independence, Freedom, the Iranian Republic” and those slogans denouncing “the regime’s adventurist and very costly foreign policy, hegemonic goals, and relations with countries like Russia, the Syrian dictator and non-state entities such as Lebanon’s Hezbollah and Yemen’s Houthis.”

Sepehrrad writes that the available data confirms the People’s Mojahedin Organization of Iran (PMOI), also known as the Mujahedeen-e- Khalq (MEK), had a key role in directing and advancing the protests, noting that “their effective role in the recent uprising can be fully observed and assessed through the Iranian regime’s reaction.”

She notes that “As the protest reached 54 cities on its fourth day, in a very unusual and highly humiliating measure by the head of government of a supposedly top regional power, Iran’s President Hassan Rouhani called French President Emmanuel Macron to criticize the MEK’s ‘presence in Paris’ and complain about how they were ‘provoking and persuading people’ to engage in protests.”

Also, on January 9th, Khamenei, the regime’s Supreme Leader, said the plan for the uprising “was in the works for months” by the MEK – the key member of, as he termed it, a “triangle of enemies,” along with the United States and Saudi Arabia, according to Sepehrrad.

“On the third day of the uprising, Ali Shamkhani, Secretary of Iran’s Supreme National Security Council, announced that the MEK is ‘carrying the banner’ and the ‘scenario’ for this uprising.

Meanwhile, Rouhani’s Spokesman, Mohammd Baqer Noubakht, told a press conference that the MEK ‘is not sitting idle. The situation is most desirable for them. They are networking and preparing for bigger incidents to come,’” writes Sepehrrad.

In her assessment, “the Iranian regime has ample reasons to fixate on the MEK because they know other groups lack the MEK’s level of organizational skill, network, dedication, resources and willingness to risk their lives to defeat the repressive theocracy.”

In conclusion, Sepehrrad states that, through protesters “collective efforts, clarity of message and mission,” it is clear that a “revolutionary movement” has now emerged and the so-called “reformist” camp “can no longer hijack and derail the popular movement for real change because the movement now is calling for a revolution and not a phantom reform.”