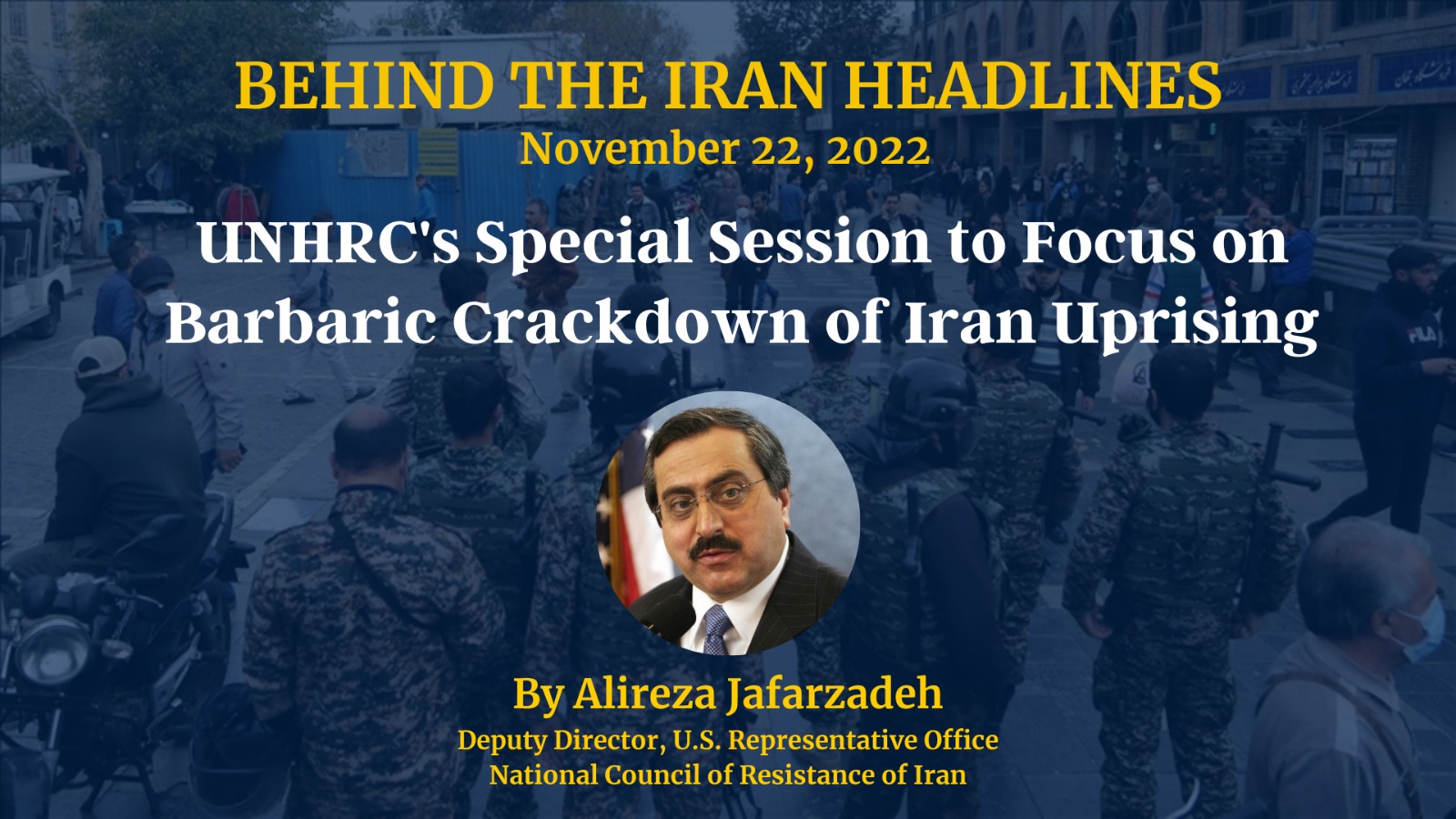 The Human Right Council of the United Nations is going to discuss the rising number of killings, particularly the murder of teenagers and minors, in Iran as the clerical regime attempts to quash the nationwide uprising, nearing its 11th week. The protests have rocked more than 243 cities in all 31 Iran provinces.

At least 625 protesters have been killed by the regime, mostly by direct shooting. The main Iranian opposition movement, the Mojahedin-e Khalq, the MEK, has identified 503 of them by name, many with their pictures. Among those murdered are at least 60 children.

In addition, some 30,000 have been arrested.  Over 1,000 have been issued their sentence during kangaroo-style show trials. A number of protesters have been sentenced to death.

This is the first time that the United Nations’ top rights body will hold an urgent meeting, reportedly set to convene this week, to consider a draft resolution that would call on the UN body to create a high-level international investigation to probe the killings during the recent protests.

This would be consistent with a call made repeatedly by Mrs. Maryam Rajavi, the president-elect of the National Council of Resistance of Iran. Mrs. Rajavi has additionally called for an investigation into the killing of at least 1,500 protesters in November 2019, the massacre of 30,000 political prisoners in 1988, and the killings and torture in Iranian prisons over the past four decades.

The goal is to bring to justice the culprits of the crimes against humanity in Iran. The culture of impunity must end. Now is the time to do it. This would also be an important step for siding with the Iranian people as they are paying a heavy price for their democratic revolution in the making every day.