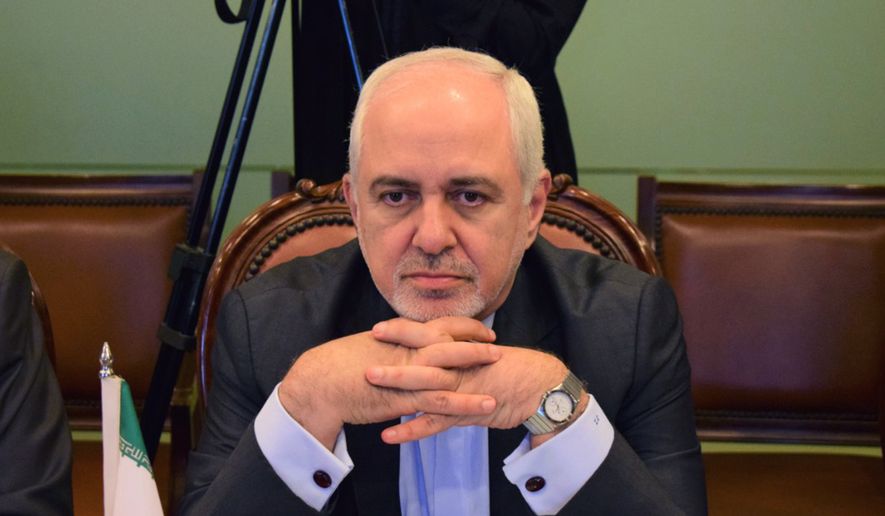 The Trump administration has made the decision to push for regime change in Iran, whether U.S. officials want to admit it publicly or not. There is no “negotiating” with the mullahs in Tehran, even if multiple American presidents in recent history have attempted to do just that, with disastrous results.

Donald Trump is the first American president in a long time to be willing to use the full weight of American power to protect American interests.

Europe is experiencing this phenomenon today, as the European Union squirms to keep its firms on the Iranian dole, while attempting to avoid U.S. sanctions. The convoluted “special purpose vehicle,” or SPV, that Europe established to get around U.S. sanctions on Iran is a slap in the face to world peace, the rule of law and shared interests with the United States. Europeans simply do not care about Iran obtaining nuclear weapons, especially while they sit under the U.S. nuclear umbrella, and powerful countries such Germany have grown accustomed to paying essentially nothing for their own security.

Mr. Trump saw all of this a long time ago of course, and reversed President Obama’s misguided attempts to deal with the murderous mullahs, which was made to order to facilitate their eventual membership in the nuclear club.

Mr. Obama showered the Iranian leadership with billions of dollars as well, receiving nothing in return but increased terrorist activity and ballistic missile tests by Tehran. Mr. Trump has increased the financial pressure on Tehran, with more to come. The mullahs are clearly feeling the pain.

Iran has tried to play the victim, manifested through the deceitful protestations of Iranian Foreign Minister Javad Zarif. Mr. Zarif has been on the TV circuit, offering to anyone who will film him his loud, self-righteous and ridiculous portrayal of the thuggish mullahs as somehow deserving of global sympathy.

Meanwhile the Iranian people continue to suffer greatly under the mismanagement, thievery and overwhelming corruption of the regime in Tehran. From the lack of water and basic consumer goods to the arrest and killing of their children who protest the evil government, the Iranian people have had enough. Illegal protests continue to mount.

In an interesting Middle East twist, Russia’s state-run media recently reported that Iran is attempting to push Russian military forces out of their strongholds in Syria, established to support the Assad regime. Moscow is worried that the Iran’s Revolutionary Guard Corps wants to insert a Hezbollah-like force where Russian assets currently sit, including the warm water port at Tartus. Iranian ships docked this week at the Mediterranean port of Banias, greatly concerning the Kremlin, or they wouldn’t be writing about it publicly.

The evil alliance of convenience linking Russia, Iran, and China could be coming apart at the seams as the pressure from the Trump administration mounts.

Meanwhile, Mr. Trump is moving more American forces to the region, as a step to protect existing U.S. assets more than anything else.

The bottom line is that solving the Iranian problem would not just improve American security and that of our allies, but other nations may benefit as well. Iraq would cease to be an Iranian proxy, and Syrian President Bashar Assad would be much less willing to use chemical weapons on his own people.

Lebanon’s Hezbollah would cease to exist in its current form and Iran’s terror operations throughout the world would be curtailed. The fall of the mullahs would also take a load of pressure off of Israel and clear the way for a real peace accord for the region. The Palestinians would no longer have their main benefactor for Hamas in Gaza and elsewhere.

Yes, the mullahs need to go. It’s time. President Trump is the only world leader who can get it done.

L. Todd Wood is a former special operations helicopter pilot and Wall Street debt trader, and has contributed to Fox Business, The Moscow Times, National Review, the New York Post and many other publications. He can be reached through his website, LToddWood.com.