MENUMENU
Articles > The protests are about the overthrow of the regime, NCRIUS deputy director says

The protests are about the overthrow of the regime, NCRIUS deputy director says 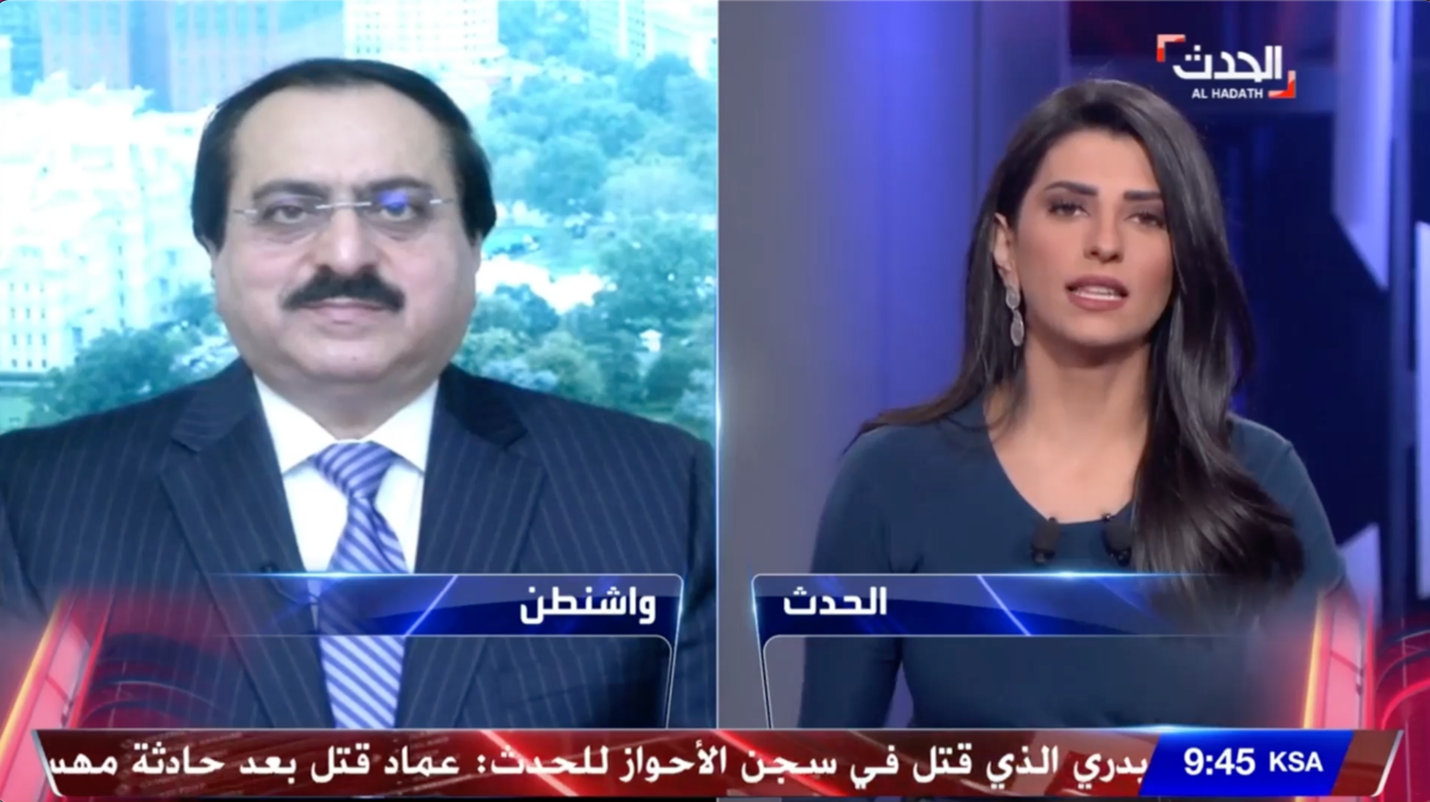 In his Interview with Alhadath television, Alireza Jafarzadeh, Deputy Director of the Washington office of the National Council of Resistance of Iran, dove into the topic of the uprising in Iran three weeks after protests in Iran sparked by the death of Mahsa Amini, a young innocent girl who was murdered under the excuse of not wearing the hijab in accordance with the regime’s repressive standards.

Alireza Jafarzadeh explained that this uprising is notable because of its focus on the regime in particular. The protests that started with a demand for justice in the name of the innocent girl quickly elevated to demanding for Khamenei’s overthrow. Additionally, the youth and the women are also joining in after getting rid of the fear that was raining. In fact, Jafarzadeh discusses the strong implication of women who are now at the forefront of these demonstrations and leaders of the resistance groups, saying there is a history of women leadership in the Iranian Resistance.

According to Jafarzadeh, unlike the several different protests that took place throughout the years in Iran, this one has not only reached more than 176 towns and all 31 districts of Iran but has also gotten international acknowledgment. When asked about the reliance of Iran on the international community’s cooperation, Jafarzadeh insisted on the importance of putting pressure on the Iranian regime by Western countries. He explained that the United States and the European Union must take the side of the Iranian people and recognize their right to overthrow the regime. As he explained in the interview, Iran’s political system at the moment is about to collapse and has no future ahead of it. Any effort to try to keep it in place is going to be absurd. He then encouraged the viewers to look at the advantages Iran might get from having an actual democratic republic that the Iranian people are fighting for. Iran could have good relations with other countries in contrast to sending terror agents and militias all around the world. It could finally hold a message of peace and love instead of terrorism in the Western world.

When asked about the policies and sanctions being discussed by the European Union, the deputy director said that the EU and the US know what to do. Seeing that there is a regime collapsing in Iran, a regime not accepted by the majority of Iranians, the Western countries need to prevent the funding from arriving at the regime. Jafarzadeh says that the Revolutionary Guards as well as their arming sources must be stopped. However, he also emphasizes that the measures taken by the EU are not severe enough. He affirms that the Iranian regime should undergo sanctions as serious as the ones set on Russia regarding their invasion of Ukraine or how the Apartheid regime in South Africa was isolated by the rest of the world.

Asked about the role of the U.S. Congress, Jafarzadeh said that there is increasing pressure being built by the U.S. Congress in a bi-partisan way. There are several resolutions filed by both parties in support of the protests in Iran. He mentioned that several members of the U.S. Congress who met with Maryam Rajavi, the president-elect of the National Council of Resistance of Iran in Europe, and talked about Iran’s future and the changes that will hopefully happen. Finally, Alireza Jafarzadeh ends the interview by talking about president Biden’s declaration of protecting university student protests in Iran and insisting that Biden’s words should be transformed into actions.

The Iranian woman, as a historical identity, did not emerge yesterday
Comment
Resistance official says Tehran is built on killings, export of terrorism, and development of nuclear weapons, but its days are numbered